Home Brexit May to EU: No second vote and no Brexit extension 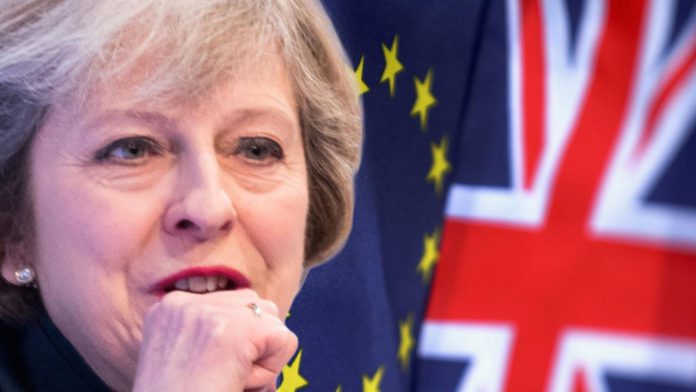 SALZBURG, Austria — Theresa May told her fellow EU leaders that there will be no extension to the Brexit negotiations and no second referendum, according to a senior U.K. government official familiar with the prime minister’s address over dinner at the European summit.

In her first address to EU leaders since publishing her Chequers compromise plan, May said the U.K. has produced a “serious and workable proposal,” which maintained a close economic partnership between the two sides while also respecting the referendum result and maintaining an open Irish border.

“I know we won’t agree on every detail but I hope you will respond in kind. The onus is now on all of us to get this deal done,” she said, according to the official.

“We all recognize that time is short but delaying or extending these negotiations is not an option. I know that for many of you, Brexit is not something you want, but it’s important to be clear: there will be no second referendum in the U.K.”

May met Belgian Prime Minister Charles Michel Wednesday and will hold talks with Irish PM Leo Varadkar before breakfast Thursday. She will then hold talks with Council President Donald Tusk after lunch before flying back to London.