Home Brexit Theresa May set for ‘showdown’ with Cabinet over Brexit 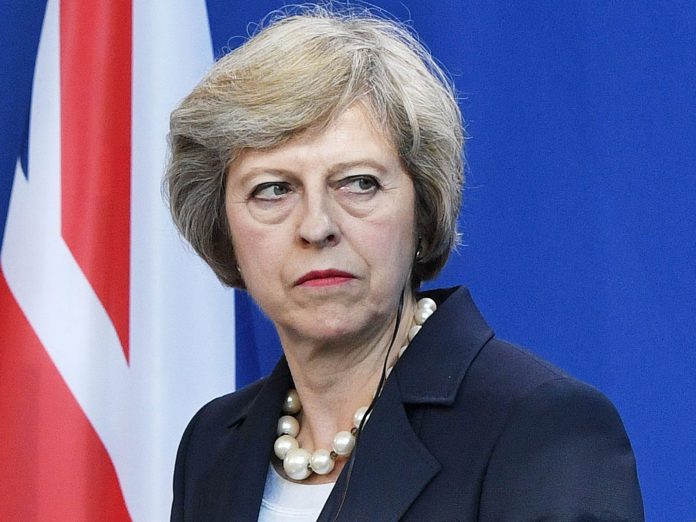 Most of the British papers previewed Tuesday’s highly anticipated Cabinet meeting, with Brexit expected to be the main topic of debate.

— The Times said Brussels was preparing to back a compromise proposal on Ireland in a “Brexit boost” for Prime Minister Theresa May. The paper says “senior EU figures” will put forward an “independent mechanism” by which the U.K. could end a temporary customs arrangement with the bloc.

— The Express said May’s Cabinet was demanding the PM fight back against Brussels or risk Brexit being destroyed.

— The BBC news website said May had condemned a group of people who burned a model of Grenfell Tower on a bonfire. The Evening Standard said five people were arrested over the incident.

German papers reacted to news that former spy chief Hans-Georg Maaßen had been relieved from his post at the head of the Federal Office for the Protection of the Constitution.

— Deutsche Welle wrote that Interior Minister Horst Seehofer was “disappointed on a human level” to have to put Maaßen into forced temporary retirement.

— T-Online agreed, saying Seehofer was visibly disappointed at having to fire his ally.

— Frankfurter Allgemeine reported on a speech by the EU’s chief Brexit negotiator Michel Barnier in which he suggested talks were still at an impasse over the “sensitive issue” of the border on the island of Ireland.

— Der Spiegel noted that European Commission First Vice President Frans Timmermans is now the Socialists’ lead candidate for next year’s European election after his only rival for the role withdrew. He speaks seven languages and has the support of SPD leader Andrea Nahles, the magazine noted.

The collapse of three apartment blocks in central Marseille on Monday made the headlines.

— The website of TV channel LCI said at least 10 people were missing and two injured. The causes of the buildings’ collapse is unknown.

— Libération reported that former French Interior Minister Gérard Collomb was reelected mayor of Lyon on Monday but “has not won the war” and will need to work hard to stay in power after 2020.

— El País said Spanish Prime Minister Pedro Sánchez was putting forward laws to close public spaces that venerate dictator Francisco Franco. The government also decided it will not allow Franco’s remains to be exhumed and reburied in the Almudena cathedral in Madrid, the paper said.

— 20 Minutos said at least 17 migrants had been found dead off the coasts of Melilla and Cádiz in the past 24 hours.

— State broadcaster RTVE said judges and prosecutors would strike on November 19 over a salary dispute.