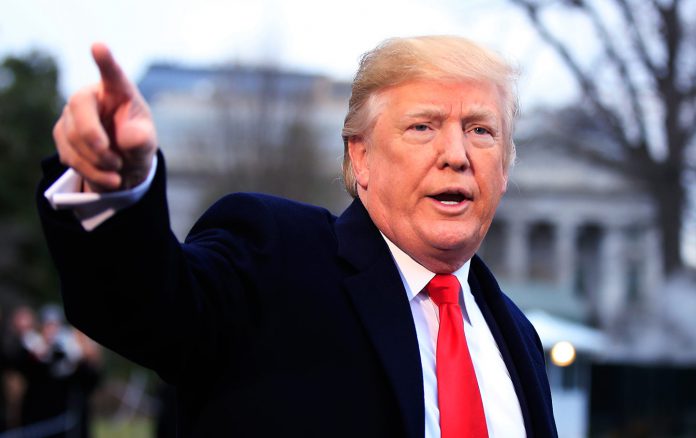 U.S. Republicans have tried to walk a precarious line in recent weeks, expressing sympathy and support for victims of sexual assault, like Dr. Christine Blasey Ford, while at the same time suggesting that the #MeToo movement has become a partisan weapon.

The nuanced approach has crashed head on into a major obstacle: President Donald Trump, who at a Tuesday night rally ridiculed Ford’s partial memory of Kavanaugh’s alleged assault, just a week after he suggested that many public accusers are seeking fame and money.

That is not the preferred approach of many prominent Republicans and lawmakers, who understand that many female voters are likely to be outraged by signs that they are dismissing women who say they are victims of sexual assault.

White House aides and congressional leadership had hoped Trump would stick with the line of Kavanaugh’s plight as a culture-war story of liberals running amok to smear good men for political gain.

“We strongly oppose the weaponization of the #MeToo movement,” said Penny Nance, the head of the conservative group, Concerned Women for America, and herself a survivor of sexual assault. “I just think that thoughtful people around this country will take a moment and recognize the damage it does to justice if we allow this process to be politicized.”

Nance did not dispute that many of the women who have come forward against prominent men over the past year are telling the truth. But she said to POLITICO and in a letter sent to Sen. Jeff Flake this week that Kavanaugh’s accusers, including Ford, had not provided enough evidence to back up her allegation, or to justify toppling his nomination.

Speaking on Fox News on Wednesday morning, White House counselor Kellyanne Conway struck a similar note, hinting that a well-intentioned movement had spun out of control.

“We have to make sure we’re not blaming an entire gender for what individual men have done,” Conway said.

Speaking on the White House lawn Tuesday, Trump put the point more bluntly, suggesting that the MeToo movement — which polling shows the majority of Americans attribute to larger societal problems, not bad individuals — had created a climate of fear for American men.

“I say that it’s a very scary time for young men in America when you can be guilty of something that you may not be guilty of,” the president told reporters on the White House lawn.

Even some of Trump’s staunchest allies are growing unsettled by his recent rhetoric, which has outraged millions of women who consider Ford highly credible. Trump has escalated his verbal attacks on Ford in recent days, even as Republicans are trying to narrow the parameters of the Kavanaugh debate. They say that decades-old charges of behavior — which the judge denies — don’t belong in the same category as allegations that have toppled numerous famous and powerful men in recent months.

“President Trump went through a factual rendition that I didn’t particularly like and I would tell him to knock it off. You’re not helping,” Sen. Lindsey Graham (R-S.C.) said at The Atlantic Festival Wednesday.

Democrats, meanwhile, are taking the opposite tack — seizing on the Kavanaugh battle to energize a national conversation about the treatment of women and the importance of treating even hard-to-prove accusations extremely seriously.

The ACLU released an ad on Monday in key Senate swing states that shows Kavanaugh’s image alongside that of Bill Clinton, Bill Cosby, Matt Lauer, and Harvey Weinstein, men of different professions all accused of sexual harassment or assault.

“We thought he was an unacceptable choice for the Supreme Court before the allegations,” Fallon said, citing Kavanaugh’s record on voting, civil, and reproductive rights.

For Democrats, Ford’s testimony and the Republicans’ minimization of it gives liberals additional ammunition to try to block the confirmation process and rally voters before November.

“The boorish and chauvinist side of the Republican party is on display,” Fallon added. “If they succeed in pushing him through, given allegations of sexual misconduct and the questions raised about his temperament, then Republicans will face intense backlash as soon as November.”

Now this fight over Kavanaugh’s confirmation has vaulted the #MeToo movement into the realm of partisanship, even after it ransacked the worlds of media and business without the same allegations of bias. #MeToo taken down everyone from mega movie producer and Democratic donor Harvey Weinstein to conservative Fox News pundit Bill O’Reilly.

As the movement grows more politicized, Republicans have opted to side with their conservative tribe, while Democrats are leaning on Ford’s testimony as further evidence of Kavanaugh being unfit for the Supreme Court.

Recent polling shows that women oppose Kavanaugh’s nomination 55 to 37 percent, according to a Quinnipiac University survey released on October 1, with 68 percent of Americans in support of reopening the FBI background check.

But Americans were divided as to whether Kavanaugh was the target of a political hit campaign, with 49 percent calling him a victim of a smear campaign and 45 percent of voters calling him not a target.

Underscoring the partisan tensions are charges by some conservatives that Democrats have tried to bury allegations of emotional and physical abused lodged, Rep. Keith Ellison, who chairs the Democratic National Committee, by his former girlfriend.

A September article in the conservative National Review condemned the “the rank hypocrisy of the Democratic Party,” charging that Democrats “are always eager to exploit [sexual abuse] claims for political gain” against Republicans, but brush them aside when lodged against their own.

Enraged by the policies of the Trump administration, meanwhile, liberal women are running for office in record numbers and are viewed by progressive operatives as the key to swaying the mid-terms in the Democrats’ favor.

Kavanaugh “brings so much to the table on bad positions on the issues — temperament issues, partisan operative issues. All of them deserve emphasis,” said Fallon. “If [Democratic Sen. Joe] Manchin votes no, I’m not expecting him to say he is doing so because of the #MeToo movement. If he decides to do it, there are enough questions raised on Kavanaugh’s overall integrity and temperament. That is a fair argument as well.”

Conservative women like Nance view the fate of Kavanaugh within a larger culture war for the control of the federal government and the highest court, where they hope Kavanaugh will vote to overturn abortion laws, roll back regulations, and offer more right-leaning opinions on everything from guns rights to freedom of religion to affirmative action and gay marriage.

“Conservative women who will make the decision on how this turns out,” Nance said. “If we rally to Brett Kavanaugh’s side, he will win.”

Read this next: Theresa May dances past Tory troubles — but Brexit barfight awaits