Home World The dark side of the sunny Uzbekistan 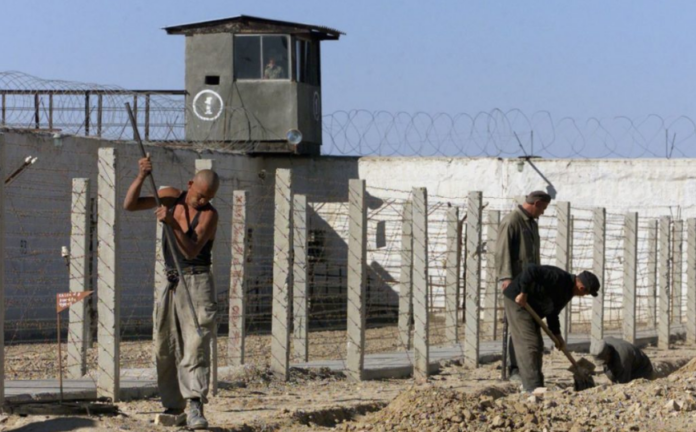 Over the past two decades since gaining independence, Uzbekistan has come under heavy scrutiny by human rights organizations, which have long reported systematic violations of human rights, such as arbitrary detentions and imprisonment, and suppression of religious activity in the country.

Elections to the lower house of Parliament in December were billed as ‘new Uzbekistan, new elections’ in line with the reform agenda of President Mirzioiev. However, OSCE election monitors expressed concern that no independent political opposition parties had been allowed to register. All five parties filing candidates were loyal to President Mirzioiev, but in contrast to previous elections, candidates faced probing and critical questions from media and the public during campaign meetings. Significantly, the elections ushered in a younger generation of parliamentarians, with a majority of representatives under 50 years of age, and for the first time 30 percent of representatives elected were women.

Unlike in previous years, international media organizations such as Voice of America, BBC and others were able to operate inside Uzbekistan and work with local journalists.

Nevertheless, the rights to freedom of expression, peaceful assembly and association continued to be tightly regulated and civil society activists faced reprisals for their peaceful activities.

Human rights defenders and independent journalists, including those released from prison since 2017, and their families, continued to be under close surveillance and faced intimidation, threats and arbitrary detention by police and the State Security Service (SGB).

In September, SGB officers tried to stop independent journalist Bobomurod Abdullaev and activist Agzam Turgunov from meeting with the visiting UN Special Rapporteur on the independence of the judiciary.

The authorities continued to refuse to register the independent NGO Restoration of Justice set up by former prisoners and human rights defenders, Agzam Turgunov, Dilmurod Saidov and Azam Farmonov, on minor technicalities.

Nafosat Olloshkurova, a blogger and human rights activist, was beaten and detained by police in Khorezm on 23 September during a peaceful protest march she was covering for her Facebook blog. She was sentenced to 10 days’ administrative detention, but was then transferred against her will to a psychiatric hospital in Urgench on 26 September. A court later sanctioned her forcible psychiatric treatment for two months. She had only sporadic access to her lawyer and members of her family, and was not allowed to meet with them in private. An appeal court extended her forcible treatment on 28 November.  Following an international outcry, she was released on 28 December after a medical commission found no grounds to continue her forced hospitalisation

LGBTI people faced systematic discrimination and violence by police and SGB as well as non-state actors. Police regularly detained homosexual or bisexual men and transgender people, threatened them with imprisonment under Article 120, intimidated, physically or sexually abused them and used blackmail to extort money from them or coerce them into collaboration. Lesbians and bisexual women were also targeted. Non-state actors subjected LGBTI people to physical and sexual abuse, in some cases recording the assault and disseminating it via social media.

Groups defending the human rights of LGBTI people were unable to operate safely and the authorities suppressed any attempts to draw attention to their plight.

In its Concluding Observations following the review of Uzbekistan’s fifth periodic report in November, the UN Committee against Torture (CAT) expressed grave concern “at reports that torture and ill-treatment continue[d] to be routinely committed by, at the instigation of, and with the consent of the State party’s law enforcement, investigative, and prison officials”. Lawyers, human rights defenders and relatives also reported that police, SGB, prison guards and prisoners continued to use torture and other ill-treatment to obtain confessions or punish suspects and detainees.

On 26 June, the Tashkent City Criminal Court found former Prosecutor General Rashitjon Kadirov and his 12 co-defendants guilty of abuse of office and financial crimes, and sentenced Rashitjon Kadirov to 10 years in prison. The Court dismissed allegations that confessions had been extracted under torture despite these claims being supported by credible evidence. Sources close to Rashitjon Kadirov reported that he had been subjected to physical abuse, mock executions, sleep deprivation and other ill-treatment to coerce him to give evidence against himself and others.

At the CAT review the authorities insisted that the Ombudsman’s office had not received any complaints of sexual violence in custody, and denied that it was regularly used against detainees and prisoners.

Human rights defenders, lawyers and LGBTI activists confirmed that police, SGB, prison guards and fellow inmates regularly used sexual violence and abuse to punish prisoners and force them to incriminate others. Torture methods included officers raping men with bottles and truncheons, attaching heavy water bottles to their genitals, or wrapping newspaper around their genitals and setting it on fire. Homosexual and bisexual prisoners and those subjected to rape or suspected of being gay had the lowest status in the informal prisoner hierarchy and were regularly used us ‘slaves’ by other inmates and guards, forced to clean dirty toilets with their bare hands, for example.

Authorities denied that former prisoners such as journalists, political opposition activists and former government officials, including prisoners of conscience, were tortured to force them to confess and to punish dissent. In a written response to CAT in September, the government stated that investigations had found no evidence of torture or other ill-treatment in the cases of Muhammad Bekzhanov, Erkin Musaev, Azam Farmonov, Bobomurod Abdullaev and at least 10 other former prisoners released since 2017. At the CAT review in November, the authorities refused to give details of any investigations conducted and insisted that there was no compelling case for redress. In its Concluding Observations, CAT regretted that the authorities had determined that all claims raised were “unsubstantiated”.

On 23 September, the Supreme Court refused to rehabilitate former prisoner of conscience, Solidzhon Abdurakhmanov, who was released in 2017, and rejected his appeal against his 10-year prison sentence. Earlier in March, the UN Human Rights Committee found that the independent journalist and human rights defender had been arbitrarily detained and ordered the authorities to provide him with an effective remedy and pay him compensation.

The authorities failed to set up any effective independent complaints mechanism despite repeated promises. The government told CAT that only in a handful of complaints of torture submitted to the Ombudsman’s Office did prosecutors find evidence of wrong-doing.

All other complaints were “unsubstantiated”. The Ombudsman continued to direct all complaints to prosecutors or police, despite having been given powers to investigate in March.

How long will you torture my people?

How long will you kill and rob us?

The anger of the people will sweep you from the face of my sunny country!