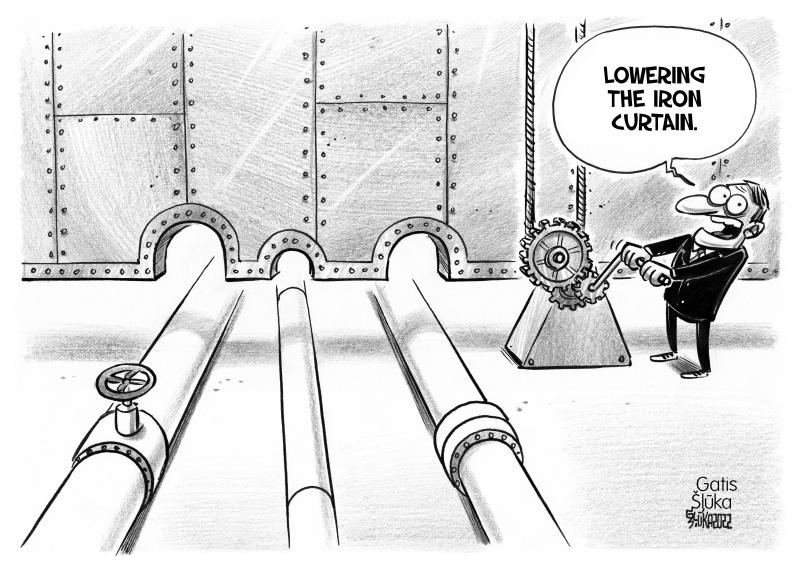 The Russian company Gazprom announced on 21 May that it had stopped exporting Russian gas to Finland, a decision that followed Helsinki’s refusal to pay for its deliveries in rubles. The Kremlin had demanded payment in rubles as part of the economic standoff with the EU over the invasion of Ukraine and subsequent economic sanctions. While this is above all a commercial decision, it is difficult not to see it as a consequence of Finland and Sweden’s recent application to join NATO.

Finland’s state-owned natural gas import company Gasum reassured the public that there would be “no disruption to the gas transport network” and that all affected consumers would be supplied with gas in the coming months, despite Finland’s heavy dependence on Russian fuel – in 2019 100 percent of its natural gas came from Russia.

After Poland, Bulgaria and the Baltic States, Finland is the sixth country to refuse to pay for its gas in rubles. Lithuania stopped importing electricity from Russia on 22 May. In the long run, it’s the whole EU that needs to free itself from Russian gas: in March 2022, the European Commission published its REPower EU plan aiming to drastically reduce – and ultimately eliminate – its energy dependence on Russia.

Was this article useful? If so we are delighted! It is freely available because we believe that the right to free and independent information is essential for democracy. But this right is not guaranteed forever, and independence comes at a cost. We need your support in order to continue publishing independent, multilingual news for all Europeans. Discover our membership offers and their exclusive benefits and become a member of our community now!