Home Technology Europe will be democratic or not at all 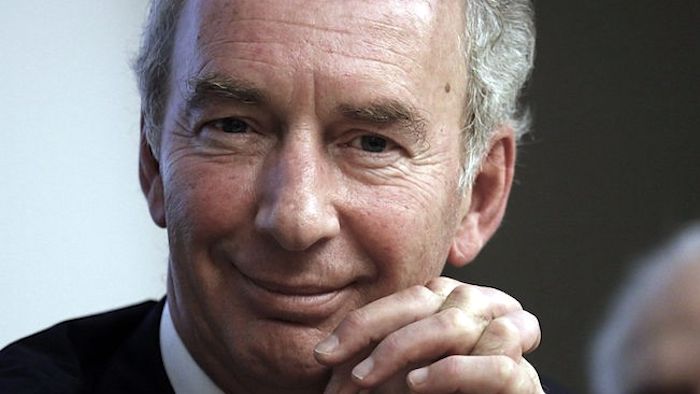 Europe will be democratic or not at all

In honor of the 70th anniversary of the Schuman Declaration, the founding act of European construction, on the 9th of May, we spoke with the president of the Schuman Foundation to discuss the state of this process and his perspectives.

70 years ago, Robert Schuman made his famous “Declaration” which is considered to be the founding act of European construction. What are its current successes and failures, and what remains to be accomplished compared to his intentions?

J-D Giuliani: The results achieved by Europeans since then far surpass what the founding fathers could have ever hoped for. It was about re-establishing lasting peace. Today, no one can imagine a member state of the Union attempting to resolve a difference with its neighbors using force. It was also about rebuilding a Europe that was in ruins. At the time, no one would have believed that Europe could once again pull itself to the top tier in terms of wealth and prosperity. It has been an enormous success, but it is an arrangement that requires constant attention. On the threshold of the political union, member states are hesitant to really go for it, especially to publicly demand it. Integration continues out of necessity, not by a transparent and enthusiastic political movement.

In the Declaration, it states that Europe “will not be made all at once” but “through concrete achievements which first create a de facto solidarity”. That solidarity has been crippled by the coronavirus crisis. How did Europe lose sight of this solidarity?

The de-facto solidarity genuinely exists, and even during the current crisis we can clearly see that dialogue between member states remains indispensable. What’s missing is an assumed political solidarity amongst the Union’s members and a political commitment supported by the people. The diffidence of governments, and presumably the difficulty of sharing this openness with others, explains this lack of solidarity. It shows a true regression compared to other times in European construction.

But in reference to the Schuman Declaration – “Europe will not be made all at once, or according to a single plan. It will be built through concrete achievements which first create a de facto solidarity.” – also recognizes that European integration can only happen progressively, taking into account the wish to respect national identities.

**Faced with the coronavirus crisis and the delayed response of European institutions, several figures in civil society have launched attacks to demand an “end to Europe”, and that the Union intervene in the name of this de-facto solidarity. What role should European civil society have in the future of European construction, and would that role be recognized on an institutional level? **

Generally speaking, with the exception of the European parliament, the joint institutions unfortunately prioritize diplomacy over politics. If the Commission and the Council were in the habit of speaking directly to citizens and didn’t instead limit themselves to arcane and technical debates between experts in the name of current national interests, citizens and civil society would have their own place in a budding European democracy. This is not the case at the moment, and nothing is achieved by declaring an “end to Europe” if there is no explanation as to why or how.


We have been hearing for several years that Europe is currently going through a profound crisis, especially in leadership, to the point that citizens’ trust in the union is down in several countries. In your opinion, what are the causes of this and the possible solutions?

For me, European construction has been abandoned by politicians and left in the hands of diplomats. They are not the issue, without them the union would no longer function! But those in charge of our national politics felt that the European system was just fine like that and they relied on the ease of integration. It’s especially true of the Euro, which protects our economies, maybe even a bit too much! For me, that is the reason for the disenchantment among citizens in certain countries, the disillusionment with European intellectual elites, which amounts to a real abandonment.

The German chancellor, Helmut Kohl, stated to me one day that the unification of Europe would not happen by itself and that you have to wake up every morning with the goal of fighting for its success. We have to take up that fight again, transparently, before public opinion, without rehashing history or making vain promises. That’s the best way to combat these prophets of doom, the extremists who preach decline and criticize everything while preying on people’s fear. Europe will be democratic, or not at all. It will be diverse and enriched by its diversity. It will be neither state nor empire but for a long time yet will always have to demonstrate its value.

The Schuman Declaration was made at a time, at the end of the second world war, when the “founding fathers” were laying the groundwork for European construction. Do you see any public figures that could live up to that level of leadership and who can inspire and mobilize Europeans?

Circumstances have thankfully changed quite a lot and great leaders generally come to light in exceptional circumstances. The circumstances that we are living through will perhaps bring forth bold leaders who are capable of sharing a vision for their country and for Europe. For now, I do not see any, even if I agree with Emmanuel Macron’s vision of Europe. It not only requires vision, but also great skill, and above all, a lot of luck to merit the term “great leader” for a long time afterwards. I’m not entirely sure that the union needs one. Good-willed men and women will be more than enough to give it new momentum. There are plenty of them. It’s up to them to act with determination and courage!

how European democracy protects itself