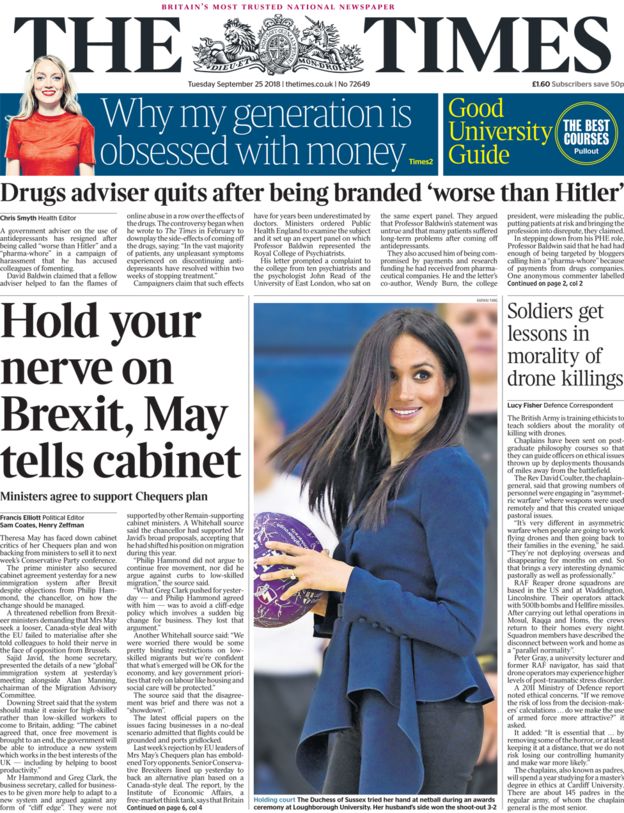 Several British newspapers on Tuesday reported that Prime Minister Theresa May had secured backing for her Chequers plan from her Cabinet. The Times reported May had ordered ministers to “Hold your nerve on Brexit.” The Guardian and Daily Telegraph led with a story on the prime minister winning support for a tough new immigration plan. The Telegraph also reported that British business chiefs had warned that a campaign of renationalization under a Jeremy-Corbyn-led Labour government could “put prosperity at risk” and cause an economical “deep freeze.” 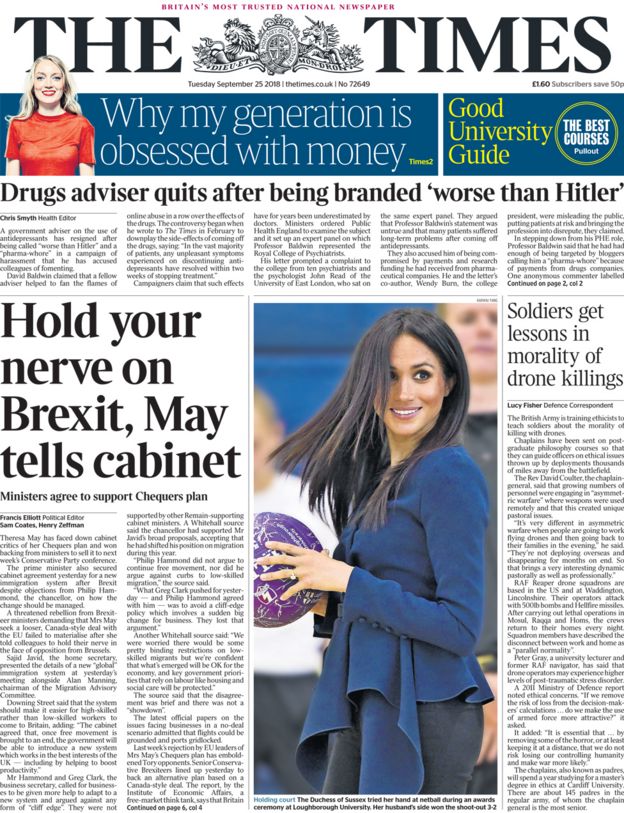 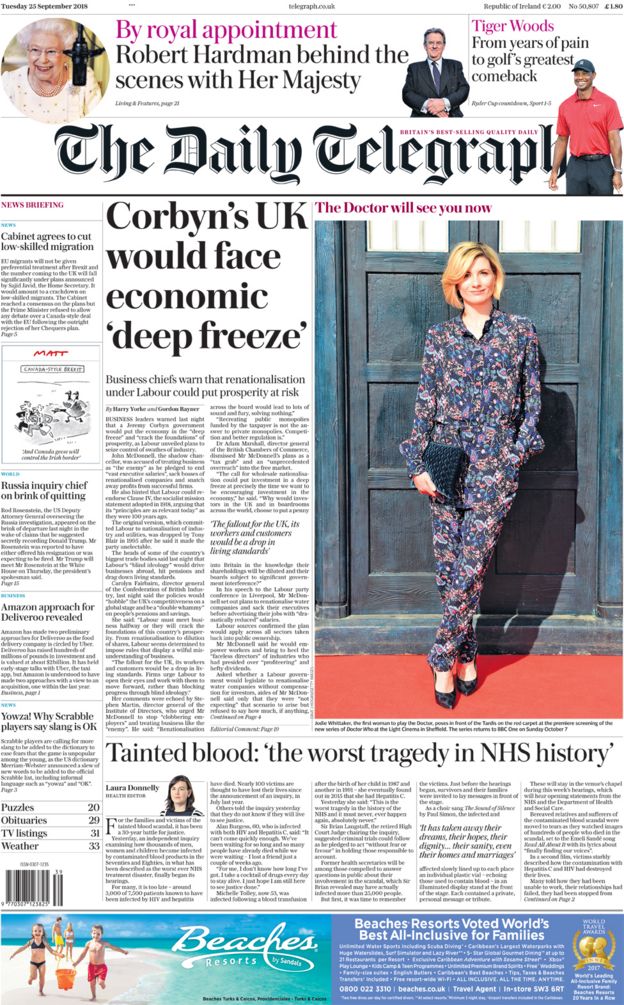 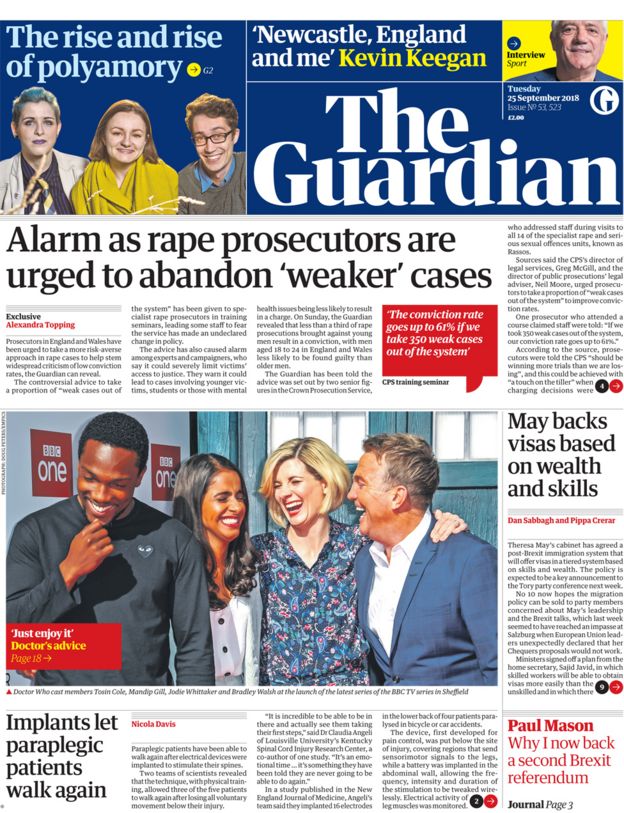 German newspaper focused on a rare apology from Chancellor Angela Merkel. She admitted to having made mistakes in how the government handled the firing of intelligence chief Hans-Georg Maaßen. Die Welt led with Merkel’s quote, “I regret this very much,” and featured an op-ed on “the chancellor and the mistakes.” The paper also reported on the European Commission’s move to “sue Poland” after it asked the EU’s highest court to rule on the legality of a controversial judicial law introduced by Warsaw. Libération reported that former French Prime Minister Manuel Valls will announce on Tuesday whether he will run to become the mayor of Barcelona — the city where he was born. The paper reckoned it was a make-or-break moment for Valls. Most other French newspapers focused on the tax cuts announced on Monday in President Emmanuel Macron’s budget plan for 2019. Le Monde featured a story on the budget’s likely “winners and losers.” Italy’s newspapers focused on the country cutting back asylum rights after the populist government on Monday approved a package of new migration measures aimed at making it more difficult for migrants to obtain asylum and humanitarian protection. La Repubblica labeled the measurements the “tough line” of the country’s Interior Minister Matteo Salvini.