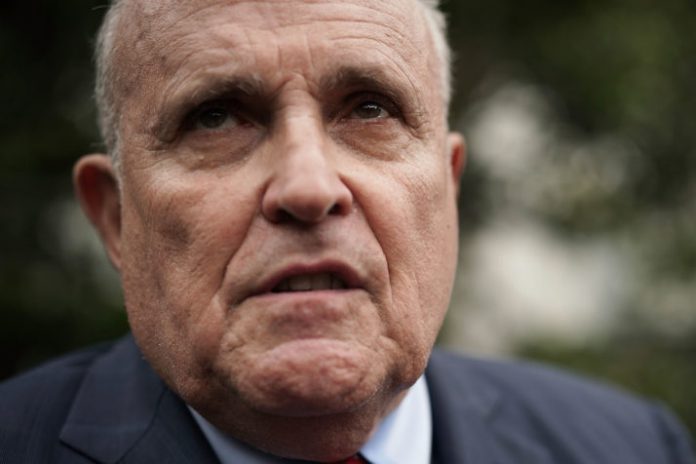 Manafort appeared in a Washington, D.C., courtroom Friday morning, looking relaxed in a suit and purple tie, to formally announce the deal.

The deal dismisses deadlocked charges against Manafort from an earlier trial, but only after “successful cooperation” with Mueller’s probe into Russian election interference and whether the Trump campaign coordinated with Moscow on its efforts. Mueller prosecutor Andrew Weissmann did not immediately expand on what cooperation is required under the deal.

The agreement also calls for a 10-year cap on how long Manafort will be sent to prison, and for Manafort to serve time from his separate Virginia and Washington cases concurrently. But it will not release Manafort from jail, where he has been held since Mueller’s team added witness tampering charges during the run-up to the longtime lobbyist’s trial.

Manafort addressed U.S. District Court Judge Amy Berman Jackson in a soft voice, saying “I do” and “I understand” as she asked him whether he understood what rights he’s giving up. A deputy marshal stood directly behind Manafort, a reminder that he remains in custody.

“We can see a reason why he might want to do that. What’s the need for another trial?” — Rudy Giuliani

Legal experts quickly spun the deal as a win for all the parties involved. Manafort gets a potentially shorter sentence and lessens his legal bills. Trump avoids several weeks of bad headlines ahead of the midterm elections about his corrupt former campaign aide. And Mueller — faced with Trump’s constant claims that his probe is a witch hunt — gets to show yet again that his charges are not fabricated and can now divert resources to other elements of his Russia probe.

But the prospect of Manafort’s cooperation with Mueller throws into doubt how much of a win the deal could be for Trump. In addition to running Trump’s campaign for several months, Manafort attended the infamous Trump Tower meeting where Trump aides through they might get dirt on Hillary Clinton from a Kremlin-linked lawyer

In an interview with POLITICO on Wednesday, Trump’s personal attorney Rudy Giuliani insisted the president and his lawyers were not concerned about Manafort cutting a deal to resolve charges against him.

“We can see a reason why he might want to do that,” Giuliani said. “What’s the need for another trial?” 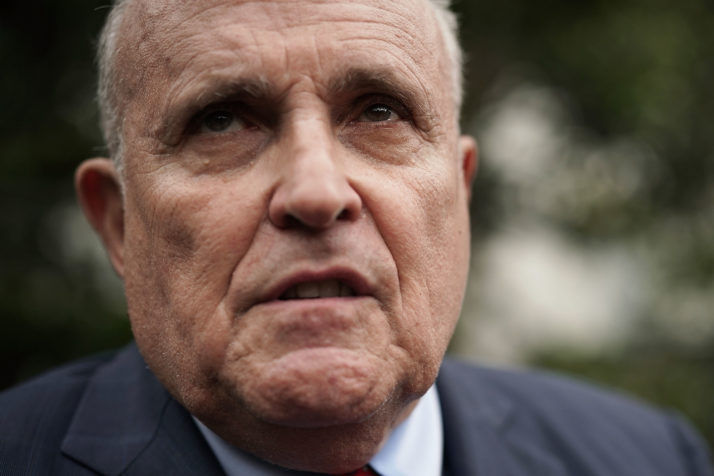 Prosecutors signaled the pending deal Friday morning, filing a new slimmed-down set of charges against Manafort, reining in the felony counts pending against him in D.C. from seven to just two: conspiracy against the U.S. and conspiracy to obstruct justice.

Friday’s move scuttles a high-profile second trial Manafort was expected to face in Washington in the coming weeks that could have been an embarrassing distraction for Trump and the White House in the lead-up to the November midterm elections.

Last month, a jury in Alexandria, Virginia, convicted Manafort on eight felony charges in a tax-and-bank-fraud case also prosecuted by Mueller’s team. The jury deadlocked on 10 other counts, but a verdict form said the jurors were split, 11-1, in favor of conviction on those charges.

Many Trump aides and advisers have said they believe the president is likely to grant Manafort a pardon on all the charges, which Trump has suggested amounted to prosecutorial overkill aimed at persuading Manafort to implicate Trump in wrongdoing in connection with the ongoing Russian investigation.

The charges filed Friday morning came in a criminal information replacing the current indictment in the Washington-based case against Manafort.

The new charges mean that prosecutors have agreed to drop five counts, including money laundering, failing to register as a foreign agent and making false statements. Manafort appears set to admit to those allegations as part of the umbrella conspiracy-against-the-U.S. charge, but the individual charges and the potential prison time they carry are being dismissed.

Gene Rossi, a former federal prosecutor from Virginia who has been tracking Manafort’s case called the plea “another huge victory and a seminal moment for the Mueller team.”

The court documents indicate that Manafort “orchestrated a scheme to have …’[O]bama jews’ put pressure on the administration” to support Yanukovych.

“In sum, a big day for the investigation,” he added. “A witch hunt? Far from it.”

According to the documents, a group of former European politicians Manafort convened as part of his lobbying effort met with Obama and Biden, “as well as senior United States officials in the executive and legislative branches” in May 2013.

Alan Friedman, a former journalist based in Europe who proposed forming the group, dubbed the “Hapsburg Group, told Manafort that one member “delivered the message of not letting ‘Russians steal Ukraine from the West.’” The court document claimed that Manafort knew he had to disclose the meeting but failed to do so.

At the time, Manafort was working for Ukrainian Viktor Yanukovych, a pro-Russian leader who was ultimately forced from office by public protest in early 2014.

The court documents indicate that Manafort “orchestrated a scheme to have …’[O]bama jews’ put pressure on the administration” to support Yanukovych. For instance, Manafort disseminated stories that “a senior Cabinet official” who previously criticized Yanukovych “was supporting anti-Semitism.” Manafort then worked with a senior Israeli government official to provide a statement spreading the story, with the hope it would force the administration to “understand that ‘the Jewish community will take this out on Obama on election day if he does nothing.” 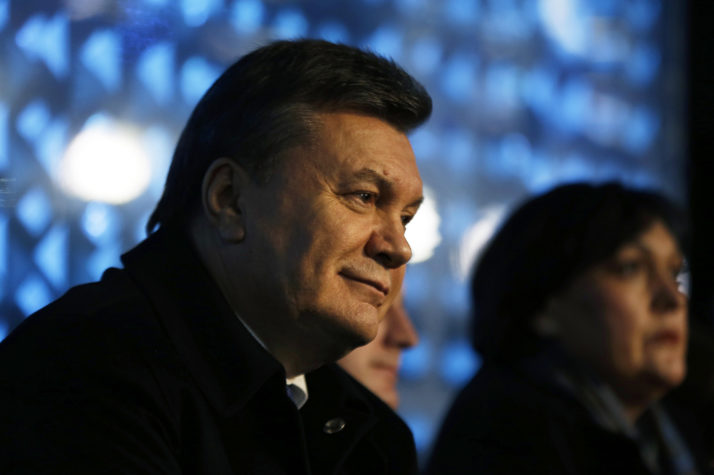 The criminal information document did not name the Cabinet official, but Breitbart News published a story in October 2012 with the headline “Jewish Leaders Blame Hillary Clinton For ‘Legitimizing’ Ukraine’s Neo-Nazi Party.”

The case Manafort is likely set to resolve through the plea deal was first brought by Mueller last October. Prosecutors alleged that the veteran political consultant “laundered” more than $30 million in income from work for political groups and individuals in Ukraine, including Yanukovych.

Last June, Mueller’s team added startling new charges to the case, alleging that Manafort conspired with a longtime associate they describe as linked to Russian intelligence — Konstantin Kilimnik — to tamper with witnesses. Prosecutors alleged that while the case was underway, Manafort and Kilimnik reached out to two men who did public relations work on the Ukraine project and encouraged them to falsely say the work was not aimed at U.S. audiences.

None of the charges filed against in Virginia or Washington directly accused Manafort of any improper ties to Russia or of seeking to advance Russian interests during the roughly three months he spent as Trump campaign chairman in 2016. However, investigators have explored whether he was subject to Russian influence during that period.

Documents shown at Manafort’s Virginia trial indicated that in 2015 he was owed $1 million by a Ukrainian oligarch for political work. In addition, prosecutors revealed that Manafort was loaned at least $10 million by a Russian oligarch during a business relationship that eventually soured. Congressional investigators reportedly obtained emails showing that during the 2016 campaign Manafort offered to arrange “private briefings” for the Russian businessman, Oleg Deripaska.

Jury selection for Manafort’s D.C. trial was set to begin Monday, with opening arguments scheduled for a week later. Judge Jackson, an Obama appointee, was set to oversee the case.

One key question has been whether any plea agreement would require Manafort to cooperate with Mueller’s investigation and offer testimony to the special counsel, particularly on the core question of potential collusion between the Trump campaign and Russia.

Trump has also railed against “flippers” and publicly praised Manafort for refusing to “break” under pressure from the special counsel, making any perception that Manafort is cooperating with the Russia inquiry a possible deal-breaker for a pardon.

Still, Giuliani told POLITICO on Wednesday that he did not believe a guilty plea by Manafort would wipe out his chances for a pardon.

“I don’t see why it would foreclose it, no,” the Trump attorney and former New York mayor said. Giuliani has previously said he has encouraged Trump to hold off any pardon for Manafort until Mueller’s investigation is complete. Giuliani and Jay Sekulow, another Trump attorney, did not immediately respond to a request for comment Friday.

Going forward, the sentences for Manafort could be all but academic if Trump grants a pardon.

Indeed, Manafort might never be sentenced at all. Last year, Trump granted a pardon to Joe Arpaio, the Arizona sheriff who is a loyal political supporter and who was awaiting sentencing on a contempt-of-court charge.

That act of clemency stirred political controversy, but it could be mild compared to the furor a pardon for Manafort might set off since many will view it as an act aimed at thwarting or lashing out at Mueller’s investigation.

Manafort was under house arrest after he was first charged last October, but Jackson ordered him jailed in June following the allegations that he tampered with witnesses in the case. He’s been in custody since.

Manafort’s Virginia trial was deeply irritating to Trump, who grumbled about all the media attention it received, according to aides and advisers. The Washington trial could have proven even more galling for him, and not only because of its proximity to the election. While much mention of the Trump campaign hadn’t been expected, the D.C. trial was likely to focus on the foreign control of lobbying that Manafort did for Ukraine, Yanukovych and his political allies.

The foreign-influence aspect of the case could have led to a more sinister tone in news coverage compared with the Virginia case, which was primarily about Manafort’s failure to pay income taxes and allegations that he lied to banks when submitting loan applications.

Not only can Manafort “reduce his sentence and legal bills,” said Barbara McQuade, a former attorney and law professor at the University of Michigan who watched Manafort’s first trial in the courtroom, “he can also help President Trump by avoiding damaging daily headlines for the next several weeks in the run up to the midterm elections.”

Read this next: Europe looks to thwart Trump’s Iran sanctions