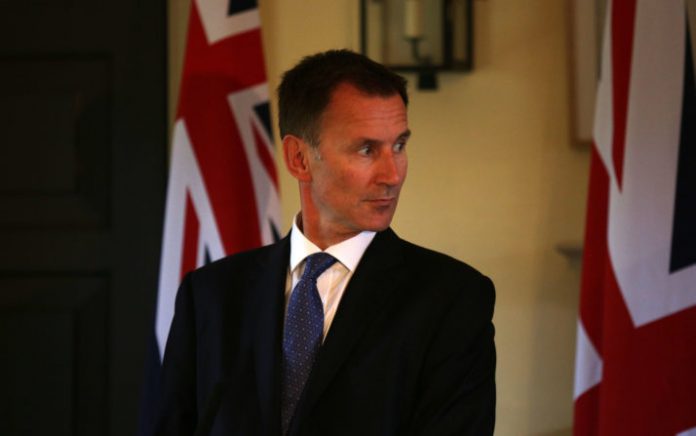 LONDON — A no-deal Brexit would further destabilize the international order at an “extremely vulnerable” moment in European history, U.K. Foreign Secretary Jeremy Hunt will say in his first diplomatic visit to Washington on Tuesday.

Hunt, who has spent his first weeks as foreign secretary touring European capitals warning of the geopolitical consequences of a disorderly Brexit, will use a speech on threats to the rules-based international system to reinforce the need for a negotiated deal between London and Brussels.

Citing the “rock-solid alliance” of nations that helped bring about the end of the Cold War, Hunt will warn that the Western alliance has more recently risked “weakening” its credibility, and will call for European counties to impose further sanctions on Russia over the Salisbury nerve agent attack earlier this year.

Describing a no-deal Brexit as “one of the biggest threats to European unity,” Hunt will call on the European Commission to engage with the U.K.’s latest Brexit proposals “with an open mind.”

“Britain would, of course, find a way to prosper [in the event of no deal] and we have faced many greater challenges in our history,” Hunt will say. “But the risk of a messy divorce, as opposed to the friendship we seek, would be a fissure in relations between European allies that would take a generation to heal — a geostrategic error for Europe at an extremely vulnerable time in our history.”

His speech in Washington, the centerpiece of a three-day visit, will include a call for the U.K.’s allies “to go further by calling on the European Union to ensure its sanctions against Russia are comprehensive” and for the bloc to “truly stand shoulder to shoulder with the U.S.”

“That means calling out and responding to transgressions with one voice whenever and wherever they occur, from the streets of Salisbury to the fate of Crimea,” he will say.

His message on Russia contrasts sharply with Donald Trump’s, who met with President Vladimir Putin in Helsinki last month for a “tremendous” discussion, according to a tweet over the weekend from the U.S. president.

“We must engage with Moscow, but we must also be blunt: Russia’s foreign policy under President Putin has made the world a more dangerous place,” Hunt will say. 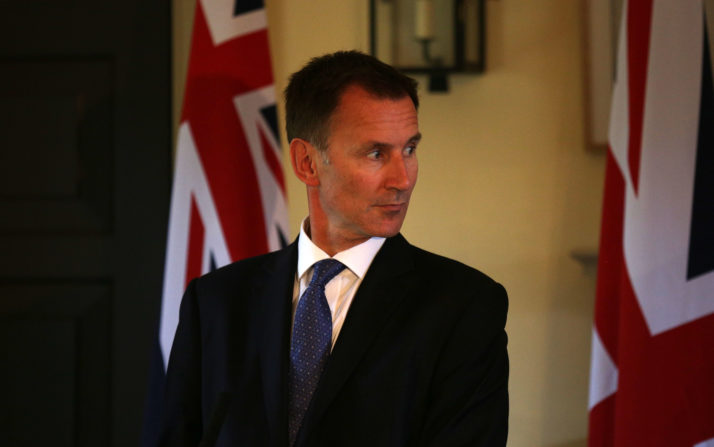 On Wednesday, the U.K. foreign secretary will meet U.S. Secretary of State Mike Pompeo as well as White House chief of staff John Kelly, and Donald Trump’s son-in-law and senior adviser Jared Kushner. He will travel to New York on Thursday, where he will meet United Nations Secretary-General António Guterres, and address the Security Council on U.K., U.S. and allied efforts to combat ISIS.

In a wide-ranging speech on Tuesday, Hunt will also urge Western allies to “get our own house in order” and address “fraying” support for democracy at home.

He will suggest stricter rules surrounding political adverts online in the run-up to elections, and action against foreign influence online — another topic that risks raising the ire of the Trump administration.

“Dissatisfaction with the way society works is nothing new — although social media can make it spread like wildfire,” Hunt will say.

“But we are putting our heads in the sand if we blame social media by pretending that some of the causes of that resentment are not real — whether caused by the decline in real incomes for many Americans and Europeans, dislocation caused by changes in technology or the identity concerns of many voters caused by immigration.”

Read this next: Commission: Greece must respect its post-bailout commitments