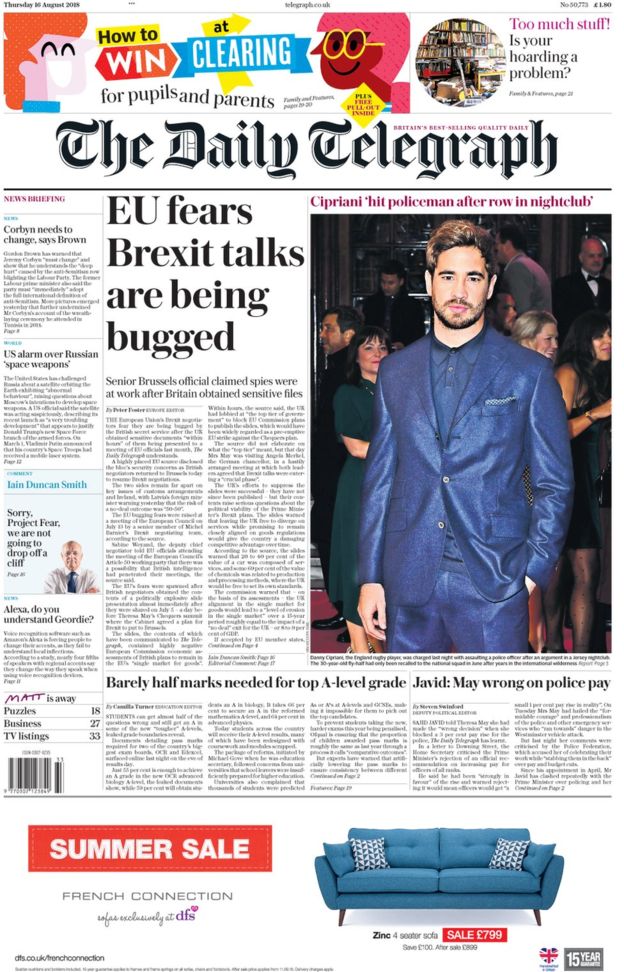 As Brexit negotiations resumed in Brussels on Thursday, the Daily Telegraph led its front page with a story about EU officials fearing the U.K. is spying on the European Commission’s Brexit documents. The Guardian led with more revelations about the 29-year-old man who was arrested over Tuesday’s Westminster terror attack. The suspect was thrown out of Coventry University in May after failing his accountancy exams, according to the paper. The Times focused on the bridge collapse in Genoa, reporting that Italy’s Euroskeptic government blames Brussels and big business for the tragedy. 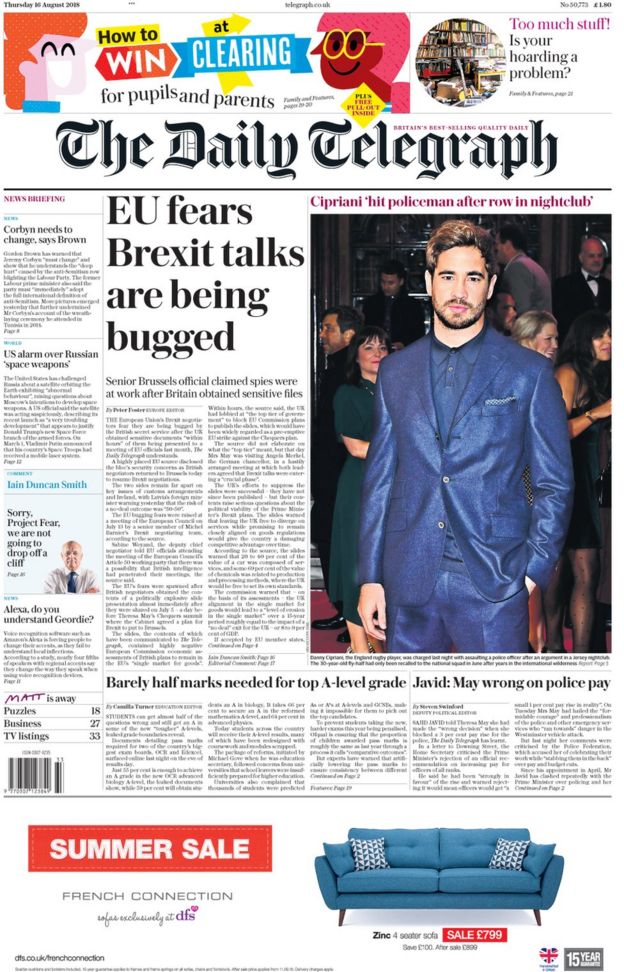 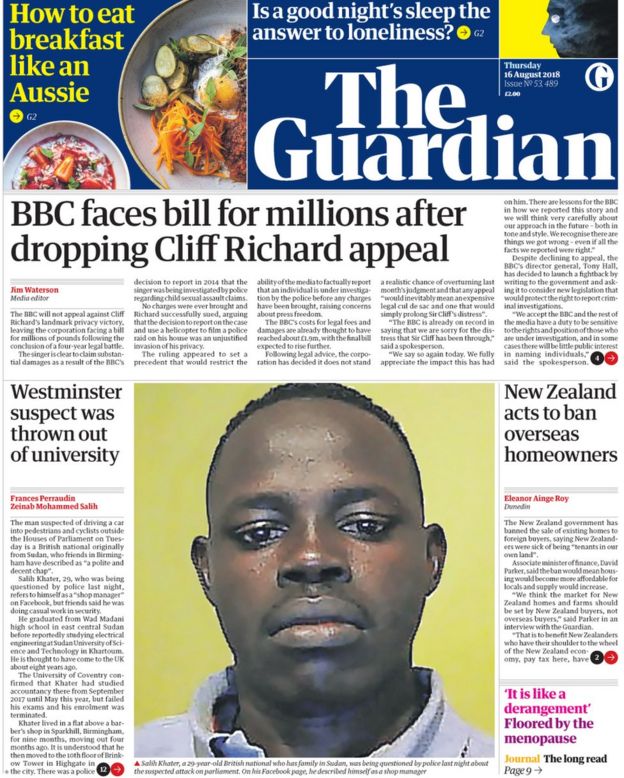 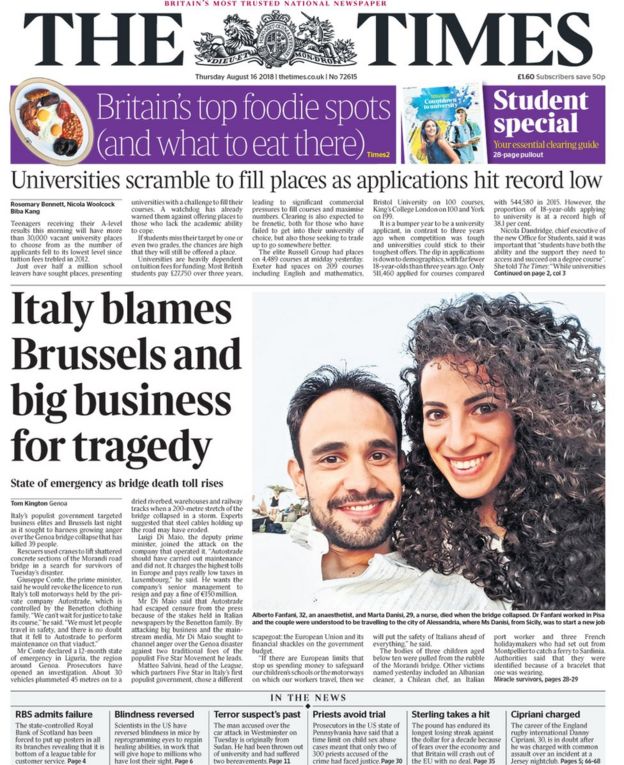 Frankfurter Allgemeine Zeitung and Die Welt led with the latest from Genoa, with the latter’s front page asking who was to blame for the tragedy. Tagesspiegel focused on Bavaria’s upcoming election, predicting a poor showing for the ruling CSU because leader Markus Söder won’t use the strongest weapon at his disposal: the church. Le Monde and La Dépêche also led with Tuesday’s bridge collapse in Genoa, with the former writing that all of Italy was grieving. La Dépêche focused on three of the victims, who were from France. De Telegraaf’s reported that a civil servant tasked with countering the spread of radical Islam in Rotterdam was himself a radical Salafist.