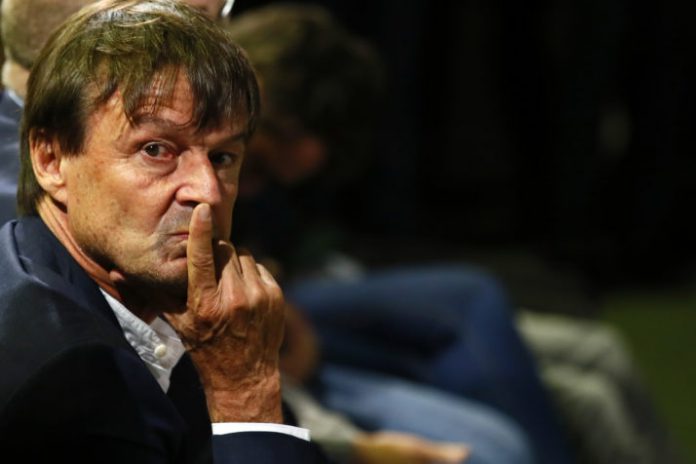 PARIS — Emmanuel Macron lost more than a popular minister on Tuesday — he lost a powerful ally in his bid for success at next year’s European election.

The surprise resignation of French Environment Minister Nicolas Hulot underscored the difficulty that Macron faces putting together a centrist coalition in Europe, let alone in France. While Hulot stressed his “profound admiration” for the French president, the former TV star could not ultimately make peace with the pace of Macron’s environmental program.

“In France, we do a lot more than in other countries, but we do not do enough,” Hulot said while announcing his resignation live on FranceInter radio. Holding back tears, he added: “I don’t want to lie anymore. I don’t want to give illusions that my presence in the government means we’re on top of these issues.”

Hulot’s ministerial bow-out typifies the challenge posed by Macron’s “neither right, nor left” positioning, which leaves him vulnerable to attack from all sides. Macron, who hosted the One Planet Summit last December and coined the slogan “Make Earth Great Again,” has also pushed for ecological measures such as scrapping a long-planned airport, outlawing fossil fuel exploration and production, and committing to end coal power by 2022.

But such policies amount to “small steps” for ecological supporters like Hulot, who came from Green-oriented parties to join Macron’s coalition. “I don’t understand how, after the Paris Conference and a dire diagnostic that clearly worsens with each passing day, this subject can be relegated to the lowest priorities,” Hulot said.

Hulot said he would not run for the European Parliament, in part to avoid “causing harm” to the La République En Marche government.

Losing Hulot complicates Macron’s initiative to assemble a pan-European list for the 2019 EU race. While the French leader’s support for expanding European powers alienates potential allies on the right, his liberal economic reforms have already diminished his standing with factions on the left, including many environmentally-minded socialists who rallied to Macron’s side because of his green credentials.

“It was already very complicated before, and it will only be more complicated now,” said Bruno Cautrès of CEVIPOF, a polling analysis institute. He said that when Hulot joined Macron’s Cabinet, it represented a feat that neither of France’s two previous administrations had pulled off, contributing to Macron’s booming popularity on the heels of his election.

Yet his success at bringing together ecologists, fiscal hawks and feminists, as he did in his Cabinet, could be more difficult to replicate on a Continent-wide scale. Whereas a rival group, the far-left French Unbowed, has already put together a “Now, the People” list spanning six EU countries, Macron’s En Marche has so far only secured an alliance with Spain’s pro-business Ciudadanos. Other potential allies, like Italy’s Democratic Party, list the environment among their policy priorities.

Macron’s team, for its part, insisted that Hulot’s departure does not change the appeal of a Macron partnership in Europe. “It doesn’t call into question the president’s platform [on the environment],” a presidential spokesperson said. “The ambitiousness remain the same.”

Hulot said he decided to step down Monday night. He announced the decision on public radio Tuesday morning without giving prior notice to Macron or other government leaders.

“Is this a joke?” said Gender Equality Minister Marlène Schiappa upon hearing the news.

After warning that he might quit his post early into his tenure, Hulot said in October he would give himself one year “to see if I am useful.” Although the eventual announcement came as a surprise, the lank-haired, tie-less minister had been long weighing a departure. “This was something that had been on the table for several months,” Macron aides said, noting wryly that Hulot “was rather transparent about it.”

Political opponents seized on the resignation as an indication that Macron’s coalition is fracturing. “I can understand that he [Hulot] feels betrayed, like not a few French today, by the strong promises that were made and the feeling that they have not in the end been kept,” said Laurent Wauquiez, leader of the center-right Républicains. “The resignation of Nicolas Hulot serves as a vote of non-confidence against Macron,” declared Jean-Luc Mélenchon, head of France Unbowed. “Macronism is beginning its decomposition.”

At the European level, left-wing parties took the occasion to criticize Macron’s ecological bona fides. In a statement, Socialist and far-left MEPs said Hulot’s departure shows “what we already knew: the politics led by Macron … does not respond to the environmental, climate, and health issues of French and Europeans.” French Green Yannick Jadot wrote on Twitter that “the resignation of Nicolas Hulot is a defeat for the government on ecology.” 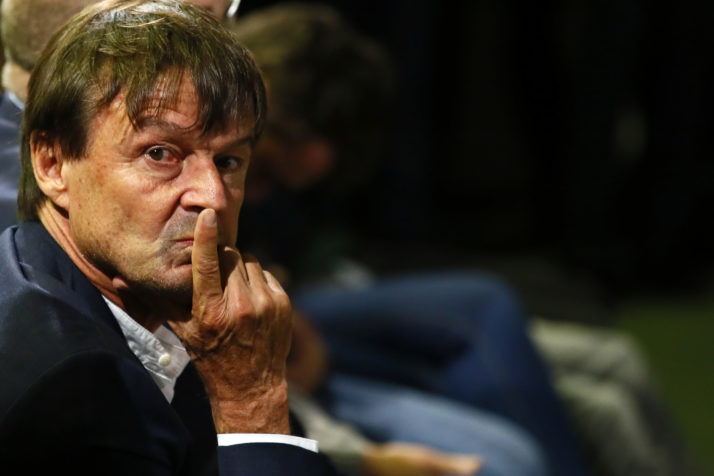 Hulot said he would not run for the European Parliament, in part to avoid “causing harm” to the La République En Marche government.

The one-time host of a popular French TV show called “Ushuaïa,” Hulot subsequently became a worldwide activist for environmental causes. After losing the presidential nomination for France’s Greens in 2012, he served President François Hollande as an unpaid “Special Envoy for the Protection of the Planet.” He joined the Macron government in May 2017.

A Macron spokesperson said a decision on Hulot’s replacement would be made in the coming days by Prime Minister Edouard Philippe.

Read this next: Blame it on the boogie: When politicians try to dance