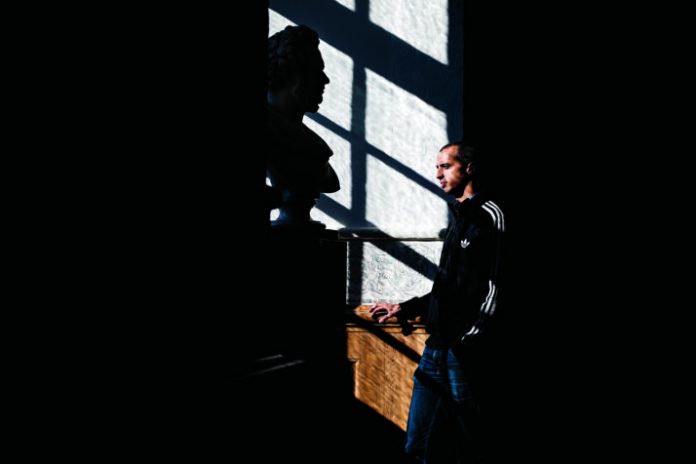 COPENHAGEN — Denmark’s right-wing government might once have expected pushback from the left-wing opposition when it introduced a controversial new integration policy.

A recent government proposal, to be finalized by parliament in the fall, would target the country’s so-called ghetto neighborhoods with a series of sanctions and incentives. The intention is to bring immigrant communities fully into Danish society — by force if necessary.

Children living in the targeted areas would be compelled to attend day care for 25 hours a week, to ensure they learn the country’s language and values. Parents who take their kids back to their countries of origin for extended periods could face prison or deportation. Crimes committed in the neighborhoods would carry heavier sentences. Buildings would be demolished if necessary.

The last touches to the package are expected to be fully approved with a large parliamentary majority, including the enthusiastic support of the largest opposition party, the left-wing Danish Social Democrats.

“We tried to negotiate this to be, you might say more draconian,” said Mattias Tesfaye, the party’s spokesman on immigration and integration. “We think the government has been soft on this.”

“With migration to Denmark it’s our own voters, and our own families, who have paid the highest price” — Mattias Tesfaye, Social Democrat spokesman

Flanking on the right

Political parties across Europe are grappling with immigration policy. Concerns about new arrivals have helped propel far-right parties into government in Austria and Italy and elevated the xenophobic Alternative for Germany into its country’s largest opposition party.

The issue has posed a particular dilemma for Europe’s left-wing parties, which have suffered a wave of electoral defeats as political rivals accuse them of being responsible for untrammeled immigration. Some have shifted to an economic critique of migration due to wage competition, while others have doubled down on a defense of diversity and assistance for refugees.

The response of the Danish Social Democrats is an outlier: They have tried to outflank their competition by backing the government in a string of eye-catching bills on immigration and integration and demanding harder measures still.

Last year, the Social Democrats overhauled their party’s political agenda for only the seventh time in their 140-year history. The result, “Together for Denmark,” adopts much of the language of the anti-immigration right, including the term “parallel societies.” The policy describes these as places “where foreigners and their descendants live, isolated from the Danish community and with values that are not Danish” and calls them “unacceptable.”

In addition to throwing its support behind the ghetto plan, the party has supported the government in allowing the jewelry and valuables of asylum seekers to be seized by authorities in payment for their reception, and in banning face veils. 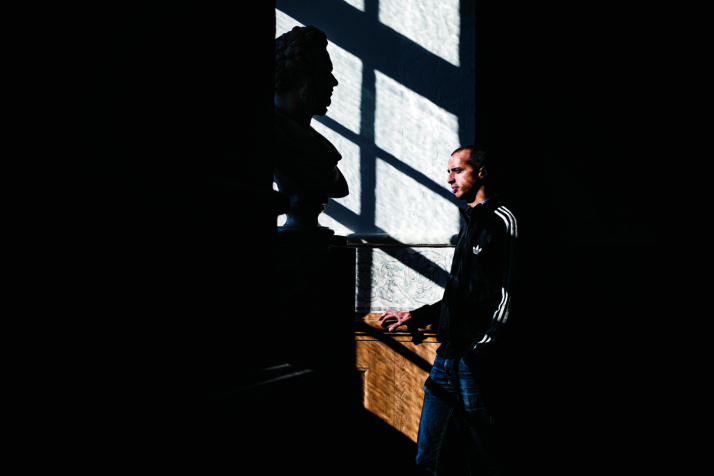 Mattias Tesfaye serves as the Social Democrats’ point person on immigration and integration. Tesfaye is the son of a Danish woman and a refugee from Ethiopia | Christopher Olssøn

“Why should the social democratic position be we should leave people alone, and leave the right with the argument that we have to have a common cultural background?” asked Tesfaye, the son of a Danish woman and a refugee from Ethiopia, who serves as the party’s point person on the issue. “It should be a core issue for social democratic parties to break down these parallel societies and make sure we all belong to each other.”

The strategy may be paying off: Opinion polls indicate the party may lead a left-wing coalition into government next year.

Attacking from the left

The Social Democrats blame the perception that they are soft on immigration for recent electoral troubles. After governing Denmark for most of the 20th century, they have been out of power for all but four years since 2001.

That was the year immigration became a defining political issue, in an election that immediately followed the September 11 attacks on the United States. Voters began to abandon the left in favor of tough-on-immigration right-leaning governments, showing they were willing to compromise on the welfare state if it meant migration controls.

The right-wing populist Danish People’s Party drew voters away from the left as it lent support to governments on the condition they impose immigration freezes and cut refugee support, steadily reshaping the policies of its rivals in its own image.

Since 1980, non-Western immigrants have risen from being 1 percent of the population to 8.5 percent now.

In April 2017, around the same time the Social Democrats released their new party policy, Tesfaye published “Welcome, Mustafa,” a book analyzing 50 years of his party’s stance on immigration. In it, he refutes the party’s image as being pro-open borders, revealing years of debates and divisions on the issue and rehabilitating early figures who warned integration could be a problem, but who were ignored.

Tesfaye draws on the experience of his own family. When his father was granted asylum, he struggled to integrate because it was not clear what Denmark expected of him, Tesfaye recalled.

“We have to be very explicit. We have to say for example: We need you to support a secular state where there’s a religious freedom, and where the common rules of society are supported by secular arguments. We need you to make sure your children learn Danish. We need you to live not just in one place where all the refugees are,” Tesfaye said.

The Social Democrats formulate opposition to immigration as an integral left-wing position, necessary to protect the party’s traditional working-class voter base from immigrants who would compete for their jobs and send their children into their schools.

Tesfaye defends the ghetto plan, for example, as necessary to defend the welfare state, arguing that people can be asked to pay up to 53 percent in income tax for health, education and a safety net only if they feel part of a common unit with their fellow citizens. 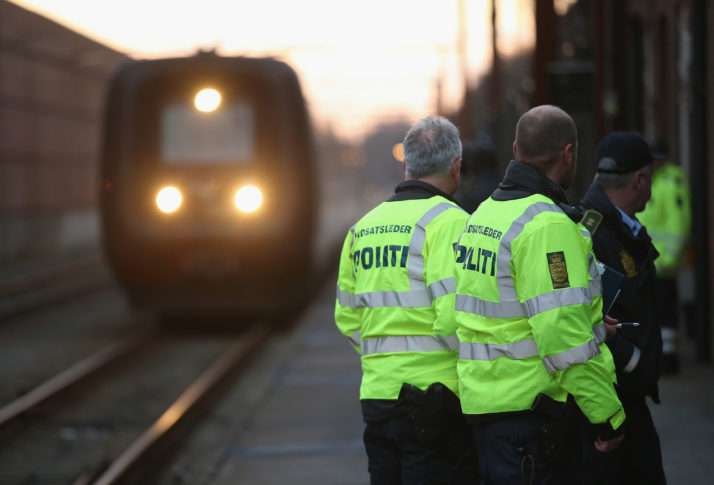 Tesfaye also defends the measure as an investment in children’s education — a classic Social Democrat policy — and argues it should be applied across Denmark.

“With migration to Denmark it’s our own voters, and our own families, who have paid the highest price,” he said. “It’s a problem for a Social Democrat if we have areas in our country where the language is shifting to Arabic or Turkish, because it undermines the common ground [on which] the welfare state is based.”

The number of asylum seekers granted permission to reside in Denmark — though the number dwindled to 2,700 last year from a peak of 11,000 in 2015 — is still too much for the country, he said. Syrians, Iranians, Afghans and Eritrean make up the largest numbers of people seeking asylum in Denmark.

“When as a little boy I walked around in the second-biggest city of Denmark, I had a black father,” he said. “People were turning their heads because he was black. Not in a negative way, but just because it was so extraordinary that a black man was walking around in our suburb. This has changed in my lifetime.”

Since 1980, non-Western immigrants have risen from being 1 percent of the population to 8.5 percent now. “It’s been uncontrolled, we can’t control who is coming to Denmark and from where,” Tesfaye said.

His party now supports retaining border controls with Germany — an emergency measure as Denmark is within the European border-free Schengen area — until it is satisfied that the EU’s external borders are controlled. It wants to set up a processing center for refugees outside Europe where asylum seekers can apply, to stop them traveling to Denmark in advance. The number accepted should be capped, family reunifications limited, and immigrants incentivized to return to their country of origin or be deported where needed.

The reality of the ghetto laws will soon hit the residents of the low-rise apartment buildings of Mjølnerparken, a leafy housing development north of Copenhagen. 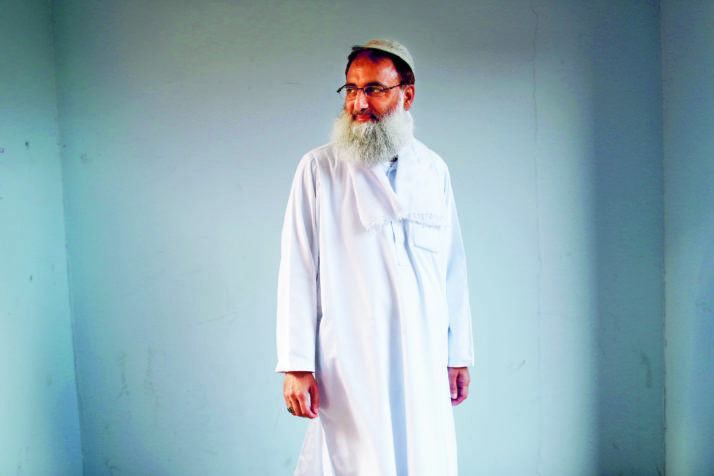 “Our shared language is Danish, our common identity is Danish,” says Muhammed Aslam, chairman of the residents’ association in Mjølnerparken. “We don’t see it as a parallel society at all” | Andrew Kelly/Reuters

By the government’s analysis, Mjølnerparken is one of the most severe “ghettos” — of its 1,752 residents, 82 percent are non-Western immigrants or their descendants, and 43.5 percent are unemployed.

Muhammed Aslam, chairman of the residents’ association, sees it differently.

“About 30 different nationalities live here, of different backgrounds and cultures. Our shared language is Danish, our common identity is Danish,” he said. “We don’t see it as a parallel society at all.”

Residents reject the label “ghetto.” Though the area has gained a certain notoriety due to some gang shootings — rare and shocking for Denmark — its pristine playgrounds and tranquility make it hard to see this as a “ghetto” by any international understanding of the term.

“I don’t agree with this form of collective punishment,” said Iliana, 53, a nurse and translator from Romania who declined to give her full name. She had lived in the country for 25 years, and was sharing a picnic with women from Denmark and Iraq in a courtyard between apartment blocks as children played nearby. “They’re punishing everyone before people have done anything wrong,” she said.

Aslam, who moved to Denmark with his parents from Pakistan in 1969 when he was 7, said he felt the government was betraying the values of the country he grew up in.

“Given my fantastic experience growing up with such a fair democracy as Denmark I couldn’t have imagined even five years ago that we could have ended up with a law that’s so discriminatory,” said Aslam, an estranged member of the Social Democrats. “It takes away the principle of equality before the law.”

Aslam said he does not recognize the government’s image of Mjølnerparken, and urged politicians to enter into dialogue with the community about what the area really needs — apprenticeships for young people and help to find employment, he suggested.

“It has become a competition about who can be the toughest against immigration, refugees and Muslims,” he said with a sigh. “That’s going to be the basis on which the next election is won or lost.”

This article is part of the autumn 2018 policy primer.