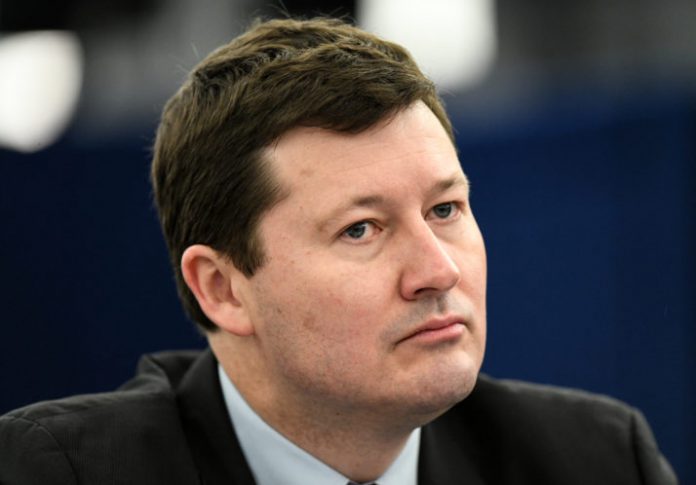 The European Commission “stretched and possibly even overstretched the limits of the law” by fast-tracking Martin Selmayr’s appointment as secretary-general, the European Ombudsman reported Tuesday.

In a scathing report detailing the findings of a five-month investigation, the ombudsman, Emily O’Reilly, says the Commission had committed four acts of “maladministration” and forced Selmayr, Commission President Jean-Claude Juncker’s chief of staff, into the EU’s most senior civil service post.

Selmayr was given a position, O’Reilly says, that he was not qualified to fill without first being installed into a deputy job.

But while O’Reilly, the EU’s top watchdog, finds the entire 28-member Commission, including Juncker, at fault for the acts of maladministration, her findings yield no consequences for Selmayr, who will remain in his job. Instead, she urges the Commission to “develop a specific appointment procedure for its Secretary-General, separate from other senior appointments.”

Such a procedure should include “the publication of a vacancy notice,” which did not occur before Selmayr’s promotion last February.

“It is … somewhat ironic that President Juncker was the first Commission President elected via the ‘Spitzenkandidaten’ democratic process, assisted by Mr Selmayr” — Ombudsman

O’Reilly was urged to investigate Selmayr’s appointment by the European Parliament, which has harshly criticized the promotion process. Her findings, while delivering little more than a slap on the wrist, will nonetheless be hailed as vindication by critics of the Commission who reacted to Selmayr’s promotion with anger that turned into a weekslong scandal.

The administrative infractions cited in the report are largely technical, but O’Reilly’s most damning accusation against Juncker and Selmayr is entirely political: that they had undermined efforts to portray the EU as transparent and democratic — efforts that the pair have championed.

“The Ombudsman wishes to highlight that an assessment of Mr Selmayr himself did not form any part of her inquiry,” O’Reilly writes in her conclusion. “The Ombudsman understands that not only is he a competent EU official but one highly committed to the European Union. He is also someone who has earned and maintained the trust of President Juncker.

“It is however somewhat ironic that President Juncker was the first Commission President elected via the ‘Spitzenkandidaten’ democratic process, assisted by Mr Selmayr. This transparent democratic process … is designed, in part, to counter false claims that the EU is run by unelected officials in Brussels.” 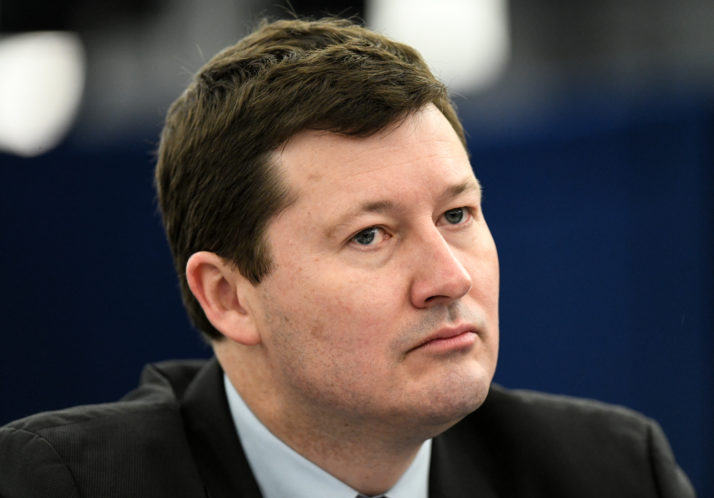 The 39-page report provides a detailed account of the process by which Selmayr was promoted to replace Secretary-General Alexander Italianer who unexpectedly announced his retirement on February 21.

At that same meeting at which the retirement was announced, Selmayr was promoted — first to the position of deputy secretary-general, which was required for him to achieve a necessary increase in his civil service grade, and then immediately to secretary-general.

The report, however, states that the plans to catapult Selmayr to the top job had been in the works for at least a month, and perhaps quite a bit longer.

Selmayr, nicknamed “Monster of the Berlaymont,” is widely regarded as a ruthlessly effective fonctionnaire. But in his meteoric rise through the Commission, Selmayr has never led — or even served as No. 2 — in one of the departments controlling such policy areas as trade, home affairs or energy. Instead, he vaulted into the president’s suite after serving as Juncker’s campaign manager during the 2014 European election.

While EU precedent affords Juncker wide latitude in choosing a new secretary-general, the Ombudsman’s report faults the entire Commission for going along with the fast-tracked promotion process.

“The Ombudsman also notes that responsibility for the maladministration in this case rests with the European Commission collectively,” O’Reilly writes. “The Ombudsman, like Parliament, is disappointed that no individual Commissioner appears to have seriously questioned the manner in which the appointment of the Secretary-General was conducted.

“… given the way in which the appointment was conducted, the spokespersons were placed in a very difficult situation in attempting to explain a problematic appointment” — Ombudsman

“It seems extraordinary that in the course of a very short meeting, at which other business was also dealt with, that the College should have approved, successively, the appointment of Mr Selmayr, first as Deputy Secretary-General, and then as Secretary-General. And all of this in a context where the proposed appointment of a new Secretary-General was not on the meeting agenda and no background papers had been circulated.”

The Ombudsman also faults the Commission’s responses to journalists who questioned the process.

“The Spokesperson’s Service became defensive, evasive and even somewhat combative,” according to the report. “The Ombudsman finds the information provided by the Commission to journalists in the days following the appointment of the new Secretary-General was not sufficiently clear and complete.”

“However, it is also true that given the way in which the appointment was conducted, the spokespersons were placed in a very difficult situation in attempting to explain a problematic appointment.”

Read this next: Jacob Rees-Mogg: Barnier and I agree May’s plan won’t fly