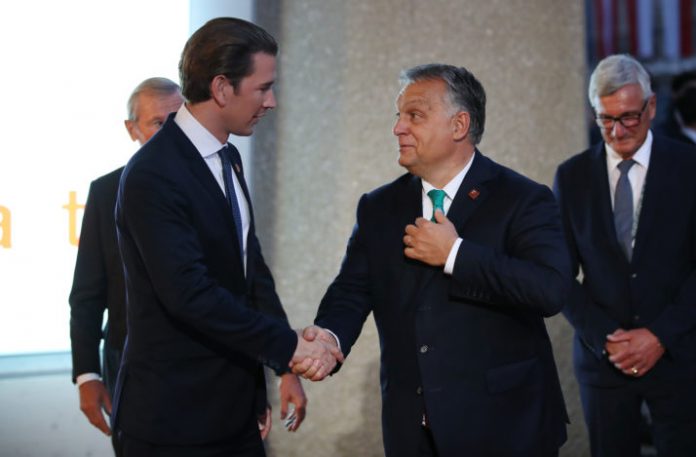 SALZBURG, Austria — In the city of Mozart, the message from EU leaders was this: Neither Brexit nor migration has delivered the Requiem for Europe that their fiercest critics had predicted.

At a summit to discuss the EU’s two biggest, lingering existential crises, the leaders could not claim victory on either front. A Brexit deal is still not at hand. On migration policy, they are as divided as ever.

And yet, the EU is still standing, and the mood is guardedly optimistic.

As they arrived on Wednesday for a dinner of veal Wiener schnitzel and Sachertorte at Felsenreitschule, a historic concert hall and theater that once served as a movie set for “The Sound of Music,” leaders consoled themselves over the lack of a broader deal on migration by citing the precipitous decline in the numbers of arrivals.

“My contribution will be to highlight the good work we have been doing so far together, on the external sides of our migration policies, in particular the strong political partnership we have established with the African Union,” Federica Mogherini, the bloc’s foreign policy chief, said as she arrived.

“No deal or a hard Brexit would be difficult for Europe but it would be terrible for the U.K.” — Austrian Chancellor Sebastian Kurz

“That has brought results,” Mogherini said on the red carpet. “Numbers of arrivals have never been so low. But we have to keep working on this.”

Mogherini said there was general agreement among EU nations to continue Operation Sofia — the bloc’s anti-smuggling effort in the Mediterranean Sea. And she said further partnerships would be pursued with African and Middle Eastern countries, to be discussed at a high-level meeting with United Nations Secretary General António Guterres in New York this weekend.

Estonian Prime Minister Jüri Ratas was more succinct. “We have achieved a lot by managing the migration crisis,” he said. “The numbers have come down a lot. But the situation on the Mediterranean is far from normal. We need better cooperation with third countries, especially African countries.”

That EU leaders are increasingly looking for solutions on migration outside the bloc is no surprise considering their own continuing divisions. Those divisions were also on display in Salzburg, where the president of the European People’s Party (EPP), Joseph Daul, said that he would not move to expel Hungary’s combative Prime Minister Viktor Orbán. 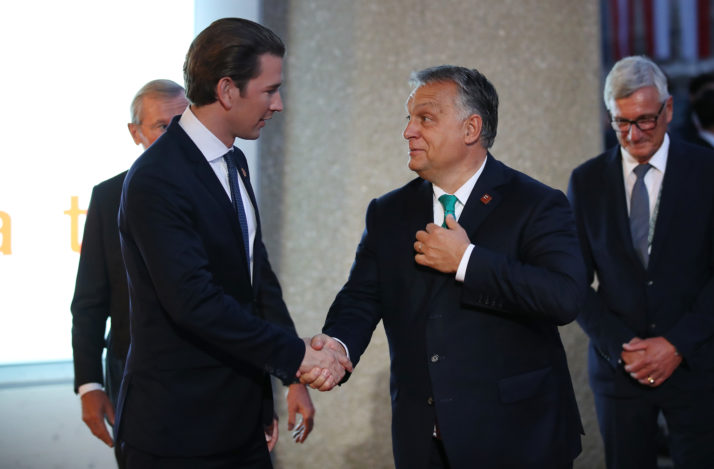 Orbán’s government has been accused by the European Parliament of trampling on rights and flouting EU norms, but for now the EPP, the Continent’s dominant center-right party, is intent on sticking with him. It’s the sort of grin-and-bear-it approach that seems to characterize much of what the EU does these days, including on Brexit.

The leaders’ conversation on migration did not break any new ground. Most of the leaders weighed in, a senior EU official said, and there was general agreement to continue building partnerships with countries outside of Europe. On the EU’s own migration policy, including the asylum rules known as the Dublin regulation, the conversion only confirmed that sharp differences persist, a senior EU official said.

The negotiations with the U.K. are no less excruciating — and the prospect of Britain’s departure no less devastating and demoralizing — than before.

But despite continuing disagreements, particularly over Ireland, the contours of a deal on a withdrawal treaty seem to be in sight. More important, at the moment, seems to be to keep everything on an even keel until U.K. Prime Minister Theresa May gets through her Conservative Party conference, which begins later this month.

Michel Barnier, the bloc’s chief negotiator, has softened his tone, particularly on the issue of a “backstop” to be sure no hard border is recreated between Ireland and Northern Ireland. Neither the EU nor the U.K. has shifted any major red lines in recent days, but top officials on both sides are increasingly vocal about their shared commitment to reach a deal.

Austrian Chancellor Sebastian Kurz, the summit host, slapped back at a Sky News reporter who tried to suggest that the EU was showing more flexibility because it was unprepared for a no-deal departure by the U.K. “No deal or a hard Brexit would be difficult for Europe but it would be terrible for the U.K.” Kurz said. A no-deal scenario would be a “lose-lose,” Kurz said, insisting that the EU and U.K. had an obligation to prevent that outcome.

No one, at least no one at the leaders’ summit in Salzburg, seemed to disagree.

Council President Donald Tusk said he would propose adding a leaders’ summit in mid-November to help clinch the Brexit deal, and he praised May’s efforts even as he said that some British proposals would not fly.

“Some of Prime Minister May’s proposals from Chequers indicate a positive evolution in the U.K.’s approach as well as a will to minimize the negative effects of Brexit,” Tusk said, singling out proposals on security and foreign policy cooperation as particularly helpful. 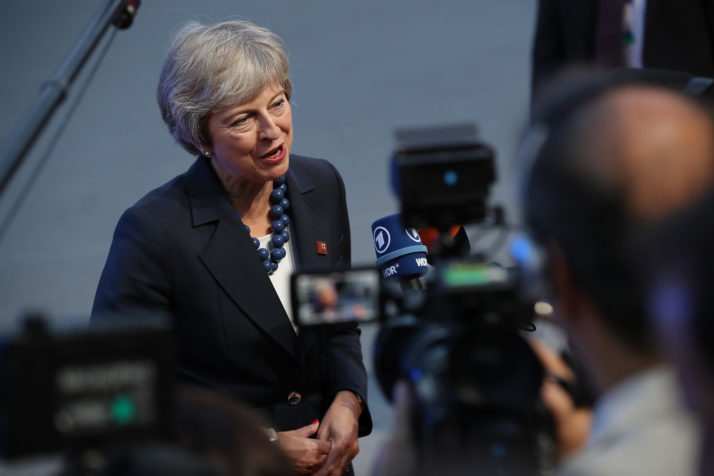 British Prime Minister Theresa May arrives at an informal summit of leaders of the European Union on September 19, 2018 in Salzburg, Austria | Sean Gallup/Getty Images

“On other issues, such as the Irish question, or the framework for economic cooperation, the U.K.’s proposals will need to be reworked and further negotiated,” Tusk said. “Today there is perhaps more hope, but there is surely less and less time.”

German Chancellor Angela Merkel was similarly cautious. “We are now slowly entering the crucial phase of the negotiations,” she said. “I hope that we have an exit where there’s a good atmosphere with great respect for one another and that very, very close cooperation in certain areas will be possible. Namely in the area of security, both internal as well as external security.”

The migration discussion lasted until almost midnight. Then May was given the floor to talk about Brexit. She made a pitch for further concessions from the EU, particularly on the Irish border. There was no response from EU27 leaders and the motorcades started rolling at about 12:15 a.m. Overall, between migration and Brexit, it was hardly a happy dinner, or a happy summit. But at least there was Sachertorte.