Il Tempo picked up on comments made earlier in the month by European Commissioner Pierre Moscovici, who said he feared “little Mussolinis” might be emerging around Europe. The paper noted that while Moscovici was probably referring allegorically to Italian Deputy PM Matteo Salvini, French far-right leader Marine Le Pen, Hungarian PM Viktor Orbán and their ilk, rumor has it that Caio Giulio Cesare Mussolini, dictator Benito’s great-grandson, will contest the European election for the far-right Brothers of Italy. That could put a literal “little Mussolini” into the heart of Europe, the paper quipped. Il Giornale had the latest in the tussle between Finance Minister Giovanni Tria and the ruling 5Stars and League over Italy’s debt and deficit numbers, noting that “Companies are in the crosshairs.” British papers were, as usual, all about Brexit, with the informal EU summit in Salzburg, held Wednesday and Thursday, making several front pages. The FT referred to Theresa May’s “Salzburg waltz,” reporting that the PM would “face the music” at the summit. The Daily Telegraph carried comments made by former Minister Mike Penning, an ex-ally of May, who told the newspaper the PM was “deluded” if she thought she could persuade her Euroskeptic Tory party members to vote in favor of any Brexit deal based on her Chequers plan. The headline: “Chequers ‘as dead as a dodo.’” The Guardian carried the prime minister’s comments to EU leaders at Wednesday evening’s dinner that the “onus is on us all to get deal done.” The paper’s top story was on a scathing report released this morning about the collapse of large parts of the British rail network this summer. 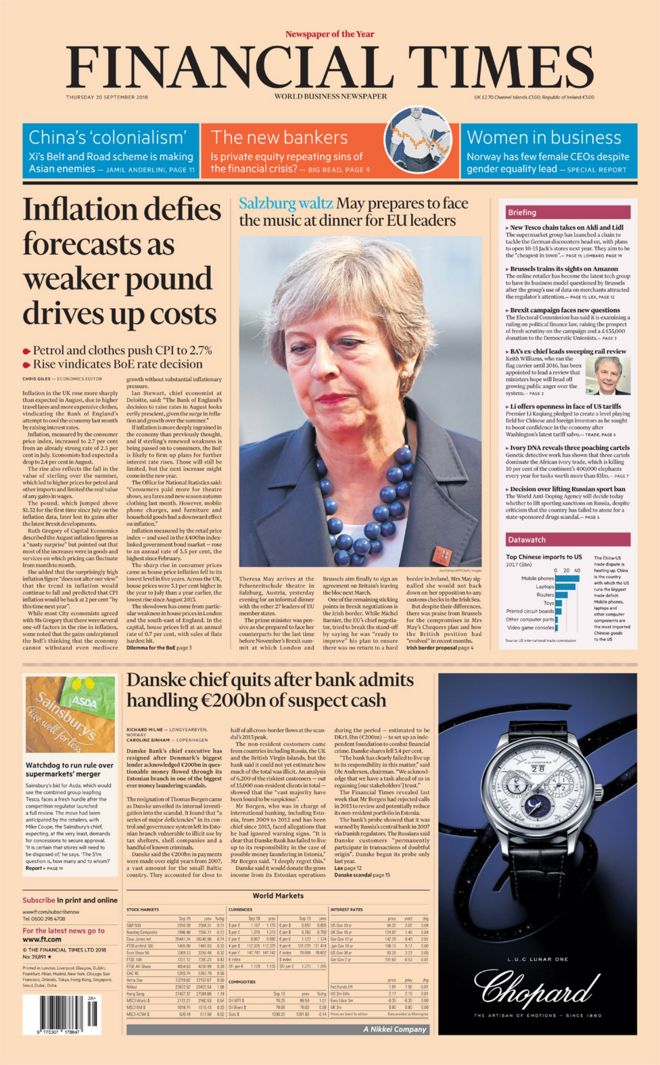 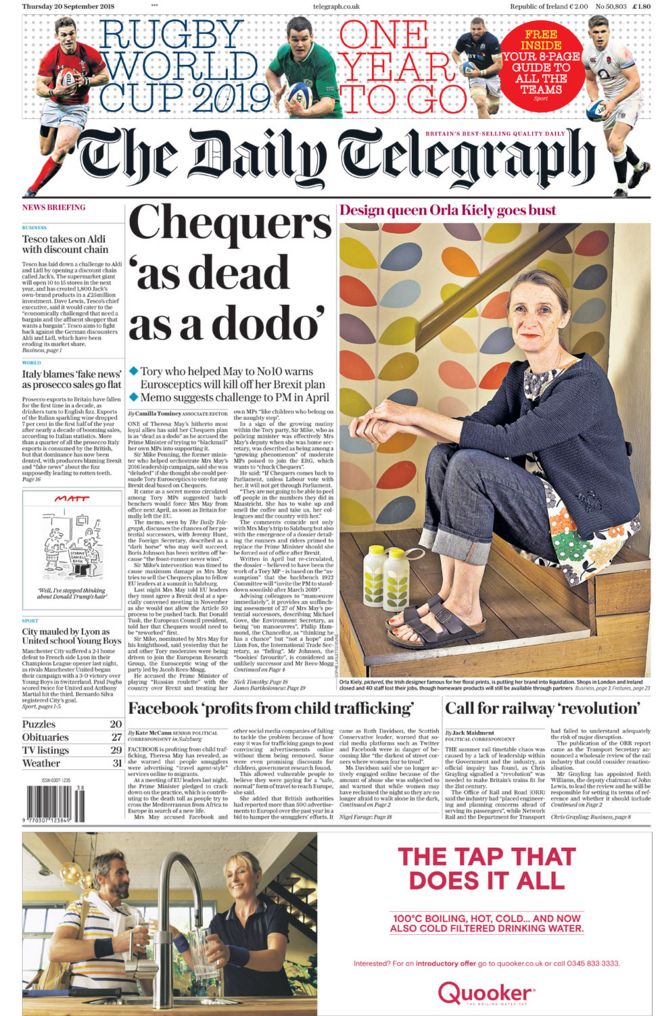 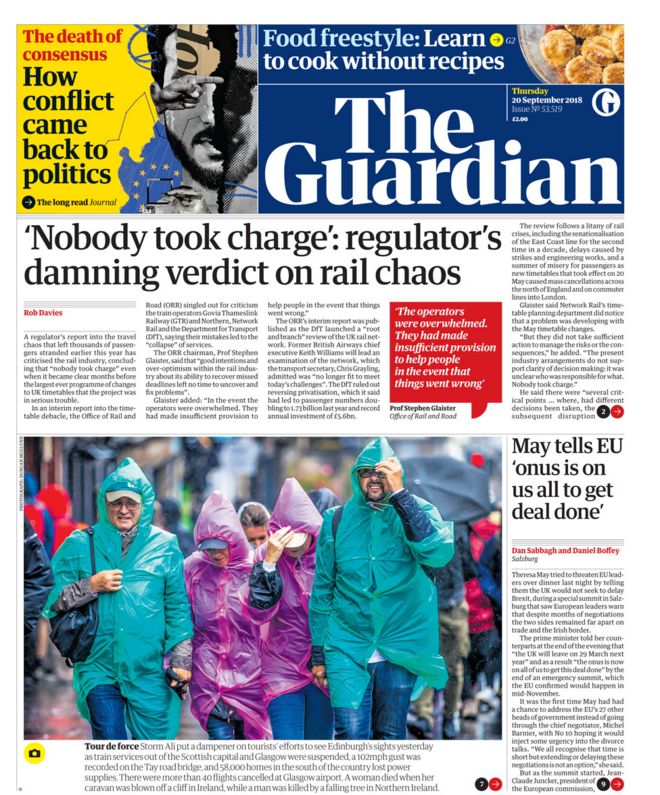 Libération also focused on Brexit and the unresolved Irish border question, asking: “Will there be a single Ireland tomorrow?” Le Figaro reported on the Salzburg summit, saying Europe was “paralyzed by the rise of the perils” of the migration crisis and Brexit. Several papers covered the French Senate’s quizzing of former Macron aide Alexandre Benalla on Wednesday. Le Figaro said Benalla, who was fired after intervening in a police operation during a May Day protest, attempted to appease senators, but did not manage to “dispel all doubts.” German newspapers were still focused on the dismissal — via effective promotion — of the head of the domestic security agency, Hans-Georg Maaßen. Frankfurter Allgemeine wrote that Germany’s Social Democrats (SPD) are “outraged about Maaßen’s promotion.” Despite facing criticism about his reaction to anti-immigrant protests in the city of Chemnitz, Maaßen will now become a state secretary in the interior ministry — leading to the ousting of the one SPD deputy in the place. Die Welt called it a “provocation of the first grade.” The newspaper further reported that Germans view their society “as deeply divided,” according to a new poll.