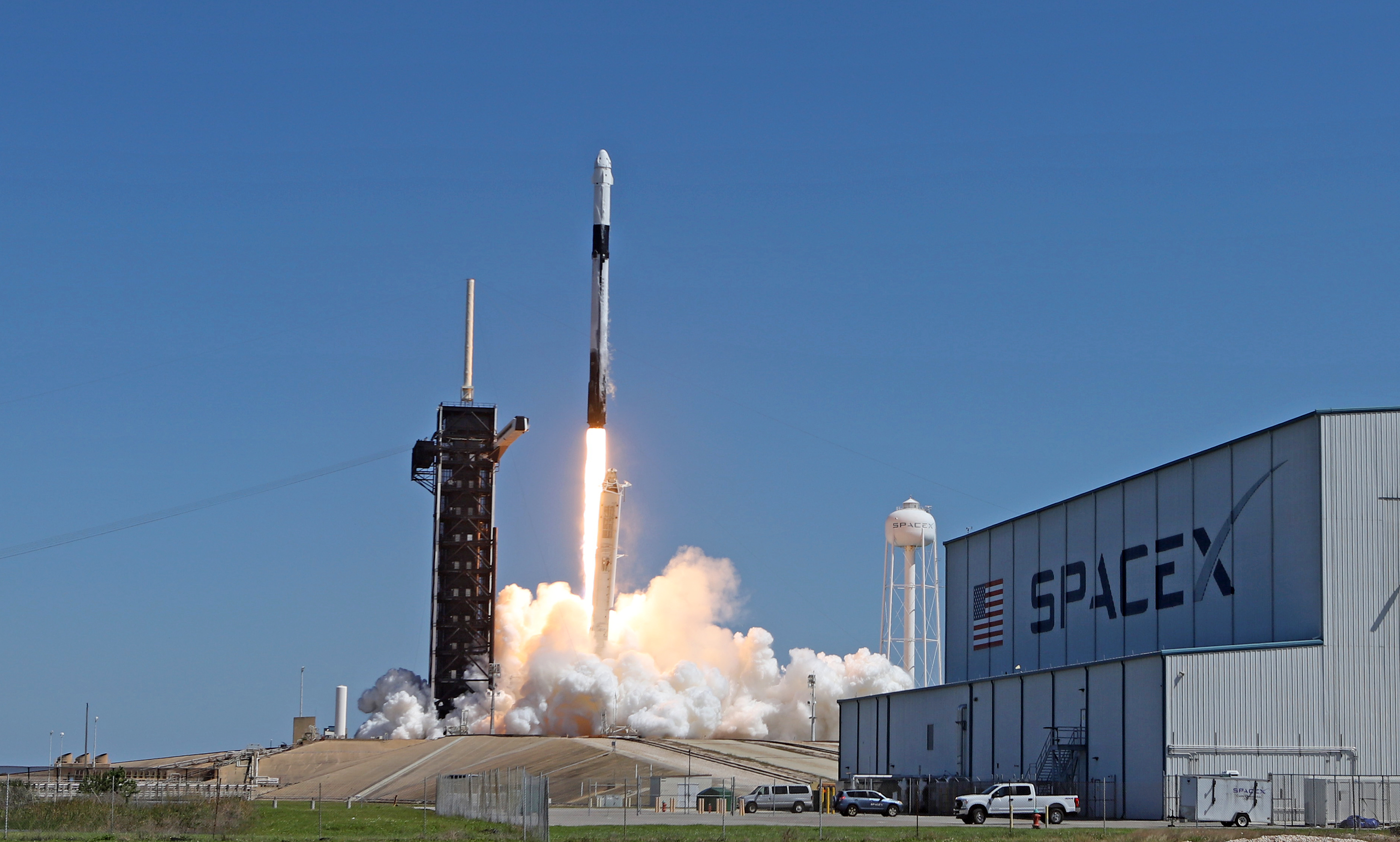 Lawmakers in both parties have made irreconcilable demands of social media networks like Twitter, with Republicans calling for less “censorship” while Democrats demand that the platforms crack down on misinformation and hate speech. That means Musk will aggravate at least one party no matter what speech-related decisions he makes.

“He’s opening up a kind of new battleground in the D.C. tech wars,” said Jeff Chester, a veteran tech policy advocate and executive director of the digital rights group Center for Digital Democracy. “At the moment it’s been low-combat — but the Musk buyout of Twitter is going to transform the role of Twitter into an extremely contentious political debate.”

Musk has made a reputation for himself as a bombastic political player, unafraid to poke his finger in the eye of regulators. And he’s likely to continue that approach at Twitter, where Congress could subject him to the same scrutiny targeted toward social media CEOs like Mark Zuckerberg.

“Social media, especially Twitter, tends to dominate Washington policy debates,” said Nu Wexler, a communications consultant who previously worked at Twitter, Google and Facebook. “Musk will discover that meetings and interviews about SpaceX and Tesla will now be about Twitter. That’s not necessarily a bad thing, and you can use that to your advantage — but you just have to be aware of that dynamic going in.”

To help understand how Musk might approach his new role as Twitter’s owner, here is a list of Musk’s greatest hits in Washington:

Jousting with the SEC

Musk landed in hot water with federal financial regulators in 2018 when they accused him of deceiving investors by tweeting — falsely — that he had secured funding to take Tesla private. The claim drove up the luxury electric carmaker’s stock price.

The resulting $40 million settlement forced Musk out as chair of the Tesla board and included a provision requiring the company’s lawyers to oversee his tweets. In February 2019, the SEC accused Musk of violating the pact and asked a Manhattan court to hold him in contempt. The settlement was then amended to clarify the kinds of financial milestones Musk would be barred from discussing on Twitter without the pre-approval of “an experienced securities lawyer.”

Musk — who publicly disdains the regulator at nearly every turn — is now in court trying to get rid of those restrictions. His lawyer in February accused the regulator of a “harassment campaign” aimed at chilling his right to free speech.

“The SEC seems to be targeting Mr. Musk and Tesla for unrelenting investigation largely because Mr. Musk remains an outspoken critic of the government,” a lawyer for Musk said in a letter to U.S. District Judge Alison Nathan, who presided over the 2018 settlement.

He has also potentially run afoul of the agency for how he has handled his takeover of Twitter.

Musk was late in filing notice of his purchase of a sizable share of Twitter’s stock last month and initially submitted the wrong form, according to securities law experts.

By law, investors must notify the SEC within 10 days if they surpass a 5 percent stake in a company. According to Musk’s second filing — which changed his status from a “passive” to an “active” investor — he passed that threshold on March 14. But he didn’t disclose the large stake he was amassing until April, a delay that allowed him to continue purchasing stock at a price of about $39 a share over those 11 days.

Once he did disclose his 9.2 percent stake, Twitter’s share price shot up to over $50 a share. On Monday, the company disclosed that it had agreed to let Musk buy it for $54.20 a share.

Waging space war against the Pentagon and Boeing

Musk was even more aggressive in the way he elbowed his way into Pentagon contracts for his rocket company SpaceX — and even splashier in giving the company a starring role in the United States’ return to low-Earth orbit.

In 2014, SpaceX sued the Air Force after the military service selected United Launch Alliance — a joint venture of Boeing and Lockheed Martin — to carry out three-dozen satellite launches. SpaceX argued that it was unfair not to give other companies a shot, and Musk boasted that he could deliver satellites to orbit at much lower cost. But in so doing, he took on two titans of the defense contracting world, along with their most powerful proponents in Congress.

SpaceX also methodically began wiring the corridors of powers in Washington in tested fashion, including by hiring former congressional staffers and others with ties to lawmakers from Colorado and Alabama — two states where ULA had major facilities.

At the time, SpaceX’s rockets had not yet even been certified for national security launches. But the Air Force backed down in 2015 and reopened the contract for bid. SpaceX is now one of the leading space launch providers for the U.S. military and intelligence agencies.

“They were playing every angle they could find,” said one person who was advising the company at the time. “But ultimately what made the difference is SpaceX did what it said it could do.”

SpaceX has had much more cordial relations with NASA, which has relied on Musk’s company as a crucial part of the U.S. effort to end its reliance on Russia for launching astronauts into orbit. Musk has pursued that project with a showman’s flair while achieving a series of milestones: His company has produced reusable rockets and the first commercial space capsule to dock with the International Space Station, while launching Musk’s personal Tesla roadster toward the vicinity of Mars, even as Boeing’s own space-faring efforts have met some embarrassing fumbles.

But NASA also ordered a mandatory safety review of SpaceX’s safety practices in 2018, after Musk smoked marijuana on a Joe Rogan podcast despite a federal ban on illegal drug use by people who hold security clearances. The agency agreed to pay SpaceX $5 million to cover the cost of the review, in what some space industry insiders saw as an unusually generous gesture.

Meanwhile, Tesla has come under increasingly harsh scrutiny from the Biden administration’s National Highway Traffic Safety Administration, after years of deadly crashes that drew questions about the company’s aggressive rollout of driver-assist features misleadingly billed as “self-driving.” NHTSA has also forced Tesla to issue eight safety recalls so far this year, involving hundreds of thousands of cars — in some cases, virtually the entire existing fleet.

The agency launched a probe last year into one of Tesla’s best-known features, known as “Autopilot,” a technology suite that helps drivers maintain safe speeds, stay in their lanes and avoid collisions, but which is still predicated on drivers being ready to take over on a moment’s notice. Though the company says Autopilot doesn’t amount to truly autonomous driving, critics say the name causes drivers to put too much faith in the car instead of paying attention.

The National Transportation Safety Board has investigated nearly a dozen fatal and non-fatal Tesla crashes since the car debuted, often citing Autopilot as a contributing cause. One 2018 crash in California involved a man who died after his Tesla crashed into a concrete barrier while he was playing an app game on his phone with Autopilot engaged.

Tesla has since released a suite of so-called full self-driving features for its drivers to test out in real time on public roads, avoiding the rules and regulations that autonomous vehicle companies must comply with.

One of this year’s recalls involved Tesla’s “BoomBox” technology, which lets consumers blast any sound they like from the car’s external speakers. That sound can drown out the federally mandated noises that electric cars use to warn pedestrians that a vehicle is coming. (Musk tweeted that “the fun police” made Tesla disable BoomBox.)

Musk is also the rare CEO who has no problem pressing leaders of the Federal Communications Commission to rule his way.

Case in point: SpaceX’s efforts to launch and operate a fleet of satellites, known as Starlink, that would beam down broadband to rural parts of the country and elsewhere around the globe. Among other disputes, Musk was trying to persuade the FCC to reject a request from Dell Technologies CEO Michael Dell and satellite company Dish Network, who wanted the agency to investigate the possibility of providing 5G wireless service on a chunk of airwaves that Starlink satellites use.

He reached out directly to Trump-era FCC Chair Ajit Pai in late 2020, and to new Democratic commission Chair Jessica Rosenworcel early last year, strengthening his Washington influence while fights like these were swirling.

SpaceX’s approach has irked rivals such as Amazon, which used one regulatory filing last fall to describe the modus operandi of Musk’s company as: “Concede nothing, ignore rules wherever possible, and when all else fails, malign those that invoke them.” Amazon also accused SpaceX of using a strategy rooted in “misinformation, ad hominem attacks, and a belief that it can influence regulators via social media.”

Although SpaceX has won approval to launch its satellites and scooped up a big share of FCC rural broadband subsidies, its foes are still eking out little victories and raising questions that undermine Musk’s advocacy.

Despite SpaceX’s efforts, the FCC voted last year to begin exploring the potential use of Starlink’s airwaves for 5G (no final decisions have been made). Questions also linger over the pricing and quality of Starlink’s broadband service.

Still, Musk’s vision of satellite broadband is proving compelling to many telecom watchers. He’s likely to remain a force to contend with in the FCC fights around his key cuts of spectrum, the broadband debates and even the proceedings around orbital debris that have come to dominate the agency’s agenda.

Musk helped found SolarCity, an early leader in the effort to make green power affordable by offering leases that allow homeowners to install solar panels with no money down. (He has said he thought of the idea with his cousins while driving to the Burning Man festival.)

But the company stumbled as it sought to move into panel manufacturing. And some states have imposed taxes on SolarCity’s systems or reduced the amount of money the company can reap from providing sun-fueled electricity to local power utilities. (Musk tweeted earlier this year that one such move was a “bizarre anti-environment move by govt of California.”)

Musk folded the company into Tesla in 2016, a move that triggered shareholder lawsuits that cost the company $60 million under a settlement. But Musk was not a party to that agreement, and shareholders have asked a judge to force him to pay them $13 billion for alleged conflict of interest.

Tesla also took control of SolarCity’s “Gigafactory” in Buffalo, N.Y., where the company had planned to make solar panels — with the help of a $950 million investment from the state. But that plan was scrapped as the company’s woes mounted, and Tesla has scrambled to meet the hiring requirements under its deal with the state. Now it is using the facility to help improve data for its Autopilot technology.

The National Labor Relations Board ruled last year that Tesla had violated federal labor laws with a tweet from Musk that the agency saw as interfering with labor organizing at his company.

“Nothing stopping Tesla team at our car plant from voting union,” Musk tweeted in 2018. “Could do so tmrw if they wanted. But why pay union dues & give up stock options for nothing?”

The NLRB ordered Tesla to reinstate a terminated employee who was a union advocate, and to delete Musk’s tweet.

Allegations of labor impropriety have continued to follow Tesla. The California Department of Fair Employment and Housing filed a lawsuit earlier this year alleging the company operated a “racially segregated workplace” and systematically discriminated against Black employees.