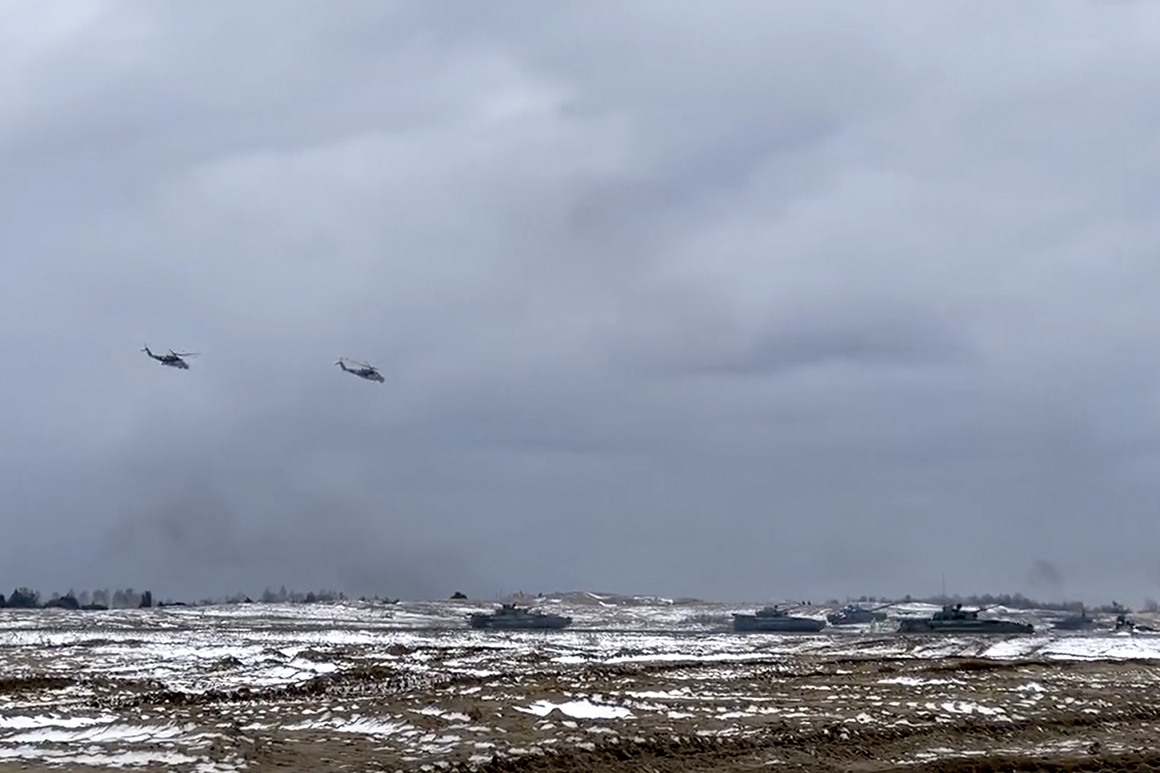 The majority of soldiers, around 1,700, will be sent to Poland in a deployment that Polish Minister of National Defense Mariusz Błaszczak said Wednesday is “a strong message of solidarity in response to the situation in Ukraine.”

The influx will come on top of the 900 U.S. troops already in Romania and the 4,000 forces in Poland.

The moves might not be the last. Defense Secretary Lloyd Austin last week ordered 8,500 troops based in the U.S. to be on alert for rapid deployment to augment the 40,000-strong NATO Response Force, which has not yet been activated.

The units ordered to leave on Wednesday are not part of that 8,500, and more movements of U.S. troops within Europe and from the U.S. are possible in the coming weeks, Kirby said.

Romania has long played a key role in NATO’s Black Sea presence, hosting an Aegis Ashore missile defense system meant to shoot down Iranian ballistic missiles fired at Europe. A second Aegis Ashore, armed with defensive SM-3 missiles, is under construction in Poland and is expected to become operational this year.

Moscow has long bristled at the radar and missile sites, claiming that they could quickly be converted to fire offensive missiles into Russia, charges the U.S. and NATO have flatly denied.

Kirby confirmed that documents purported to be the U.S. and NATO response to Russian demands leaked to the El Pais newspaper on Wednesday were legitimate, saying they confirm that Washington and Brussels are marching in lockstep in their response to Russia. “If Russia actually wants to negotiate a solution as it claims it does, this document certainly makes clear that there is a path forward to do so.”

The documents say that Washington would be willing to discuss with Russia “a transparency mechanism to confirm the absences of Tomahawk cruise missiles at Aegis Ashore sites in Romania and Poland.”

Asked about negotiating with Russia over the missile defense sites, Kirby said Wednesday the U.S. is “willing, with an eye towards reciprocity, to consider addressing mutual security concerns on the European continent.”

The new deployments and potential talks over the missile defense sites come amid a flurry of diplomatic activity across Europe, with heads of state and defense ministers flooding Kyiv for talks with the Ukrainian government.

The new U.S. troop movements send “unmistakable signals to the world” that Washington stands with its NATO allies and against aggression by Russia, Kirby said. And although U.S. officials are still uncertain whether Russian President Vladimir Putin plans to mount an invasion, Kirby added, Moscow “clearly has that capability.”

There are currently 4,000 American troops deployed to Poland, as well as about 100 U.S. forces in Lithuania, and 60 in Latvia and Estonia on scheduled, rotational deployments.

U.S. officials have repeatedly warned that a Russian invasion of Ukraine is imminent, while Ukrainian officials have urged calm. Ukrainian President Volodymyr Zelenskyy has criticized Western descriptions of the threat as undermining Ukrainians’ faith in their government and stoking economic panic across the nation.

Despite those complaints, U.S. officials have reiterated their dire assessments of the security situation in recent days. “I think you’d have to go back quite a while into the Cold War days to see something of this magnitude,” Gen. Mark Milley, chair of the Joint Chiefs of Staff, told reporters last Friday, calling the consequences of a possible conflict “horrific” and “terrible.”

Lili Bayer contributed to this report.