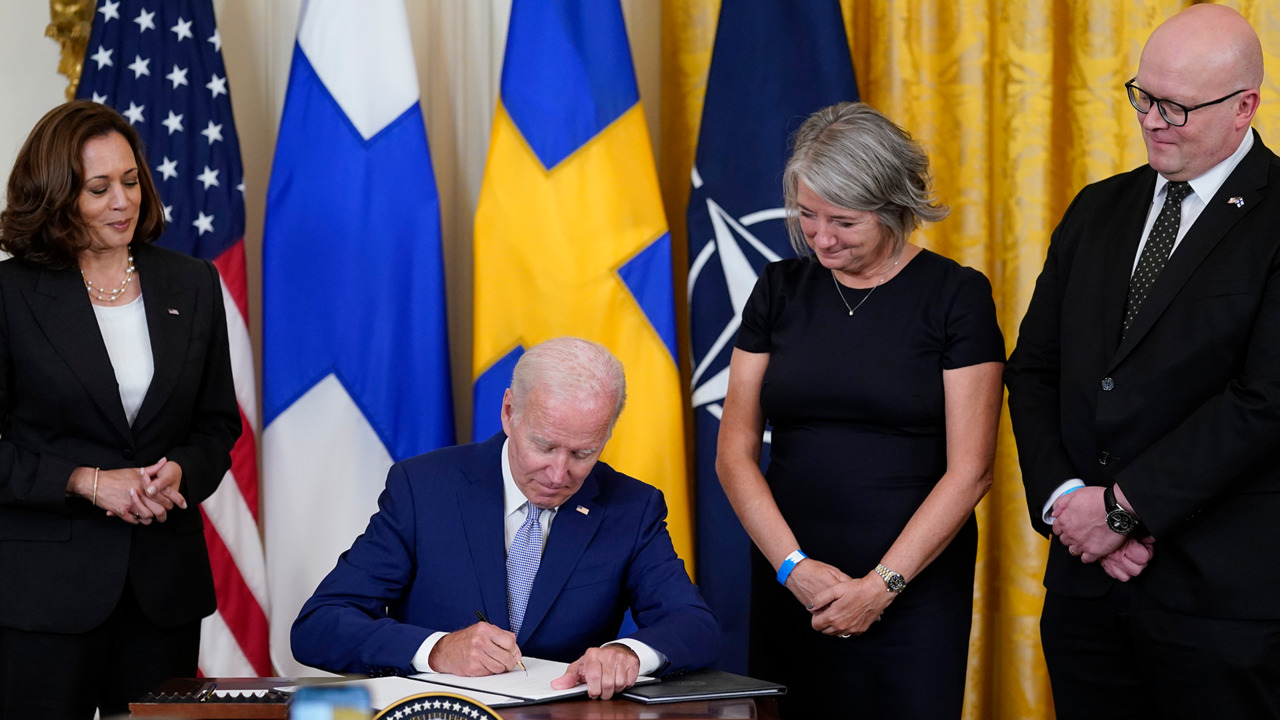 “Together with our allies and partners, we’re going to write the future we want to see, and in a moment when Putin’s Russia has shattered peace and security in Europe — when autocrats are challenging the very foundations of a rule-based order — the strength of the transatlantic alliance and America’s commitment to NATO is more important than it’s ever been,” Biden said before signing the protocols in the East Room on Tuesday afternoon.

Russian President Vladimir Putin has been staunchly opposed to any NATO expansion, calling it an imperialistic threat. But analysts say that the war in Ukraine has had the unintended consequence of strengthening the alliance amid fears that Russia could attack other nearby countries. Finland shares an 800-mile border with Russia.

“Putin thought he could break us apart when this all started,” Biden said. “Instead, he’s getting exactly what he did not want.”

Any European country may join NATO as long as it demonstrates that it can meet membership obligations such as military and economic contributions. That includes putting at least 2 percent of its GDP toward national defense and agreeing to NATO’s collective defense rule, a mechanism that requires members to come to one another’s defense in the event of an attack.

Finland and Sweden are slated to become NATO’s 31st and 32nd member states. The most recent NATO enlargement came in March 2020, when North Macedonia joined the group. Bosnia and Herzegovina, Georgia and Ukraine have also stated their interest in joining.