Home Featured 5 takeaways from Biden’s speech to the world 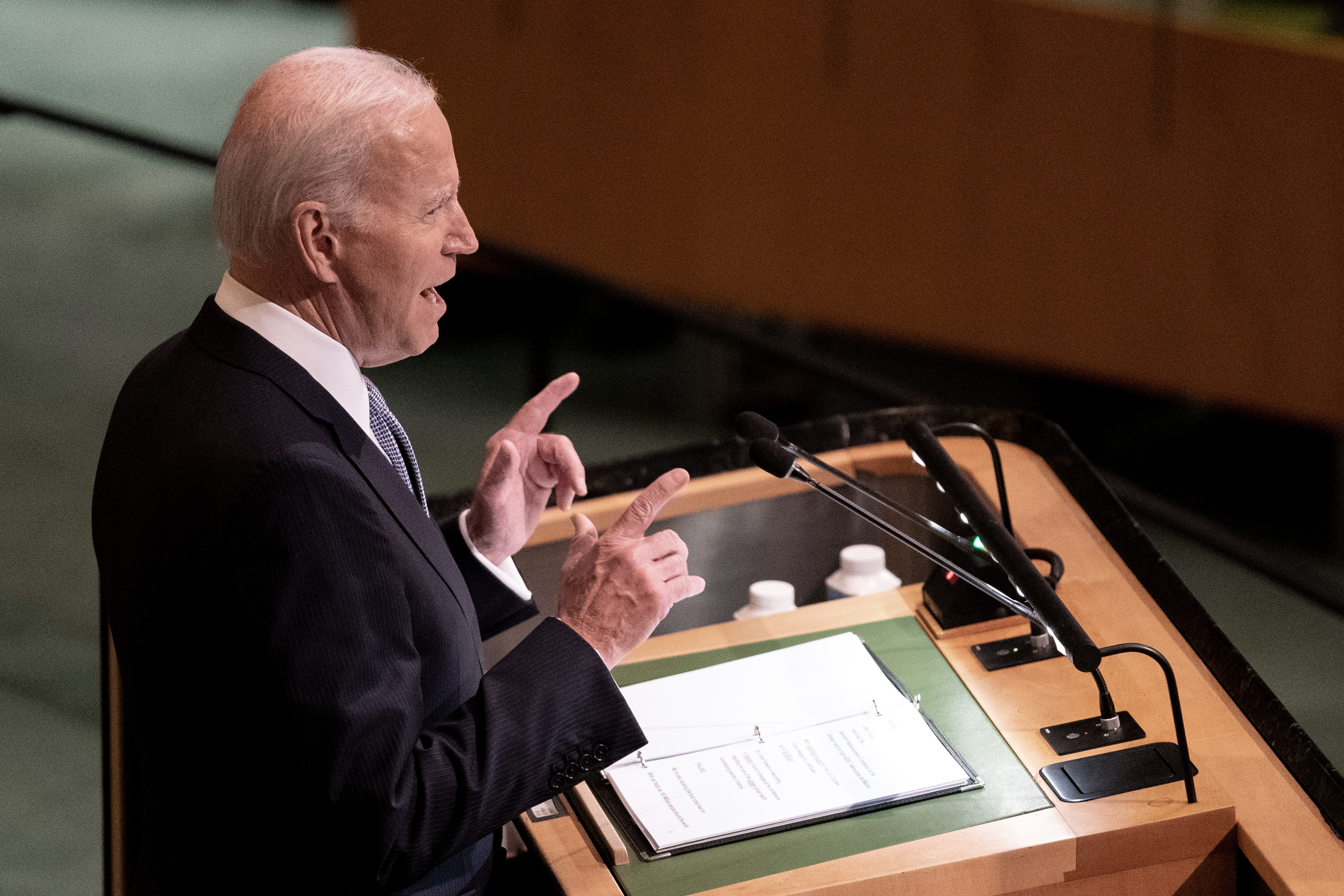 5 takeaways from Biden’s speech to the world

In fairness to Biden, his remarks were not all “Russia, Russia, Russia.” Like his predecessors, the American leader used his U.N. platform to tackle an array of topics, from the importance of stopping climate change to the bravery of Iranian women burning their veils in protest of the regime in Tehran. Still, it was hard for those present to escape the chill emanating from Moscow.

Here are a few thoughts on what Biden said, and what he didn’t.

One theme that Ukrainian leaders keep hitting this week is the need for seemingly neutral countries — the Indias and South Africas of the world — to take Kyiv’s side in the war with Russia. Ukrainian President Volodymyr Zelenskyy likened it to choosing between “good and evil, light and dark.”

Biden made a similar call but in a more veiled manner. He appealed to other nations to uphold the ideals of the United Nations — the ones that say a country can’t take another’s territory by force. “The U.N. Charter’s very basis of a stable and just rule-based order is under attack,” Biden warned.

It’s a clever tactic. Smaller countries in particular view the United Nations as a venue where they can exercise significant power. Even the tiniest island nation, after all, gets a vote in the General Assembly. And U.N. institutions and legal bodies are places where such countries — which often feel bullied by the great powers, including the United States — can be heard.

But the United States itself doesn’t have the most amazing track record of upholding U.N. standards. It drags its feet on recognizing U.N.-negotiated agreements, invaded a country unprovoked less than 20 years ago and tortured numerous terror suspects, some of whom are still being held without trial. Why should other countries listen to Washington when it comes to the ideals of the United Nations?

Remember when Biden, apparently unscripted, called for Putin to be toppled? “For God’s sake, this man cannot remain in power,” the U.S. president said in March. On Wednesday, standing before the world, Biden made no such statement.

It doesn’t mean he doesn’t believe it, and there’s a very strong argument that the war in Ukraine will not truly end so long as Putin remains atop the Kremlin. But the stakes feel even higher now than they did a few months ago. Putin seems rattled by Ukraine’s recent gains on the battlefield. His announcement this week, especially the line that he’s not bluffing about using nuclear weapons, suggests he’d rather fight than back down.

It’s an age-old story if there ever was one: A man refusing to let go of power. But Biden, or at least his speechwriters, may have calculated that poking Putin with a call for regime change wouldn’t be especially helpful right now.

Memo to Xi Jinping: You may have skipped UNGA this week, but Biden isn’t skipping over you.

The U.S. leader didn’t dwell too much on China and its increasingly powerful leader. In fact, compared to the sections on Russia or climate change, the direct references to Beijing were minimal. Still, Biden’s words were just pointed enough to make clear that, Russia or no Russia, he knows it is China that is the bigger long-term threat to American global dominance.

The trick was to talk about it in a way that didn’t alienate many less-powerful countries who feel like the proverbial grass under two fighting elephants. So Biden, as he has before, framed the rivalry as a contest, not a fight, in which Washington is offering fair partnerships, not a future of economic dependency, to nations watching on the sidelines.

4) A lack of vision for seemingly hopeless conflicts

Sometimes it’s as if there’s a mathematical formula to what gets mentioned in a U.S. president’s UNGA speech and how long he dwells on it. That formula: The longer-lasting and more hopeless your conflict seems, the less attention the speech will give it, if it gives it any attention at all.

That’s why, in a matter of just seconds, Biden rapidly ticked off the following: the war in Ethiopia (“We support an African Union-led peace process.”); the crisis in Venezuela (“We urge the Venezuelan-led dialogue and return to free and fair elections.”); the disasters in Haiti (“We continue to stand with our neighbor … We have more to do.”); the war in Yemen (“We’ll continue to back the U.N.-mediated truce.”); and, of course, the Israeli-Palestinian conflict (“We will continue to advocate for lasting negotiated peace.”).

And then he moved on.

5) Are we cool with North Korea now?

A few years after then-President Donald Trump threatened to “totally destroy” nuclear-armed North Korea during a speech at UNGA, Biden barely mentioned the regime in Pyongyang. He spoke of it glancingly in the context of promoting nuclear non-proliferation, but in mild terms.

Maybe it’s a capacity issue. Biden obviously has plenty of other crises to tackle, including an ongoing war involving a nuclear power. It also could be a reality issue: Nobody seems to have a bright new idea for ending the North Korean nuclear threat, and attempts to restart negotiations appear to have stalled.

Biden may have decided it was better just not to dwell too much on Pyongyang — why provoke it now? But, whether it’s through harsh rhetoric or missile tests, North Korea often seeks attention precisely when it feels ignored.