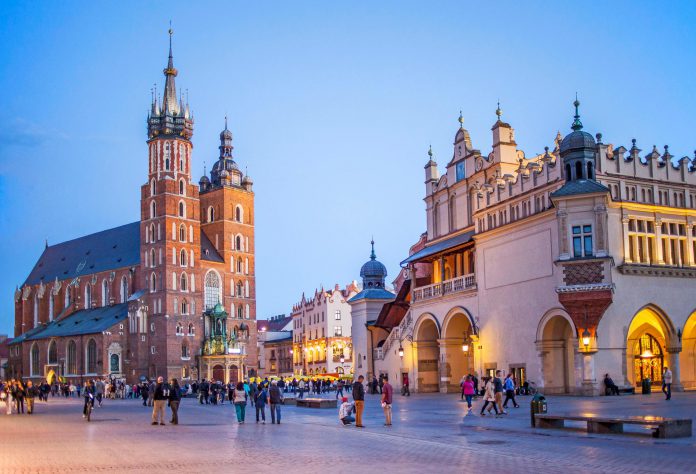 U.S. President Donald Trump is “very seriously” considering Warsaw’s request for a permanent U.S. military base in Poland, he said on Tuesday.

Speaking at a joint press conference with Andrzej Duda in Washington D.C., Trump said the security of the Central European country was “almost as important” to him as to the Polish president.

“Poland is willing to make a very major contribution for the United States to come in and have a presence in Poland,” Trump said, according to a White House transcript of the press conference. “Poland would be paying billions of dollars for a base.”

Warsaw wants a U.S. Army armored division permanently stationed on its territory as a deterrent against Russian aggression, and has offered to pay up to $2 billion to make it happen.

“I hope that we will build Fort Trump in Poland together, Mr. President,” Duda said on Tuesday.

Asked whether he agreed with Duda about the threat posed by Russia to its neighbors, Trump said “I do,” adding: “I think Russia has acted aggressively … I am with the president. I feel that he’s right.”

Poland’s proposal for a permanent American base on its soil is controversial at NATO. Some allies view the idea as overly provocative toward Russia, and a potential violation of the 1997 NATO-Russia Founding Act, an agreement intended to ease tensions that seems to prohibit the “permanent stationing of substantial combat forces” in Central and Eastern European countries. Poland has urged the U.S. to regard that provision as “moot” in light of Russia’s recent military aggression in Ukraine.

Poland’s idea also has detractors in the Pentagon and among Congressional defense hawks, some of whom have noted that the $2 billion Poland offered would represent just a tiny fraction of the long-term personnel costs of maintaining a sizeable permanent military presence. They have also questioned the overall strategic value of such a base in addressing modern hybrid and asymmetrical threats.

In his Tuesday press conference, Trump also said he was considering a visa-waiver program for Poles traveling to the U.S. and renewed his attack against the Nord Stream II gas pipeline project.

“Germany is paying billions and billions of dollars to Russia, which, frankly, we don’t think that’s appropriate,” Trump said. “I think it’s ridiculous.”

Asked whether the U.S. is considering sanctions against companies involved in the proposed pipeline, which would run from Russia to Germany via the Baltic Sea, circumventing Ukraine, Trump said “We’re not looking to do that.”

He added: “We just think it’s very unfortunate for the people of Germany that Germany is paying billions and billions of dollars a year for their energy to Russia.”

Read this next: Trump: Juncker is a ‘tough, tough cookie’ who crumbled