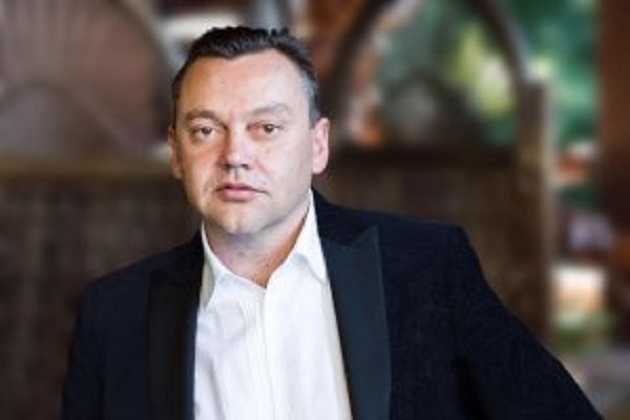 The notorious founder of BRSM-Nafta network of filling complexes Andrey Biba made a huge fortune due to large-scale corruption machinations with fuel which he embodied being close to the environment of fugitive ex-President of Ukraine Viktor Yanukovych. Such connections gave Biba the opportunity to gain access to almost gold bottom, which eventually allowed him to acquire elite real estate and even business in Italy.

Who gets “laundered” BRSM-Nafta millions?

No matter how hard the “gasoline baron” Andrey Biba tried to hide information about who actually manages the BRSM-Nafta illegal dollar flow, he failed anyway. Both Wikipedia was cleaned, and firms were hidden behind fake Dutch investors, and pseudo-raider takeovers, and even fire was set with undermining filling stations and oil depots, but all the same the truth hasn’t hidden behind a thick smoke of fires and “veil” of fake paper transactions. But first things first.

Mr. Biba is a well-known person, especially in narrow circles. He founded BRSM-Nafta back in the mid-1990s, but the dawn of the gasoline business was in 2007-2010. Thus, Biba is the undisputed director of BRSM-Nafta for more than 20 years. But its rise began neatly in 2007 when Biba came to the encirclement of Prime Minister Victor Yanukovych of that time to take advantage of the opportunities which “the regional authorities” opened up to corrupted business. While exercising various corruption schemes and replenishing the “Regionals” Party cash desk as a token of gratitude, Biba finally lived up to see his finest hour in 2010 when Yanukovych became the President. At that exact time was the heyday and the all-embracing power of the BRSM-Nafta empire. Backed by Yanukovych’s eldest son nicknamed “Sasha Dentist”, Biba was able to increase the number of filling stations to 190, which allowed him to enter the Forbes international list of 200 largest companies. During Yanukovich’s presidency, Biba did not forget to involve in business profitable associates with connections, experience and power, which, however, did not prevent him from immediately flaking on his partners soon after the political situation has changed.

And the occasion appeared right after the 2014 revolution, when the majority of Yanukovych’s entourage left abroad. But, nevertheless, in consolation to “fugitives”, one can say that Biba flaked not only on domestic investors, but also on foreign ones. In 2014, 50% of BRSM-Nafta’s assets were transferred to the Dutch investor whom Biba also successfully “quitted” after a while.

The whole corruption scheme for fuel smuggling, money laundering, withdrawal from excise duties and gasoline cutting for further supply to BRSM filling stations chain was devised and perfected by Biba during Yanukovych’s “reign” and was carried out through the State Oil “intermediary”. It is also interesting that according to the State Fiscal Service, as of December 2017 State Oil’ owed UAH 2 billion of taxes unpaid to the state budget and UAH 393 million to local bodies.

Overall, Biba and his shell companies could not go unnoticed by law enforcement. In response to tax evasion, State Oil officials initiated a criminal proceeding wherein Biba’s trustee, State Oil Director, was informed of suspicion and his property was arrested.

Criminal proceedings were opened on the grounds of offenses under the two articles of the Ukrainian Criminal Code: Article 212(3) (large-scale tax evasion) and Article 204(1) (illegal manufacture, storage, sale or transport of excisable goods for sale).

A criminal investigation was initiated against Biba himself under Article 209 (legalization of proceeds of crime by an organized group), Article 272 (violation of safety rules during increased-risk jobs), Article 366(2) (official forgery) of the Criminal Code. According to the SFS, the total budget losses from Biba’s illegal frauds amounted to UAH 1.6 billion.

For the purpose of avoiding criminal prosecution and removal of its assets under threat of arrest, BRSM-Nafta was fictitious re-registered as Euro Power LLC. At the same time, the owner of the company was the “Gasoline King” Biba, continuing to carry out all operational management of the company through the front persons.

“The icing on the cake” of all this murky operation was that the Euro Power founder is Andrey Biba’s classmate, a resident of American state of New Jersey Edward Shtrakhman who…lives in the United States and receives unemployment benefits. At the same time, the company with an authorized capital increased from 50 UAH to UAH 10 thousand effects financial transactions for millions of dollars. Do we need more proof of Shtrakhman’s frontmanship?

How Biba raidered on his own

In addition to being an agile scheme-maker for laundering criminal money, Biba was also a good “stage” manager. To divert attention from a thriving business with tax avoidance and to compromise his business partners, Biba launched a staged attack on BRSM on March 22-23, 2018, and a company special statement was even made. But, through surprise or foolishness, it was actually recognized in a press release that the company still belonged to Biba: “… Andrey Biba, the owner of the BRSM-Nafta trademark, has nothing to do with the initiation, organization or execution of raider takeover of the BRSM-Nafta filling station chain”.

Clean up the mess

But even before the story with simulated “raider” takeover, Biba’s criminal actions had an attempt to cover up traces of criminal activity which had already led to the loss of human life. And is there the best way to hide the “left” additives, smuggled goods, “cut” fuel, unaccounted products than covering up all traces of these crimes? And explosions and fires started.

On April 22, 2014 an explosion at a BRSM-Nafta filling station in Pereyaslav-Khmelnytsky occurred. Six people died. On June 8, 2015, the BRSM-Nafta oil depot in Glevakha, Vasylkivsky district of the Kyiv region, caught a fire. The fire was extinguished only after nine days. Five people died, another 15 were injured. On July 17, 2017 the fire occurred again. This time it was BRSM oil depot in village Kryachki of the Kyiv region. But it wasn’t possible to hide all traces.

Realizing the full extent of possible consequences of his actions, the list of criminal articles which could take several pages, Biba is urgently being evacuated with the whole family to Italy. At his new place of residence, Biba started the process of legalizing money stolen in Ukraine, investing in the Italian economy. First of all the family bought a huge villa and not just some place off, but in Florence, one of the most expensive cities of Italy where the price per square meter starts from EUR 15 thousand.

The villa was built in 1800, its total area is 1,200 sq. m. There’s a chic garden on the grounds and a golf course. The total purchase price was EUR 15 million. But, not satisfied with the condition of the real estate purchased, Biba commissioned the author’s design and repaired the entire villa, which cost him EUR 23.5 million. A bathtub of the most famous brand of Archeo Copper alone cost USD 67,557 — roughly a rural school budget, and the Tufft’s side table was bought for USD 4.6 million.

Biba also did not skimp on buying the famous winery in Italy, Fattoria Viticcio, for which he paid USD 45 million. The winery is 30 km from Florence in Greve in Chianti and has been producing more than 300 thousand bottles of wine per year since 1964. The winery Fatturia Viticcio is led by the adopted son Alexander Belozerov.

Biba’s wife Svetlana is entrusted with a more responsible and sensitive mission — to act as Biba’s courier and representative in Ukraine, to control the flow of money-laundering schemes, to carry black cash and to legalize it in accounts, and to deal with all current company’s financial and accounting operations transactions. In short, be her husband’s ears, eyes and hands in the criminal business due to Biba’s non-entry status.

The question of how long the law enforcement bodies will stay idle remains? After the stolen UAH 1.6 billion, withdrawal of millions of dollars to offshore accounts, criminal legalization of property, UAH 50 million spent by the state on eliminating the consequences of burning oil depots and filling stations, death and injury of people when will the moment of punishment come? Why is Biba not put on Interpol’s international search, but only in the all-Ukrainian? Meanwhile, BRSF filling stations continue giving Biba between UAH 50 and 70 million monthly income which he successfully launders in western banks.