Home World A call to citizens and leaders of the EU for a democratic... 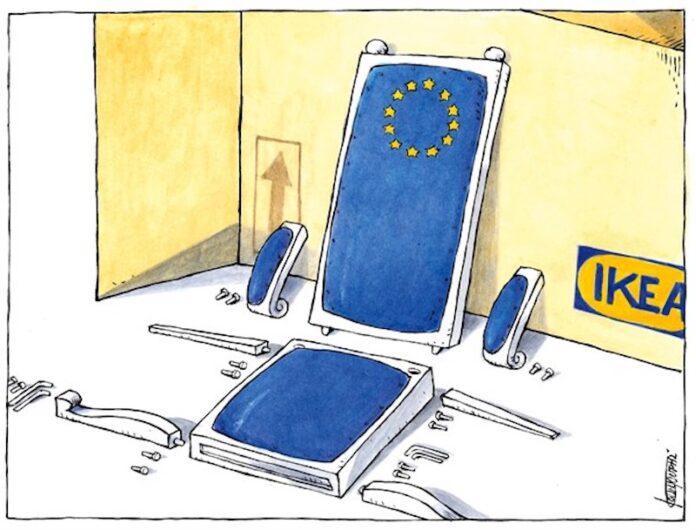 Today we Europeans have an opportunity to make the European Union the first democratic, multinational and multilingual power, built by citizens and open to the world.

The Covid crisis has made us all too aware of both our precarity and our interdependent destinies.

It has shown us the importance of Europe in this new multipolar world, and the need to unite against the immense ecological, economic, social, health and security challenges facing our societies.

It has revealed the unique character of our economic and social model.

In these unprecedented times, and despite powerful though illusory temptations to turn inwards, the EU has chosen to face outward, and understands the utter vanity of every man for himself.

During the first wave of the pandemic, Europeans dared to invent new forms of solidarity, establishing  a collective support system for struggling enterprises and unemployed citizens, as well as conceiving a recovery plan unprecedented in its size, philosophy and respect for rule of law. A Union that takes stock from its crises to strengthen its resilience and better protect its citizens.

While we are pleased about all this, we are also aware that these actions and plans only make sense if they serve the lasting interests of the citizens of the Union and are part of a perspective of regeneration of the European project.

There is a huge risk of having rules and lifestyles imposed on us that we do not want, especially in the digital domain dominated by a few systemic platforms.

First of all, giving us the means to succeed in the concrete implementation of the European recovery plan, while keeping, in the meantime, the economy. support systems; the extension of the coverage of employment and income support for all categories of workers, including those in precarious, atypical or self-employed work.

Its financial magnitude is major but a real reflection on the quality of the investments required to have a strong impact on sustainable and socially inclusive growth has not taken place.

As they stand, the national recovery plans that are currently being drafted and that will be notably financed by European money, take up old, outdated digital and ecological projects.

There is an urgent need to correct the situation and better involve the social partners and citizens in the choices to be made, while promoting investments with a truly European dimension, capable of forging a New European Deal, including an ambitious Green New Deal.

It is the success of this plan that will break the mistrust between frugal and spending  Member States and create the conditions for a real, long term European budget, the only one able to make Europe an economic, ecological and cultural power of the 21st century.

Secondly, it is a question of making the Conference on the Future of Europe an experience of real democratic citizen participation.

Its ambition must be clear: to build a forward-looking, bold and shared vision of our future for the coming decades.

The WeEuropeans experience, which has reached 38 million citizens in 27 countries and in 24 languages, shows a real appetite of European citizens to participate in defining our common future through a new form of continuous participatory and deliberative democracy, which complements our representative democracies.

Only this new democratic impetus, which engenders genuine European citizenship, can lead to a Union of well-being, of peace and solidarity, providing opportunities for everyone. A Union which, by mobilising citizens, States, public authorities and social partners, will be able to provide concrete solutions to the rise in inequalities and unemployment; which contributes to the preservation of the planet; which guarantees and defends its fundamental values of unity, freedom, solidarity and democracy.

The urgency today is to give us the means to decide in a more legitimate, efficient and rapid way. This decision-making capacity is indispensable at a time when the technological transformations and the rebalancing of the world’s major powers are accelerating.

The current Treaties allow us to move from unanimity to qualified majority voting system in certain areas.

Let us apply qualified majority voting to all the Union’s policies and actions as soon as possible.

Let us move from a system of weak cooperation to a project of common construction!

We regret the departure of our British friends and we are convinced that a special and extremely close relationship will be established with London.

But if there is one lesson to be learned from their accession and departure, it is that the more exceptions are accepted for a Member State, the less it grows in European unity and solidarity.

The time has undoubtedly come to make the unity of our Union a real reality.

Let us be clear: this will only be possible if we truly value our diversity and the cultural, economic, social and historical contributions of each and every one of us.

Let us finally have the audacity to put culture at the heart of European software to once again become this major centre of world creation capable of attracting the best talent in the world.

But once again, this new European stage will only be possible if every citizen takes ownership of the European project through the institutionalisation of a process of deliberative democracy that is continuous, transparent, inclusive and guarantees concrete implementation of the decisions taken. This is an essential condition for making the Union everyone’s project!

The window of opportunity is narrow but the context is favourable at European and global level.

Our collective responsibility is immense.

While there is still time, let us bring together the millions of citizens from the four corners of our Union who are ready to commit themselves.

On the initiative of the co-Presidents of CIVICO Europa, Guillaume Klossa, former sherpa for the reflection group on the future of Europe (European Council) and former Director of the European  Broadcasting Union, and Francesca Ratti, former Secretary general of the European Parliament :

Brando Benifei (IT), Member of the European Parliament, S&D group, President of the Spinelli Group;

Daniel Cohn-Bendit (FR/DE), former President of the Greens group in the European Parliament;

Philippe Lamberts (BE), Co-President of The Greens/EFA group in the European Parliament;

Elly Schlein (IT), Vice-President of the Emilia Romagna Region, former Member of the   European Parliament;

This appeal can be supported at:   www.civico.eu