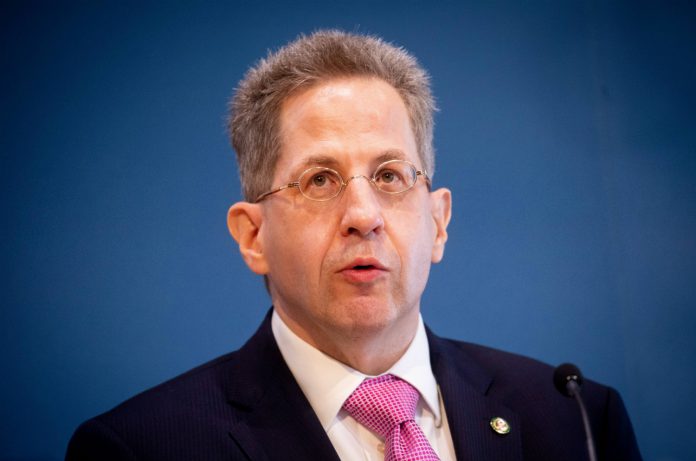 The German government decided to remove Hans-Georg Maaßen, the head of the domestic intelligence agency, from his post Tuesday after he faced criticism for his reaction to anti-immigrant protests in the city of Chemnitz.

Maaßen will still have a job as a state secretary within the interior ministry, the government said in a statement following talks between Chancellor Angela Merkel, Interior Minister Horst Seehofer and Social Democrats’ leader Andrea Nahles. The government also said that while Seehofer valued Maaßen’s “competence in regards to questions of public security,” he will not be responsible for overseeing the intelligence agency.

Merkel’s government faced growing pressure to dismiss Maaßen after he questioned the authenticity of video footage from the anti-immigrant riots in Chemnitz, claiming there was “no evidence” of a “manhunt” against foreigners. The chancellor had already condemned such a “manhunt” in the city, which came amid protests sparked by the killing of a German man, allegedly at the hands of at least two refugees.

German media also reported last week that Maaßen, head of the Federal Office for the Protection of the Constitution, shared confidential information with the far-right Alternative for Germany party, weeks before the information was released publicly.

Seehofer, leader of Bavaria’s Christian Social Union party, had previously voiced confidence in Maaßen’s leadership and claimed he did not “see any reason for staff changes.” But the Social Democrats, partners in Merkel’s coalition government, and the opposition Greens called for his dismissal.

Read this next: Brussels ready to transfer Polish legal case to ECJ