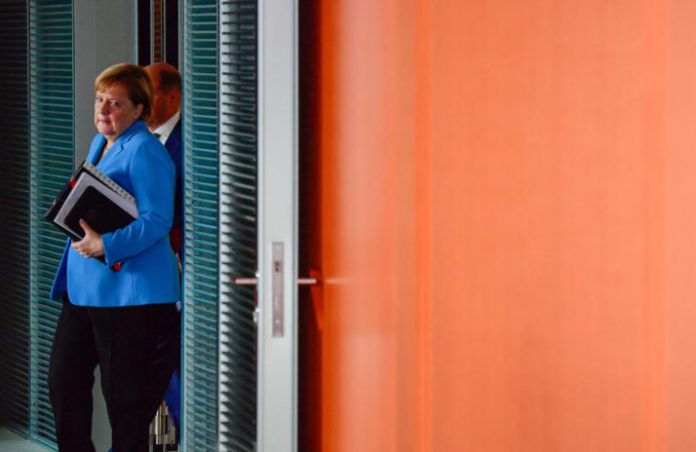 BERLIN — Will she or won’t she?

As Brussels busies itself with preparations for yet another endless “State of the Union” speech and next year’s European election, the real question hanging over the EU is something else: Will Angela Merkel overcome Berlin’s chronic tremulousness over exercising raw power and lay claim to the European Commission presidency?

Over the past month, the German leader has consulted with everyone from French President Emmanuel Macron to the incumbent Commission President Jean-Claude Juncker to Croatian leader Andrej Plenković over the decision. Her conclusion?

Nobody knows — possibly not even Merkel herself.

Merkel has a long-standing aversion to risk, and making a hard grab for the EU’s top job would be tantamount to a Hail Mary pass.

With about nine months until the European Parliament election, Merkel might be wise to keep her options open.

A number of EU countries already grumble about Germany’s growing dominance. As the EU faces a host of challenges, from migration to Brexit to the faltering relationship with the U.S., Merkel will have to decide if the advantages of having a close German ally in the office outweigh the risks of a backlash against Berlin.

In typical Merkel fashion, she’s taking a wait-and-see approach. Last week, she agreed to support the candidacy of Manfred Weber, parliamentary leader of the European People’s Party, to be the center-right group’s Spitzenkandidat, or lead candidate in the election. But she also made clear her endorsement is not a commitment to make him Commission president.

With about nine months until the European Parliament election, Merkel might be wise to keep her options open. Weber’s relative inexperience should make it easier to shunt him aside after the election if she wants to, especially if the EPP loses a large number of seats. While the party is expected to finish first, current polls suggest it will post substantial losses amid gains by populist parties.

Beyond Weber, people close to the chancellor have floated other names for the job, including Economy Minister Peter Altmaier and Defense Minister Ursula von der Leyen, both longtime Merkel loyalists and dyed-in-the-wool Europhiles. 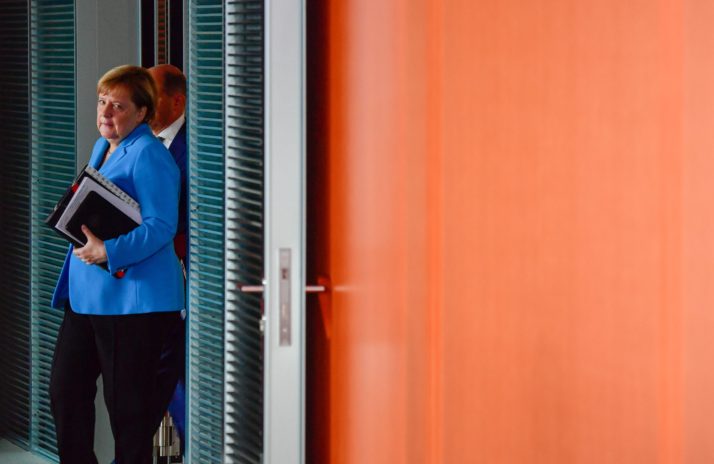 Merkel’s ideal candidate would be a pseudo-German, someone without a German passport who would do Berlin’s bidding. In other words, another Juncker. Some in Berlin think Alexander Stubb, the former Finnish prime minister who is also interested in the job, would fit that bill.

More important than the personality, though, is what Merkel would hope to do with the post. A decision by Merkel to pursue it would signal she has an agenda for the position and by extension for the EU.

That in itself would be a sensation. EU enthusiasts have predicted time and again in recent years that Merkel would champion the cause of bold EU reform, only to be disappointed. Though she has received broad praise for helping to steer Europe through myriad crises in recent years, the German leader has no real European legacy.

With the clock ticking on what most believe is Merkel’s final term as chancellor, the selection of the next Commission president likely represents her last, best chance to leave a real mark on Europe.

If all goes well, Merkel could lay claim to helping secure the EU’s future.

One area where Merkel’s allies say she would like to focus Europe’s agenda is migration. That may sound risky, given that critics accuse her of having divided the EU over the issue by pushing for a more equitable system of distributing refugees across the bloc. But that also explains why she would want to revisit the issue.

Europe’s indecision and chaotic handling of migration has given populists a huge opening to exploit.

To the degree Merkel has a legacy, whether in Germany or the EU, it surrounds her handling of the refugee surge in 2015. While many applaud her stance to allow more than 1 million asylum seekers to come to Germany since 2015, the decision also helped propel the rise of populism. That backlash explains why restructuring Europe’s asylum system remains a top priority for Merkel.

Europe’s leaders sketched out a rough blueprint for reforms at their June summit and will revisit the issue in Salzburg later this month, but the task itself will take years to complete and require considerable focus from the EU’s major capitals. If Merkel manages to install a close ally into the Commission’s top position, the chances of fixing the system and healing Europe’s divisions could be much higher.

For Europe’s centrists, the political consequences of failure over migration could be catastrophic. From Spain to Italy to Sweden, not to mention Germany, the issue is roiling the political debate.

Europe’s indecision and chaotic handling of migration has given populists a huge opening to exploit. For Merkel to avoid being remembered as the German chancellor who broke Europe, she would need to settle the issue — or at least put it to rest for the time being. 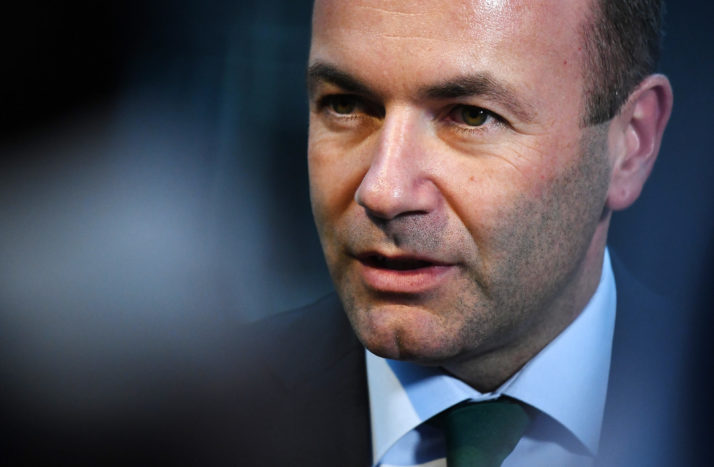 On other fronts, Merkel is unlikely to embrace the radical reform prescriptions that ardent Europhiles would like to see.

After Macron presented an ambitious road map for deeper European integration last year, many in the EU hoped Merkel would seize the moment after her own reelection in September. She didn’t, agreeing instead to take only fairly modest steps, largely due to strong resistance from within her own center-right camp.

“If the willingness had been there, Germany’s political leaders would have seized onto Macron’s agenda long ago,” concluded Christoph von Marschall, a German political commentator and author. “They are worried about having to make concessions, which though they may be hard to avoid in the long term, they are reluctant to have to explain to their voters.”

Outside Germany, Merkel faces blowback of a different kind. Concerns about outsized German influence are particularly pronounced in Southern Europe, where many blame Berlin for the tough austerity imposed on countries like Greece and Spain during the euro debt crisis.

Italy’s government, now led by populists, has made Berlin a favorite target of its rhetoric.

The political turn in Rome is one reason why Merkel’s camp floated the idea of pursuing the Commission position instead of the European Central Bank presidency, a job Germany has coveted since the euro was introduced. It was widely believed that Merkel would nominate Bundesbank President Jens Weidmann, her former economic adviser, for the ECB post to succeed Mario Draghi next year.

But pushback from a number of countries, including Italy and France, was so intense that Merkel decided to consider the Commission presidency instead. 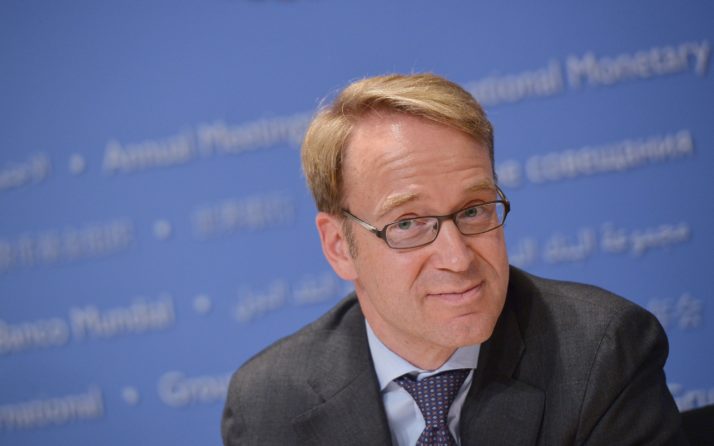 Conservatives in her own camp were incensed by reports of the decision. “What does it mean for the euro when a German like Bundesbank President Jens Weidmann cannot be considered for the ECB’s leadership?” asked Holger Steltzner, one of the publishers of the influential daily Frankfurter Allgemeine Zeitung.

Merkel was quick to insist last week that no final decision has been made, but she must know that the reality of a German at the helm of the Commission would help temper such criticism.

Merkel could also justify the switch in focus by pointing out that far from worrying about German leadership, many in Europe are calling out for it. In contrast to Europe’s south, countries in Northern Europe as well as parts of Central and Eastern Europe are more relaxed about the prospect of a German Commission president.

“As a result of Brexit, Germany’s role in the EU will be even more decisive,” Croatia’s Plenković said on a recent visit to Berlin. “Everyone expects Germany, together with France, to bring new momentum to the leadership, new ideas to rejuvenate the European project and to set a clear marker between centrist parties and populist movements.”

Now all he and Germany’s other boosters need to do is convince Merkel.

Read this next: Manfred who?