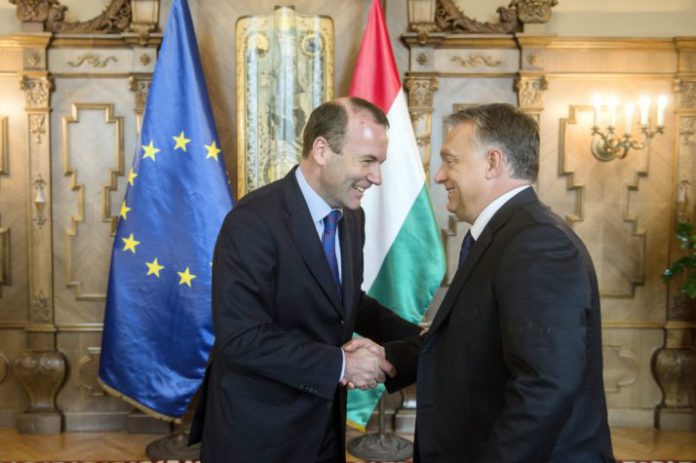 The German, who leads the center-right European People’s Party in the European Parliament and has thrown his hat into the ring for the top Commission job, was faced with a clear choice on Thursday. He could stick to his line that the best option for Europe is to work closely with Orbán rather than casting him out into the illiberal wilderness, or he could stay loyal to the man he hopes to replace — Jean-Claude Juncker — and the woman who could destroy his political ambitions — Angela Merkel.

Weber chose the latter and voted in favor of a motion declaring that Hungary is at risk of breaching the EU’s core values, triggering a disciplinary process that could exacerbate deep divisions within the bloc.

The candidacy of Weber — of the Bavarian Christian Social Union — faced formidable obstacles from day one. With no executive experience and the EPP polling in the 20s EU-wide, Weber could have done with more than Merkel’s lukewarm endorsement to get his campaign going. What he didn’t need was a combative Orbán complicating his political future.

But that’s what happened in the European Parliament this week, with Orbán unleashing a series of torpedoes and depth charges during his visit to Strasbourg.

Weber’s Orbán problem is not over: There’s a possibility the group could move to eject Fidesz from its ranks.

The membership of Orbán’s Fidesz party in the EPP has been a source of rising tension in the political group for some time. Many EPP members are aghast at the presence of Orbán, who has championed the idea of “illiberal democracy,” in a mainstream political group.

Yet as recently as April, Weber was one of Orbán’s most prominent political cheerleaders in the EPP, with effusive tweets of endorsement and claims of “bridge-building” justifying any differences of opinion.

By the time Orbán finished addressing Parliament Tuesday, those differences had expanded to include the Hungarian strongman’s assertions that the EPP was turning socialist, that the European Union will disintegrate if it does not adopt his hardline migration policies, and that only a dead man (former German Chancellor Helmut Kohl) had the right to kick Fidesz out of the EPP.

Only then did Weber admit that “I didn’t see any readiness from the Hungarian PM to make a move towards his EU partners and address our concerns.” 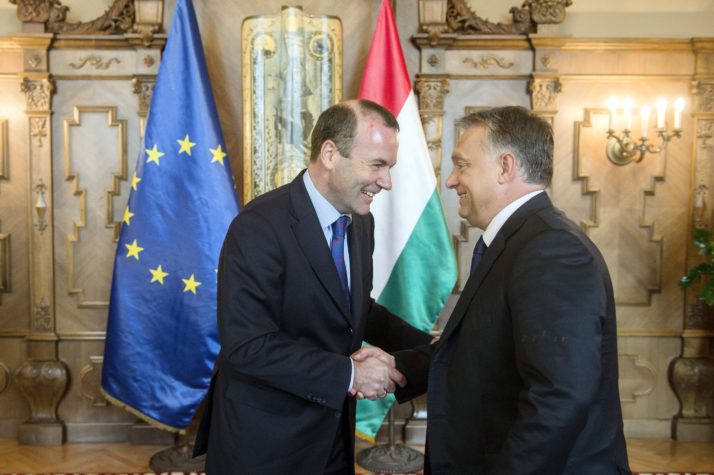 With his party deeply divided, and a clear majority forming against Orbán in the wider Parliament, Weber was forced to dump the Hungarian prime minister.

If Weber is to secure the Commission presidency, he will need the support of an absolute majority of MEPs in the Parliament that voters will elect next May.

How he handles challenges like this one will determine whether that’s possible. Orbán’s lack of popularity in the current Parliament is unmistakable. On Wednesday, the chamber voted by a margin of 448 to 197 to censure his government.

And Weber’s Orbán problem is not over: There’s a possibility the group could move to eject Fidesz from its ranks, if at least seven of the national parties making up the EPP introduce a formal motion to do so.

The MEPs who voted to condemn the Hungarian government include EPP members from countries across the EU.

After Weber voted “yes” Wednesday, his colleagues in the EPP rushed to praise him, while his political opponents pointed out the obvious flaws of his political gymnastics.

For the Swedish Moderate Anna Maria Corazza Bildt, Weber’s choice showed that “we are a value-based credible political family.”

“Weber showed courage and leadership,” said Roberta Metsola, an MEP from the Maltese Nationalist Party who was responsible for the EPP’s input into the Parliamentary report condemning Hungary. “In our political family there can be no compromise on principle.”

Liberals and Greens, whose votes Weber may need in 2019, demurred. “He’s dead in the water,” said one senior liberal. “If he can’t unite EPP or at least deal with Orbán on his own terms, can you imagine what college [of commissioners] or summit meetings will be like?”

“If you put Weber on a desert island and told him to choose between fish and fruit he would die of hunger,” the liberal said.

Green party officials said they want to reserve judgement until after the election in May 2019. 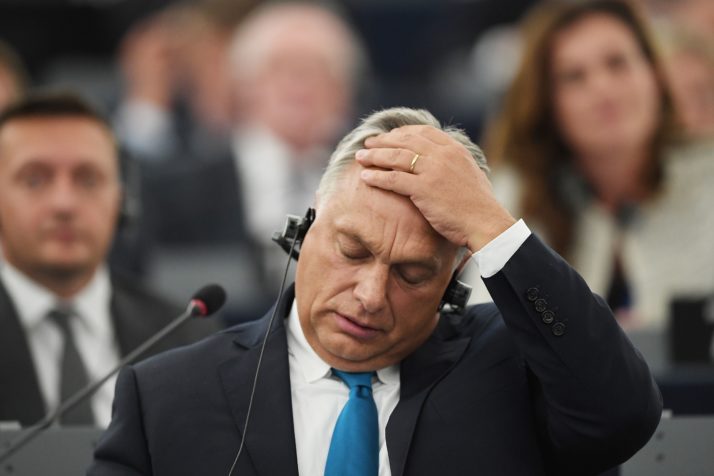 Orbán in the European Parliament | Frederick Florin/AFP via Getty Images

In the midst of the Orbán crisis, Weber had an opportunity to raise his profile with a strong response Juncker’s State of the Union speech.

Other speakers, like Socialist leader Udo Bullmann and conservative Ryszard Legutko, panned Juncker for a slipshod speech that ignored the union’s core political problems, while others like the Belgian liberal leader Guy Verhofstadt and British Euroskeptic Nigel Farage dazzled with crisp imagery and witty rhetoric.

Perhaps grateful to still be standing, Weber could muster only a request that migration become a greater priority for the EU.

He hasn’t escaped Orbán yet.