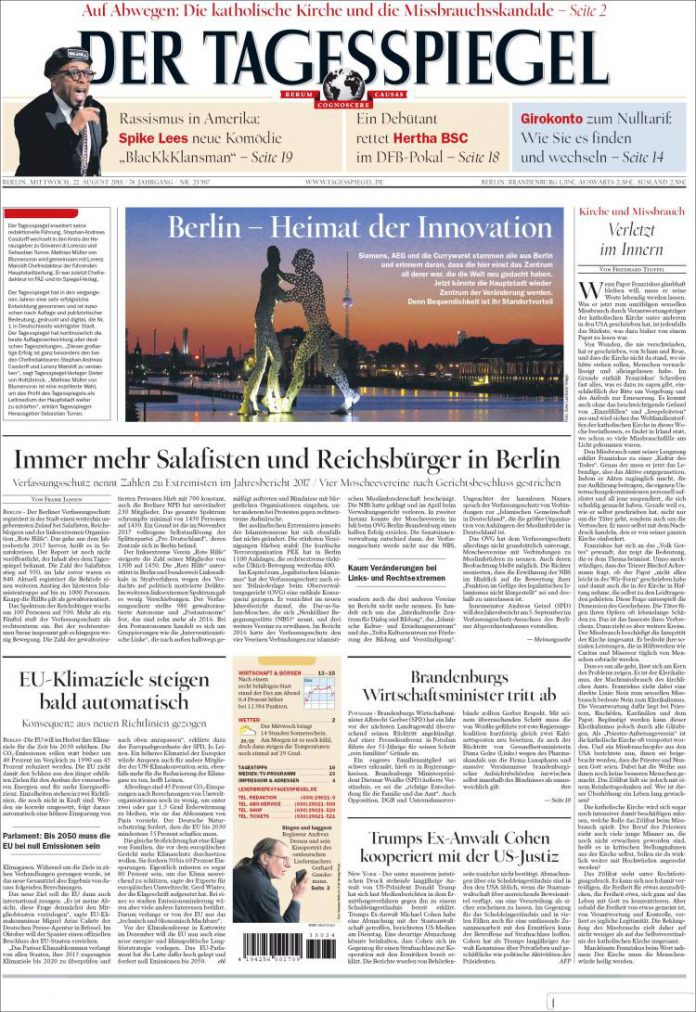 Der Tagesspiegel led with a report showing increasing numbers of Salafists — half of them “violence oriented” — in the German capital of Berlin. The paper noted that, according to a report, far-left extremists were also gaining ground, whereas the far right was steady. Frankfurter Allgemeine led with a story on the European Commission’s climate goals. Papers focused on the challenges facing Emmanuel Macron now that he has returned to Paris from his summer holiday. Les Echos led with coverage of the political implications of France’s lagging growth. Le Figaro said Macron will be looking to “maintain the rhythm” of his reforms. Le Monde, meanwhile, wrote that the president was “staying the course” after the summer’s disappointing economic data and the Benalla affair. The paper also gave front-page real estate to a Catholic church pedophilia scandal. The Guardian focused on the apology by Home Secretary Sajid Javid over the Windrush scandal. The Daily Telegraph led with a statement from John Bache, chairman of the Magistrates Association, who claimed that hiring judges with criminal records would improve diversity and “reassure” minorities. The Daily Mirror reported on Environment Secretary Michael Gove’s plan to ban the sale of puppies by pet shops, online dealers and other third-party sellers. 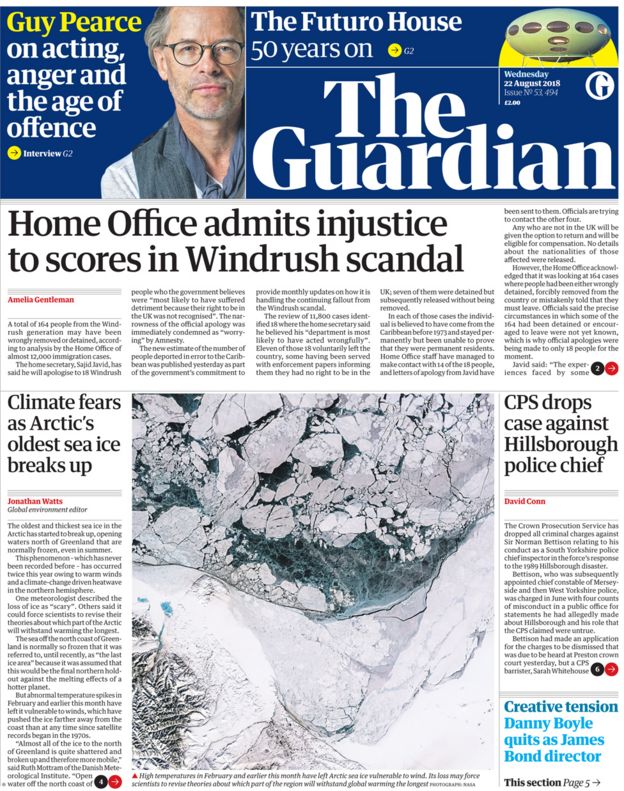 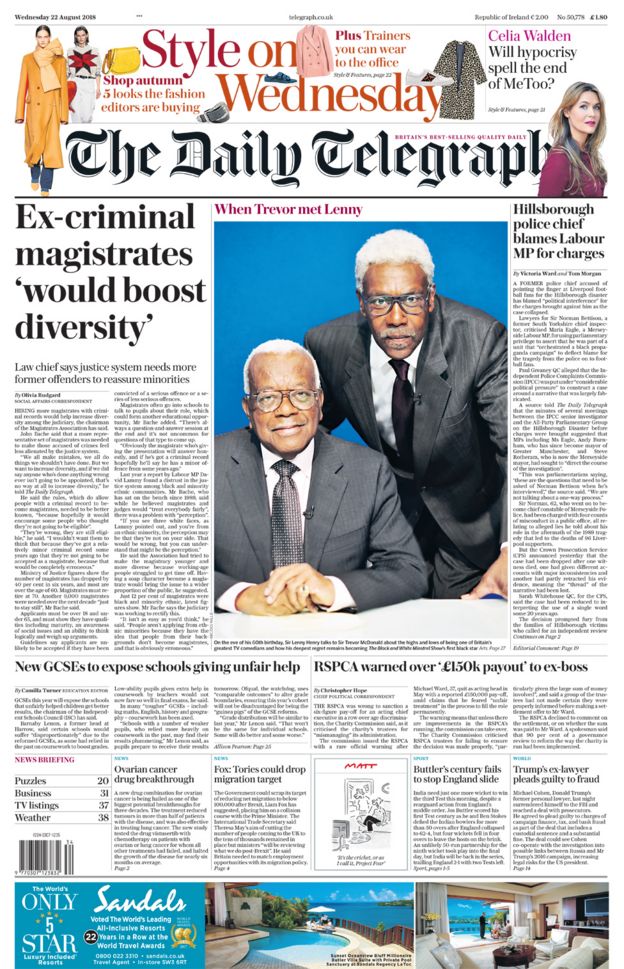 Spanish front pages were dominated with reports about Socialist Prime Minister Pedro Sánchez’s plan to remove the remains of dictator Francisco Franco from the country’s biggest fascist-era monument, the Valley of the Fallen, on the outskirts of Madrid. El Mundo wrote that the Popular Party was unsure whether it would back the move.