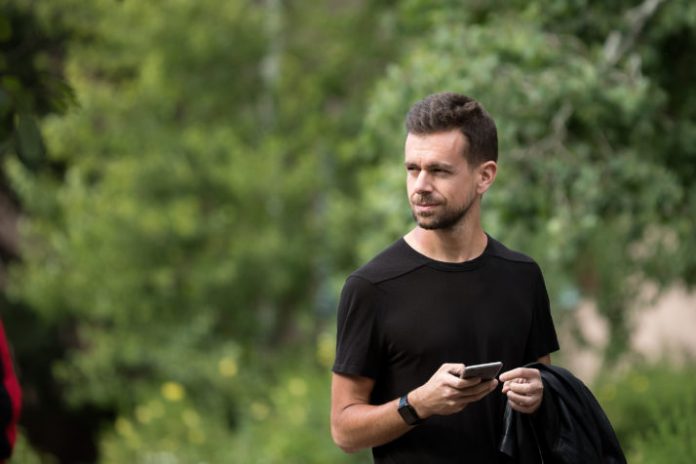 Two of Silicon Valley’s best-known executives are heading to Capitol Hill on Wednesday to try to contain the growing outrage from both the left and right over how Facebook and Twitter manage their powerful platforms — with little hope of satisfying either side.

Twitter CEO Jack Dorsey and Facebook chief operating officer Sheryl Sandberg will face the Senate Intelligence Committee in the morning to answer questions on a priority issue for Democrats: preventing a repeat of Russia’s social media manipulation of the 2016 election.

Dorsey then heads across Capitol Hill for an afternoon interrogation by House Republicans over accusations of anti-conservative bias — a complaint lately embraced by President Donald Trump, who has warned tech companies that they “better be careful.”

The accusations are untrue, Dorsey told POLITICO in an interview Tuesday.

“We want to make clear we write our policies and our rules and our enforcement guidelines with one single principle, which is impartiality,” Dorsey said. “So any allegations that we are biased toward any political ideology, affiliation or viewpoint are false.”

Just about everyone in Washington has found something to dislike about the industry.

“If we ever recognize an outcome that is not impartial, we fix it,” the CEO added.

The hearings are likely to be contentious.

With many lawmakers planning to go off-script, the executives will likely face challenges on a range of other issues. Those include questions about user privacy, their algorithms, antitrust concerns and what some members see as the industry’s troubling willingness to engage with China.

The criticisms of tech are sprawling. But taken together, they form a clear pattern: Just about everyone in Washington has found something to dislike about the industry. And the looming risk for the companies is that after years of escaping government oversight, Washington could swing in the other direction, and take steps to investigate and regulate them in ways that curb their growth and cut deeply into their bottom line.

“Companies are being asked to do things that are hard and often contradictory,” said Michael Beckerman, president of the Internet Association, which represents Facebook, Twitter and Google. “While not 100 percent perfect, the companies do a pretty good job of getting it right.”

The Senate Intelligence committee had sought to include Google at its hearing on election interference. But the panel’s leadership rejected the company’s offer of a vice president and instead publicly invited co-founder Larry Page, now the CEO of Google parent company Alphabet. A committee spokesperson said there will be an empty chair where Google would have sat.

Google and its subsidiary YouTube have so far managed to dodge much of the scrutiny over Russian election interference and privacy, leaving Facebook and Twitter to take the brunt of the criticism. But Trump has made a particular target of Google in recent days. He claimed, without evidence, that the company’s search results return disproportionately negative headlines about him — and included Google among the firms that may be in an “antitrust situation” because of their allegedly unfair treatment of conservatives.

The internet giants have few clear paths out of the political morass.

Their business models are built on the premise that they host vast amounts of information with little human involvement. While they’ve increased their patrolling to a limited extent under intense political pressure, they are nowhere near being able to track everything happening on their platforms, meaning they’ll continue to take hits over objectionable content. And when they do decide to take down a post, tweet or account that violates their terms of service, they frequently draw protests that they’re restricting freedom of speech.

Twitter, for example, has been widely criticized for allowing the proliferation of bots, but when it removed scores of such automated accounts over the course of this year, some on the right condemned the action as a “purge” of conservatives. And when Facebook in July took down a page for an anti-white-supremacy rally as part of a sweep of “bad actors” with similarities to Russia-backed accounts, it sparked complaints from some of the page’s legitimate organizers who said they were unfairly punished.

“We don’t have all the investigative tools that the government has, and we can’t always attribute attacks or identify motives” — Facebook chief operating officer Sheryl Sandberg

While Trump has in recent days made Google the focus of his bias complaints, his dependence on Twitter has helped put Dorsey at the center of the debate.

“Twitter might not have the biggest user base but it certainly has an outsized influence,” said one Republican congressional aide. “It’s the president’s platform for communications, and the national conversation hinges on Twitter.”

Conservatives see Twitter as a center of political debate and are loath to cede it to the left. Many also view the company as elitist, particularly in how it chooses to verify accounts belonging to well-known or trusted users with a blue check mark. (The term “blue check mark” has become a derogatory label in some conservative circles.)

Dorsey told POLITICO that any instances of bias are not intentional.

“We are doing a lot of work to study bias within algorithms generally, and what might cause an outcome of bias toward one party or another, or one leaning or another, whether it be conservative or more liberal. That’s an active field of research. But the intention is impartiality,” he said.

Sandberg, a Clinton administration veteran who became a national celebrity after writing her book “Lean In,” will stick to now-familiar Facebook talking points in her Senate testimony. She’ll acknowledge that the company was too slow in responding to the election threat from Russia, but argue that Facebook’s subsequent investments in thwarting foreign interference are paying off.

Like Facebook CEO Mark Zuckerberg, who testified in Congress in April, Sandberg may also be asked about the scandal over Cambridge Analytica | Drew Angerer/Getty Images

“We don’t have all the investigative tools that the government has, and we can’t always attribute attacks or identify motives,” she said inwritten testimony posted online. “But we will continue to work closely with law enforcement around the world and do everything we can to stop foreign election interference wherever it occurs on our platform.”

Like Facebook CEO Mark Zuckerberg, who testified in Congress in April, Sandberg may also be asked about the scandal over Cambridge Analytica, which has become the poster child for privacy complaints about the social network. The Trump-linked political data firm improperly obtained the records of as many as 87 million Facebook users, raising concerns about Facebook’s controls around user data.

Conservative allegations about bias and broader questions about how the companies handle content have highlighted the fact that the Google, Facebook and Twitter function largely as black boxes, their inner workings closed off from the outside world.

A Senate Democrat close to the investigation of Russian election interference said that even after recent changes by the social media companies, “there’s still a lack of transparency baked into the models” of how they operate.

Steven Overly contributed to this report.

Read this next: Oettinger: EU in ‘mortal danger’ from inside and out