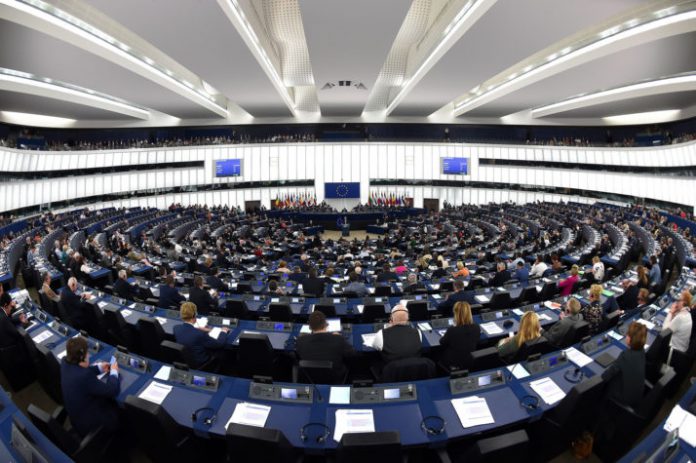 Delivering a rambling, often disjointed and disorganized State of the Union speech, European Commission President Jean-Claude Juncker at times gripped the lectern in the Parliament hemicycle in Strasbourg as if he was holding on for dear life.

Unlike the smooth, polished performances of previous years, in which he put forth a litany of policy proposals in French, German and English, Juncker tripped up in all three languages Wednesday, as he veered chaotically from claiming credit for past successes, like managing the Greek debt crisis, to pledging new action on continuing challenges, like migration.

It was neither a legacy speech, nor a forward-looking battle plan, but rather an odd, mushy stew, in which arguably the most concrete policy proposal was a plan to end the semiannual changing of clocks.

If the State of the European Union is uncertain, the state of the Commission president was clear: Having made himself a lame duck by declaring he will not seek a second term when his mandate ends next year, Juncker seemed deeply exhausted — and not just because he and his aides were awake most of the night making last-minute changes to the speech.

Juncker’s weary performance, following a NATO leaders’ dinner last summer at which he stumbled up the stairs and appeared to be unable to walk without assistance (aides said he was suffering from a flare-up of sciatica), suggested that the EU’s old lion is ready to be retired. Or at least, ready for a break — a point he made during the speech with a flash of humor, when he thanked the audience for applauding a line about the importance of the free press.

Though weary and unsteady, Juncker also displayed the political skills he has honed over those decades.

Taking a sip from the water glass in front him, Juncker quipped: “Thank you for your applause, as it gives me an opportunity to drink.” The audience laughed a bit too loud.

On some levels, Juncker has a right to be tired. For four years as Commission president, and eight years before that as head of the Eurogroup, he has carried the weight of Europe on his slightly hunched shoulders. Aides have long struggled to keep the toll of stress and poor health from showing. But on Wednesday, it was unmistakable.

Juncker careened from taking credit for Europe’s record-high employment numbers and Greece’s financial recovery — “I have always fought for Greece, its dignity, its role in Europe, and its place inside the euro area; of this I am proud” — to proclaiming a need for EU to show solidarity in the western Balkans and to take a stand against the humanitarian crisis in Syria. He called for greater military and defense cooperation, and proposed a vast increase in the size of the EU’s border protection and coast guard forces — with 10,000 additional guards by 2020.

“Clock-changing must stop,” Juncker said in declaring that the EU would no longer mandate the one-hour switch in fall and spring. “We are out of time.” 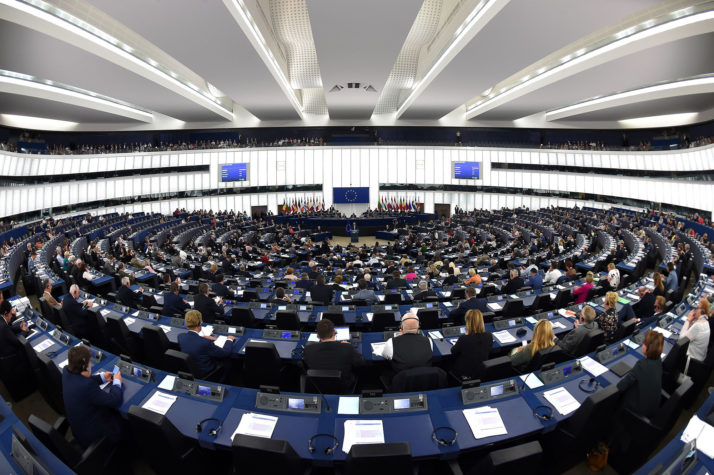 Members of the European Parliament listen as Commission President Jean-Claude Juncker delivers the State of the Union speech on September 12, 2018 in Strasbourg | Frederick Florin/AFP via Getty Images

It was a remarkable triple entendre: out of the business of telling countries how to tell time; out of time for completing his Commission’s legislative agenda; and at the end of an extraordinary political career. Having served not quite 20 years as prime minister of Luxembourg, Juncker holds the record as the longest-serving head of government in the history of the European Council.

Though weary and unsteady, Juncker also displayed the political skills he has honed over those decades. Call it crafty or cowardly, he made his points without stirring controversy, or setting off any new diplomatic row.

He decried the continuing divisions between east and west but did not single out Hungarian Prime Minister Viktor Orbán by name and thereby avoided exacerbating an already bitter fight in Parliament. “It is time we put an end to the sorry spectacle of a divided Europe,” he said. “Our Continent and those who brought an end to the Cold War deserve better.”

He lamented the rise of “unhealthy nationalism” without naming and shaming leaders like Italy’s Matteo Salvini who have exploited nativism for electoral gain. “We should never forget that the patriotism of the 21st century is two-fold: both European and national, with one not excluding the other,” he said.

In weaving his lofty argument in favor of Europe,  Juncker recycled old material, including a reference to the French philosopher Blaise Pascal he has rolled out repeatedly over the years. “I like things that go together,” Juncker said. “To love Europe is it love its nations. To love your nation is to love Europe. Patriotism is a virtue. Unchecked nationalism is riddled with both poison and deceit.”

The address was rambling, yes, but it was also clearly valedictory.

Like his speech, Juncker’s policy proposals seemed to require a winding road, one that he envisions will lead to the historic Romanian city of Sibiu, where EU leaders plan to hold an extraordinary Europe Day summit next May, following the expected departure of the U.K. in March 2019.

On Brexit, the subject that will likely define — and stain — his legacy, Juncker walked a tightrope. He torpedoed a central element of U.K. Prime Minister Theresa May’s negotiating position, saying, “Someone who leaves the Union cannot be in the same privileged position as a member state. If you leave the Union, you are of course no longer part of our single market, and certainly not only in the parts of it you choose.”

But he also praised May’s proposal, saying it could form the basis for a new relationship. “The United Kingdom will never be an ordinary third country for us,” he said.

Juncker also expressed some exasperation over the tendency of national leaders to take credit for all that is good in Europe, while blaming Brussels for all that is bad — clearly a changed perspective from his days as a prime minister.

“I cannot accept that the blame for every failure — and there have been a few — is laid solely at the Commission’s door,” he said. “There are scapegoats to be found in all three institutions — with the fewest in the Commission and Parliament.”

The address was rambling, yes, but it was also clearly valedictory.

“A few years ago, standing in this very same spot, I told you that Europe was the love of my life,” he said, offering the first of what will undoubtedly be many goodbyes. “I love Europe still and shall do so forever.”