Home Politics Redrawing Balkan borders would be a fatal mistake 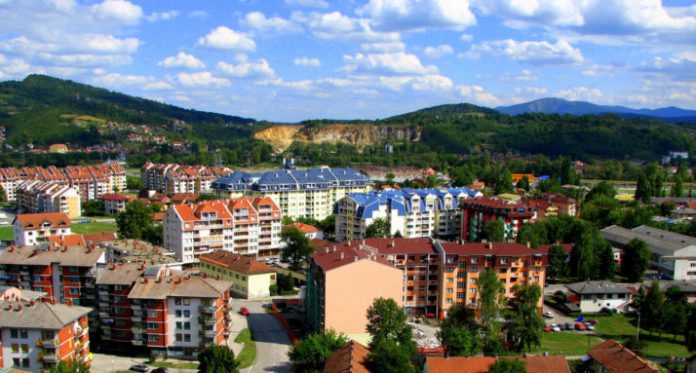 On a stage with the presidents of Kosovo and Serbia at the weekend, I appealed directly to both of them not to make a fatal mistake and destabilize the whole Balkan region.

I spoke not just as a policy analyst but in personal terms as a citizen of the Balkans, telling the story of how my birthplace in Bosnia and Herzegovina was destroyed by war but reborn as a multiethnic community once again.

I also called on the European Union, represented on stage by a European commissioner and the presidents of two EU countries, to make clear that it would not welcome any such move.

Sadly, I fear my appeal has so far fallen on deaf ears.

Today’s Doboj would not exist if the nationalists who wanted to use war to carve out mono-ethnic states had triumphed.

In their remarks at the European Forum Alpbach, Vučić and Thaçi made clear they are ready to discuss borders in an effort to reach a permanent peace settlement. The EU representatives said they would not discourage them.

This risks giving new life to the dangerous idea that fueled a decade of war in the 1990s: the notion that people are only ever safe among their own ethnic group.

If this idea regains credibility, and once again becomes a feasible political program for nationalists across the region, it would have the gravest consequences for the Balkans as a whole. If the leaders of Kosovo and Serbia change boundaries to make their countries less multiethnic, what is to stop other leaders deciding to do the same? That will lead to fear, tensions and aggression — and fanatics may once again decide to resort to violence. This has all happened before.

In telling the story of my birthplace, I wanted to convey one thing above all — that the city’s revival was possible only because the international community sent a clear message at the end of the Bosnian war: no more changes of borders along ethnic lines.

My family was lucky because we all survived. But I remember very vividly when we visited Doboj for the first time after the war, in February 1996. It was city of horror: Bosniaks and Croats had been expelled, minarets and mosques had been destroyed and many houses were damaged. We did not even dare to say our Muslim Bosniak names out loud on the streets.

For months and years after the war, I had nightmares about Doboj.

Since then, Bosnia and Herzegovina has changed dramatically. The number of foreign soldiers keeping the peace has gone from 60,000 in 1996 to just under 1,000 today. Since 2006, there has been a joint army and conscription has been abolished. I am part of generation of young Bosnians and Herzegovinians that has never been forced to use a gun.

But, as I told the leaders on Saturday, today I am genuinely worried.

I am too young to remember the years before the war but I now know a lot about that period. Many Yugoslav intellectuals and politicians talked a great deal about borders, injustice and ethnic rights. They were all making a simple but destructive argument: You are only safe if, when and where your own ethnic group is in control. 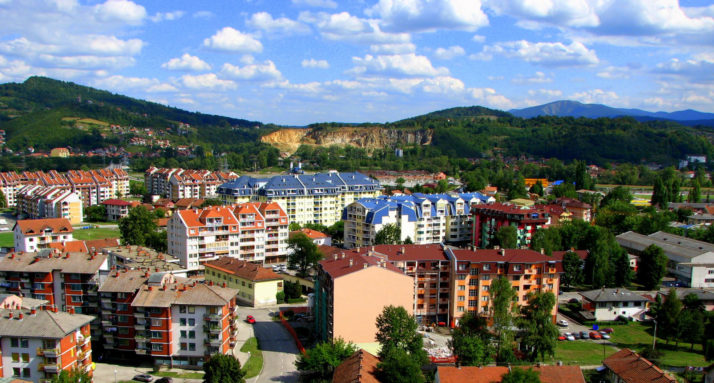 Some ideas seem innocent at first, but they can become monstrous. This idea destroyed Yugoslavia and it destroyed Doboj. It destroyed families, it led to mass expulsions and to genocide in Srebrenica. It turned borders into front lines and created new borders drawn in blood.

But ideas can be defeated. Doboj proves that.

Today the town lies in Republika Srpska, one of the two main regions of Bosnia and Herzegovina, formally known as “entities.” The region’s name implies a Serb ethnic character and around 1 million Serbs live there. But they live alongside 230,000 people from other ethnic groups.

In Doboj, half of the pre-war non-Serb population has returned — almost 20,000 of them. Mosques have been rebuilt, calls for prayer can be heard from minarets, Catholic and Muslim holidays are celebrated.

The Doboj of my nightmares is today an ordinary city, where Bosniaks and Croats do not fear their Serb mayor. They vote for him, repeatedly — even when a Bosniak candidate ran for office in 2012. And together with their Serb neighbors, they face common challenges: poor health and educational services, too few jobs to compete for.

Today’s Doboj would not exist if the nationalists who wanted to use war to carve out mono-ethnic states had triumphed.

Many share my view. Young people from across the Balkans who were in the audience for Saturday’s discussion gave my remarks an enthusiastic welcome. EU ambassadors and senior diplomats from around the region sent encouraging emails.

There are minorities throughout the region who rely on the commitment that they do not have to be in a majority to have a good future.

Yet the leaders of Kosovo and Serbia tried to convince us all that the idea that tore Yugoslavia apart and pushed the Western Balkans to Europe’s margins would now help bring two countries and the region closer to the EU.

I told them that, on the contrary, the rebirth of this idea would put the progress of the last two decades at risk.

The task for our generation is not to negotiate over borders but to make them irrelevant — to turn Balkan borders into European borders, like those between Tyrol and South Tyrol or between Germany and Poland.

In order to do that, we have much work ahead: to build institutions based on rule of law, to strengthen our democracies, to foster freedom of media and much more. Those are the challenges political leaders should focus on, not carving up territory on a map.

Several members of the panel on Saturday spoke of the discussion as “historic.” I am far too young and hopeful to see myself as a Cassandra so I hope they are wrong. Because if the ideas aired in Austria become reality, that discussion will be remembered for the wrong reasons. It will go down in history as a tragic turn toward avoidable instability.

Adnan Ćerimagić is an analyst at the European Stability Initiative think tank, based in Berlin.

Read this next: Orbán and Salvini, the master and pupil of EU populism