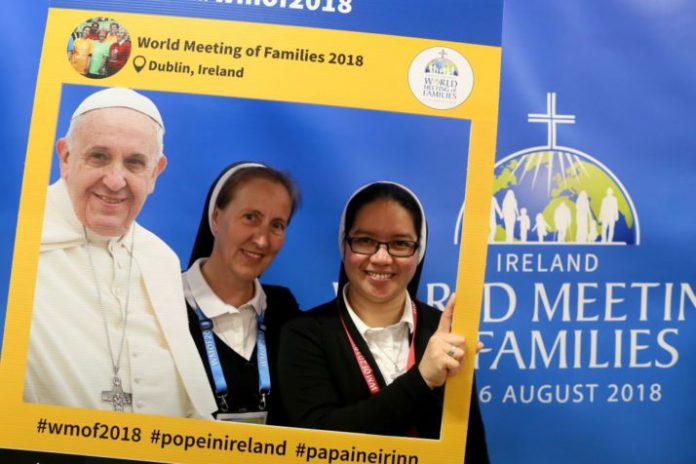 DUBLIN — When Pope John Paul II touched down in a shamrock-emblazoned Aer Lingus Boeing 747 in September 1979, he was treated like a star.

That same year, thousands of elated fans famously rocked to Led Zeppelin at the Knebworth Festival in Hertfordshire, England, and Cher embarked on her first solo tour in Atlantic City and Las Vegas. But in Ireland, the pope’s popularity eclipsed both.

Ireland’s president and members of the government lined up to extend a national welcome, and more than 1 million people came to hear him say mass in Dublin’s sprawling Phoenix Park. The news coverage of his two-day stopover was praise-filled, even obsequious. Journalists sang “For he’s a jolly good fellow” in his honor at an official press briefing.

This was Catholic Ireland, after all. A nation in which divorce, contraception and homosexuality were all illegal. England could keep its debauched rock, America was welcome to its risqué pop — Ireland had the pope.

But this weekend, when Pope Francis arrives in Ireland, marking the first papal visit in almost 40 years, he is unlikely to get as warm a reception. For members of the previous generation, the trip will seem like an anachronistic bookend.

The fawning Ireland of 1979 is no more. Pope Francis will have to contend with protests.

Economist David McWilliams has called my cohort “The Pope’s Children.” We are those Irish people born around the time of John Paul II’s 1979 jaunt. McWilliams predicted we would transform 21st-century Irish cultural, political and economic life. And it seems to have come true: Many of us have helped usher in a more socially liberal country, and seen it transform from monocultural to multicultural. We voted overwhelmingly in favor of same-sex marriage and to repeal a constitutional abortion ban. Our prime minister — a member of this generation too — is our first openly gay leader.

When the bishop of Rome lands in Dublin Saturday, he will arrive in a deeply changed country.

In our lifetimes, revelations surfaced of decades-long sexual, physical and emotional abuse carried out by the clergy. The outcomes of three government-initiated investigations detailed systemic, institutional abuse that was intentionally covered up by the Irish Catholic hierarchy. The depth of the victims’ suffering is nearly impossible to imagine. Children were beaten, sexually abused, humiliated; women were thrown into so-called Magdalene Laundries — Dickensian institutions for the unmarried who became pregnant or were seen as promiscuous. All the while, the Irish state — once almost indistinguishable from the church itself — turned a blind eye.

But the fawning Ireland of 1979 is no more. Pope Francis will have to contend with protests, such as the one organized by abuse survivor and Amnesty Ireland executive Colm O’Gorman. Former President Mary McAleese has called the Catholic event a “right-wing rally,” and Ireland’s paper of record, the Irish Times, is running articles with titles such as “Can’t pope, won’t pope? Seven ways to avoid the papal visit.” 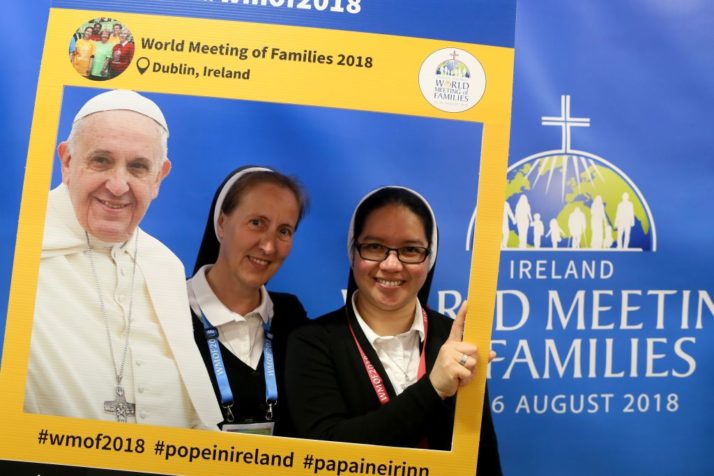 So what does a changed Ireland expect from this visit? At the very least that the pope gives survivors of abuse what they say they need. He would do well to individually apologize to the victims of abuse and to release the so-called secret files relating to cases dating as far back as 1962 — when the Vatican told Catholic bishops all over the world to cover up abuse cases under threat of excommunication.

While the Vatican has confirmed that the pontiff will meet with some abuse survivors, the pope has also emphasized that the official reason for his visit is a religious festival that celebrates the family. The move seems like an afterthought at best.

And yet, it probably doesn’t matter. It’s all likely to be too little, too late. For many, the hurt is too deep. After all, how can a two-day PR-heavy visit make up for clerical abuse that Ireland’s Commission to Inquire into Child Abuse called “endemic”? Abuse that occurred in 250 Catholic-run institutions, and which was covered up by church officials?

More than anything, for the pope’s children, the papal visit is a stark reminder of how far we have come and how much work still needs to be done. A new generation in 40 years’ time may look back on this visit as the death knell of church influence in Ireland.

Richard Conway is a journalist and editor based in Dublin and New York.

Read this next: Bunga bunga Britain