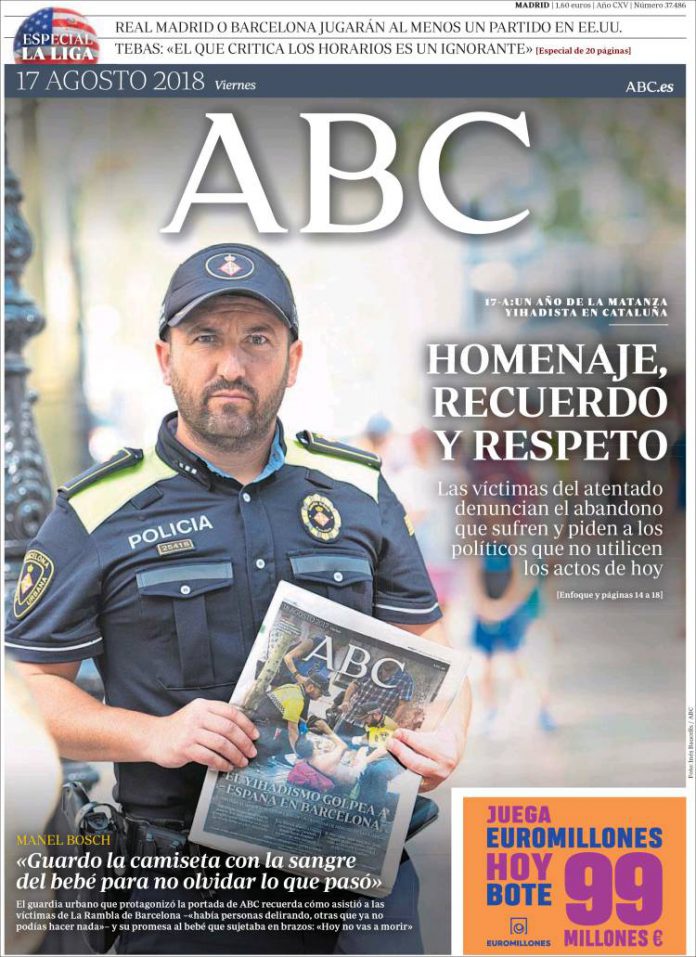 Spanish papers led with tributes to the victims of the 2017 terror attacks, when Younes Abouyaaqoub drove into pedestrians on Barcelona’s busy La Rambla, killing 13 people and wounding over a hundred, before escaping and killing another person. Later, five men thought to be members of the same terror cell ploughed into pedestrians in Cambrils, killing one person and injuring six. ABC featured a striking image of a police officer holding the front page of the same paper from a year ago, in which he is pictured helping the wounded, with a quote: “I keep the shirt with the baby’s blood so I do not forget what happened.” Several British front pages carried tributes to Aretha Franklin, the “Queen of Soul,” who died on Thursday. The Daily Telegraph’s other top story was about the increasing number of GPs who work part time. The Guardian carried comments made by ex-CIA chief John Brennan, whose security clearance Donald Trump revoked earlier this week, slamming the U.S. president. 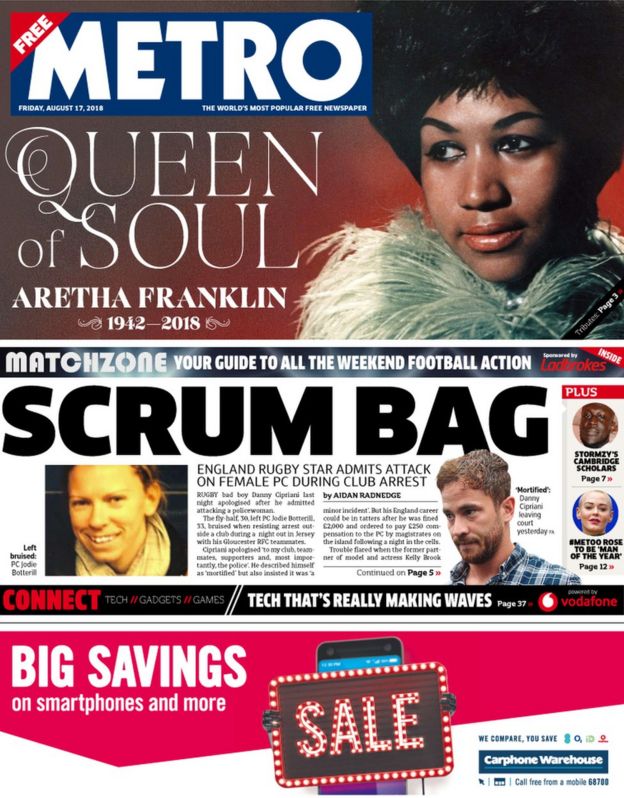 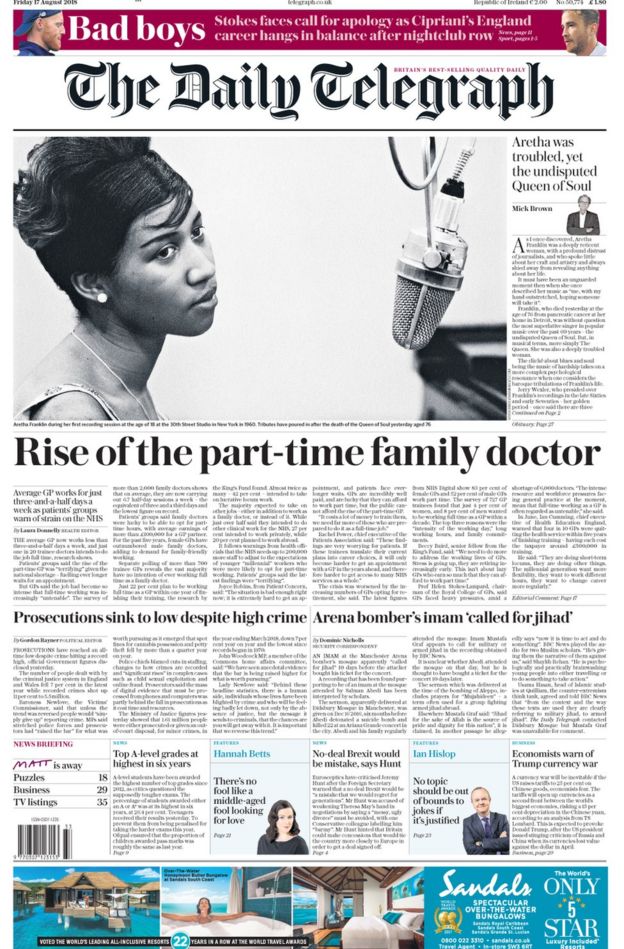 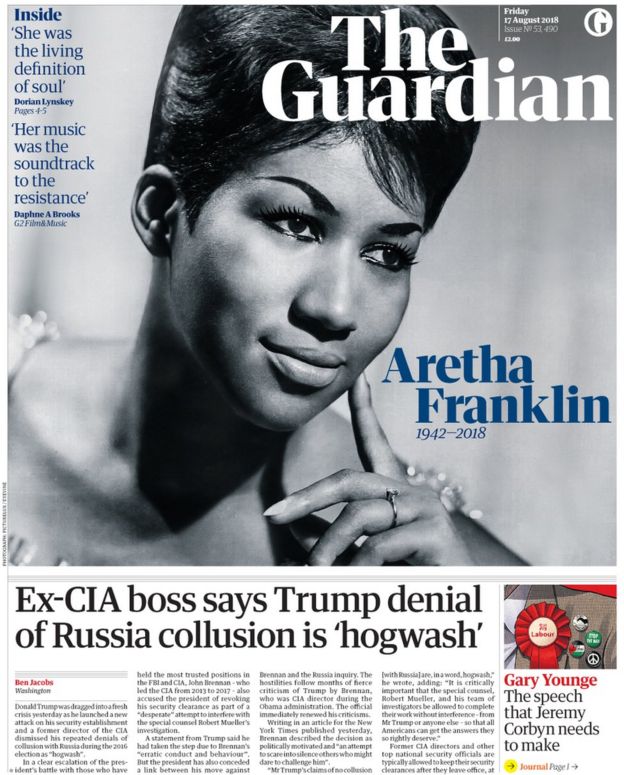 Frankfurter Allgemeine Zeitung and Tagesspiegel led with the death of Aretha Franklin. FAZ kept it simple, with the headline: “Respect.” Die Tageszeitung focused on the editorials run by hundreds of American newspapers opposing Donald Trump’s press-bashing. The paper asked whether the U.S. president is a threat to journalism. Le Figaro opened with the death of Aretha Franklin, calling her the “voice of soul,” and also reported on advances in gene technology. Le Monde led with a report about the trouble facing Italy’s 5Star Movement after the Genoa bridge collapse. The populists opposed a project that would have bypassed the viaduct.