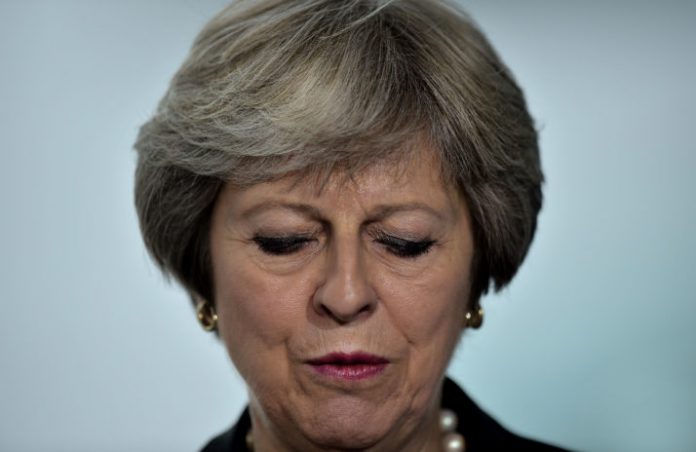 The EU’s chief negotiator, Michel Barnier, declared a new willingness Tuesday to rethink the “backstop” provision that Brussels and Dublin insist is needed to prevent the recreation of a hard border between Ireland and Northern Ireland.

Barnier was speaking to journalists following a meeting with EU ministers in the EU’s General Affairs Council in Brussels, in which he briefed them on the state of play in the Brexit talks.

He said the EU’s backstop “insurance policy” has been on the table since February. But in a notable softening in tone, Barnier added: “We are ready to improve this proposal. Work in the EU is ongoing. We are clarifying which goods arriving in Northern Ireland from the rest of the U.K. would need to be checked, where, when and by whom these checks would be performed.”

Disagreement over the EU’s backstop provisions is the biggest obstacle to completion of a withdrawal treaty that would provide for the U.K.’s orderly departure from the bloc in March. U.K. Prime Minister Theresa May agreed in principle to the idea of a backstop last December, but subsequently rejected the EU’s version as a threat to the “constitutional integrity” of her country that no prime minister could accept. EU leaders have countered that a “legally operational” backstop is essential or no accord can be reached.

While Barnier’s comments were clearly intended to reassure London and ease tensions, they do not necessarily indicate a fundamental shift in the EU position on the backstop, which is that Northern Ireland, in the strictest legal sense, must remain obligated to EU customs rules and other regulatory requirements even as the U.K. might adopt its own post-Brexit regimes. That position would not shift until it is superseded by a future free trade agreement or other deal between the EU and U.K.

Barnier reiterated his longstanding insistence that the U.K. needs to reduce the tension around the backstop plan.

Until now, the EU has expressed deep skepticism that any proposal could work other than its version of the backstop, which effectively means keeping all of Northern Ireland within the EU customs territory while excluding the rest of the U.K.

But in the meeting with ministers on Tuesday evening, Barnier for the first time described how a more nuanced approach might work and why the U.K. should not feel threatened. He explained that of four types of inspections of goods — sanitary, customs, tax and regulatory — only the sanitary controls, essentially those applying to livestock, would need to be done at the border between Northern Ireland and Ireland, according to an EU diplomat.

The other checks could be carried out on ferries, on the premises of business, using barcodes and scanning technology, Barnier told the ministers. The infrastructure for these checks is already in place, the negotiator said, but currently only 10 percent of sanitary goods are checked — a figure that will have to increase to 100 percent, according to the diplomat.

At the news conference, Barnier reiterated his longstanding insistence that the U.K. needs to reduce the tension around the backstop plan. “We need to de-dramatize the checks that are needed,” Barnier said, adding that the additional inspections would be the result of the U.K.’s own insistence on leaving the EU’s customs union and single market.

But he also voiced clear sympathy for May’s sensitivities and concerns, saying the EU27 were insisting on “a legally operational backstop which fully respects the territorial integrity of the U.K.” The backstop, he noted, “would only apply unless and until a better arrangement is found as part of the future relationship.”

Another issue for discussion was whether to arrange a special summit of EU leaders in November to finalize a Brexit divorce deal. In the meeting, some ministers expressed opposition to the idea, arguing that it would take the pressure off the U.K. to come to final terms on the withdrawal agreement by the October European Council summit, as had long been planned.

Barnier also described for ministers his expectation in terms of how negotiations would proceed on a political declaration that will accompany the withdrawal treaty and will describe the framework of the future relationship between the EU and U.K. Barnier said specific proposals would only be developed by the EU negotiating team after the British political party congresses — essentially making sure that Brussels would give no additional ammunition to hardline Brexiteers and other critics of May’s approach to the negotiations.

Before his session with ministers at the European Council, Barnier met with Irish Foreign Minister Simon Coveney, who told reporters afterward that he was concerned about any easing of pressure to complete the withdrawal agreement. Coveney also repeated Dublin’s demand that the backstop must be ironclad in safeguarding the provisions of the Good Friday peace agreement that prohibit any hard border on the island of Ireland.

Read this next: Trump: Juncker is a ‘tough, tough cookie’ who crumbled