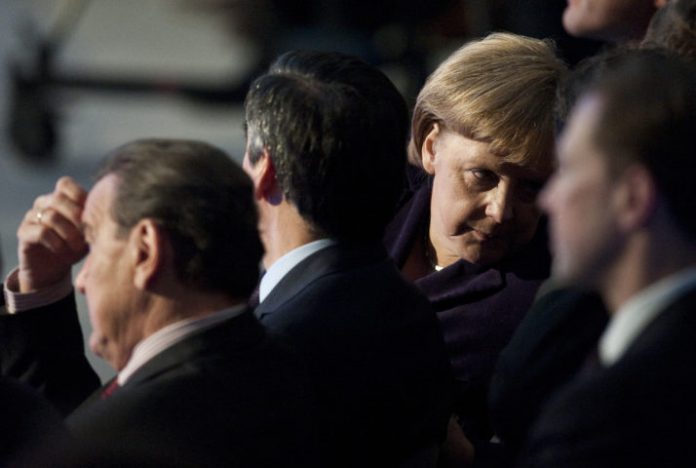 When German Chancellor Angela Merkel meets Russian President Vladimir Putin this Saturday, she should scrap the Nord Stream 2 pipeline. It would be an act on the right side of history.

That decision would be a choice to make German friends in the U.S. Congress, end notions of German appeasement of Russia and function as a reassertion of the chancellor’s stature in Europe.

The Russia-to-Germany pipeline running under the Baltic Sea is due to go online by 2019. If it opens, it will double the existing Nord Stream 1 pipeline’s capacity of 55 billion cubic meters of gas a year, and bypass existing pipelines running across Poland and Ukraine. Central Europe and the Baltic states oppose the project as a strategic Kremlin threat to the security of their energy supply.

Even leading members of Merkel’s conservative bloc agree. Manfred Weber, head of the center-right European People’s Party group in the European Parliament, and Norbert Röttgen, chairman of the Bundestag’s foreign affairs committee, have written (together with politicians from other parties) that the German government “must show its colors. European energy supply and solidarity with our neighbors speak against Nord Stream 2.”

Günther Oettinger, while EU energy commissioner from 2010 to 2014, called Russian energy policy “Putin’s new Red Army,’’ accusing Merkel of increasing Europe’s and Germany’s dependency on Gazprom. (Russia accounts for between 50 percent and 75 percent of Germany’s natural gas supply). Two years ago, a chancellery official told me flatly that Nord Stream 2, then fancifully described by Merkel as a purely commercial operation, was a mistake. 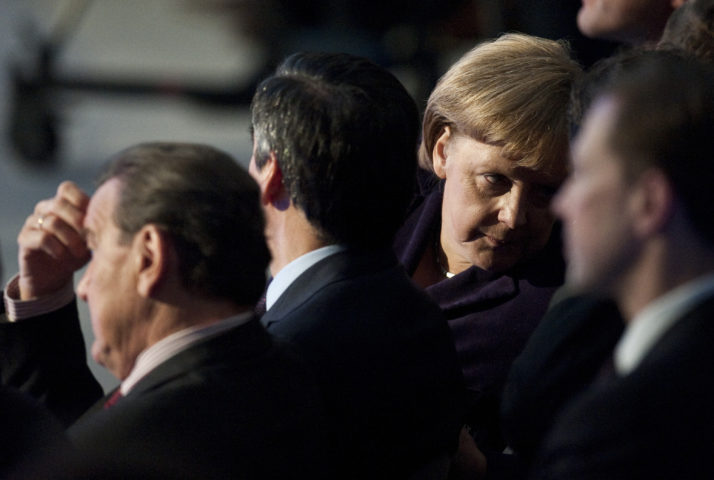 German Chancellor Angela Merkel confers with an unidentified guest as she attends an inaugural ceremony for the first of Nord Stream’s twin 1,224 kilometre gas pipeline through the Baltic Sea in 2011 | John McDougall/AFP via Getty Images

But the political truth is that the Gazprom pipeline is abetted by Germany, not inadvertently cementing its role as Nord Stream’s distribution hub.

The pipeline is a different irritant for the United States. President Donald Trump last year signed the Countering Adversarial Nations Through Sanctions Act, a law passed with near unanimous Republican backing that called the pipeline a geostrategic weapon targeting America’s allies and friends in Europe. It allows U.S. measures aimed at stopping its construction. Sanctions could be levied against companies working directly on the pipeline, which comes ashore at the Baltic Sea town of Lubmin, neighboring Merkel’s own electoral district.

Regardless, Trump has done nothing in the year since to put the law into action, and Germany says the danger of U.S. action is receding.

“We have received assurances that gas pipeline projects will be excluded from sanctions,’’ a German government spokeswoman told reporters in June. There was no word on when or from whom the American promise came.

Merkel’s current defense of Nord Stream 2 neither protects her constituents from Trump’s erratic swings nor relieves her nervous NATO allies from Putin’s extension of his energy grasp.

Trump’s reluctance to move against Nord Stream 2 was made clearer in July, when he met Putin in one-on-one talks in Helsinki.

Both presidents made statements pointing to Trump’s readiness to accept Nord Stream 2 as a fait accompli and Putin proposing to divvy up the European natural gas market between his product and liquefied natural gas exported from the United States. Here were two business friends seemingly setting up a duopoly, with the Russian share obviously more equal than America’s.

Talking of U.S. LNG exports, transported to Europe by tanker at non-competitive prices, the U.S. president said, “We’ll have to be competing with the pipeline’’ and offered Putin what he called the “compliment’’ of being “a good competitor.” Putin replied, “We can work together on regulation of the international market because neither of us is interested in plummeting the prices.”

Incautiously, the Merkel government could only have cheered.

But Trump’s Helsinki performance — where he was accused of being servile to the former KGB operative — and his refusal to acknowledge as correct his intelligence agencies’ findings on continuing Russian meddling in the American electoral process, deeply unsettled both Republicans and Democrats in Congress. Senator John Barrasso, a Republican from Wyoming, has declared, “We want to roll back Russia’s energy invasion of Europe.”

So what now for the fickle Trump, obviously focused more on selling U.S. gas than confronting the pipeline as the cause of Europe’s vulnerability in its energy supply? Holding Russia responsible for poisonings in Britain and seeing a poll that says 71 percent of Americans label Russia more of a threat than Iran, the president may very well want to look tougher on Moscow before congressional elections in November. 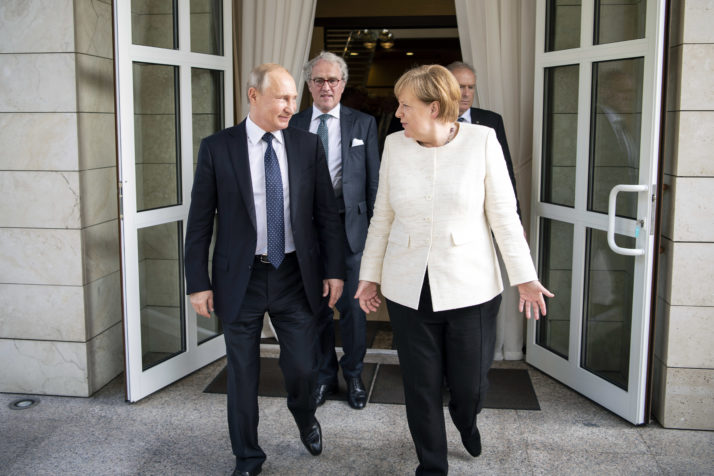 In fact, proposed new sanctions in Congress talk specifically of hitting the Russian energy sector. This was enough to get the Ost Ausschuss, the council which represents German big business in its embrace of Russia, to moan about U.S “extraterritorial” Nord Stream 2 sanctions that would attack “our democratic right of sovereignty.”

Once again, Merkel seems to have outsmarted herself. Her current defense of Nord Stream 2 neither protects her constituents from Trump’s erratic swings nor relieves her nervous NATO allies to the east and north from Putin’s extension of his energy grasp.

If Merkel really were capable of leading in an era in which, as she says, European decision-making cannot fully rely on America, she would kill Nord Stream 2 at the summit with Putin.

John Vinocur was executive editor and vice president of the International Herald Tribune.