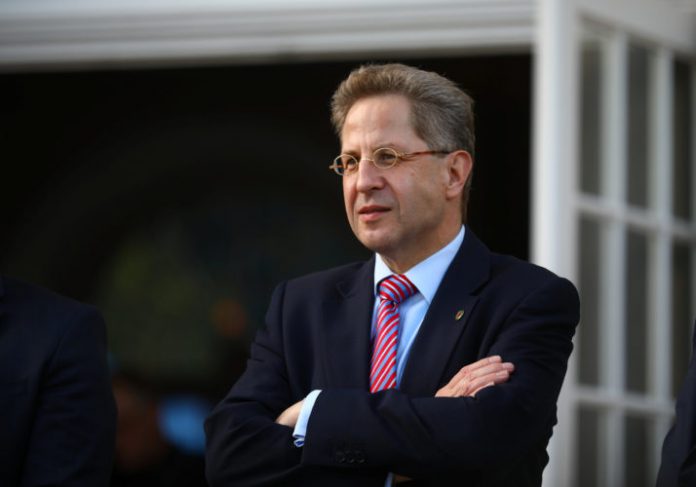 Angela Merkel said she understood the “outrage” that led people to demonstrate in the eastern German city of Chemnitz but insisted there was no “excuse or explanation” for Nazi slogans and attacks on people who “look different.”

“We won’t accept that, surreptitiously, entire groups — Jews, Muslims — be excluded from society,” the German Chancellor told the Bundestag on Wednesday, responding to accusations from the far-right Alternative for Germany (AfD) that the government was endangering the country’s security in failing to address concerns over its migration policy. “They belong to our society, just like Christians and atheists.”

“I can understand anyone who is outraged when it emerges after a crime that the perpetrator has a criminal record or is under legal obligation to leave the country,” Merkel said, addressing the political fallout following violent far-right demonstrations in Chemnitz prompted by the fatal stabbing of a German allegedly by two immigrants.

She added that the incident had “affected her” and that the perpetrators would be punished according to the law. But, she insisted, there was no excuse for “inhuman” demonstrations. “We are resolutely against this.”

Also speaking in parliament, AfD leader Alexander Gauland claimed “there was no man hunt in Chemnitz,” and said allegations his party cooperated with the extreme right groups behind the violent protests were “an attempt to criminalize the opposition” and establish a “people’s front against the AfD.”

Speaking in parliament on Wednesday, Gauland said his party had “no problem” with potential monitoring of its activities by the security agency and had “nothing to hide.”

Although some behavior by protestors — some of whom made banned Nazi salutes — was “unappetizing,” the riots were no different from rowdy gatherings at football games, Gauland said.

Former European Parliament President Martin Schulz attacked Gauland for his stance, saying he belonged “on top of a dunghill of history.” Responding to the far-right leader, Schulz argued the Hitler salute was a “criminal act” and that it was “time for democracy to stand up against those people.” Several MPs stood and applauded.

The debate in parliament, which also focused on the national budget and immigration, comes as Germany’s head of domestic security, Hans-Georg Maaßen, faces grilling by the government’s Committee for Interior Affairs over his controversial comments regarding the protests.

The security chief under growing pressure to provide evidence for his claim that a video allegedly showing protesters targeting foreigners could be part of a “misinformation” campaign by the media and that there was “no reliable information” to support allegations people had “hunted down” foreigners. His comments drew sharp rebukes from politicians across the board, including calls for his resignation. 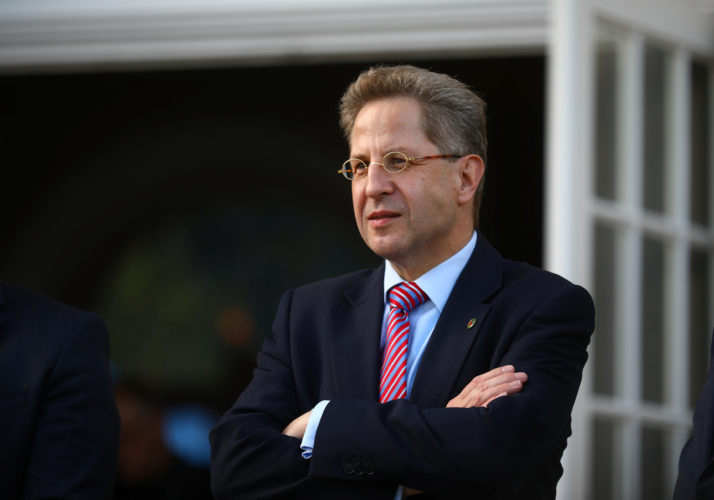 The security chief is also under fire for allegedly holding secret meetings with AfD members to advise them on how to avoid monitoring by Germany’s domestic security agency. Maaßen has admitted meetings took place, but denies giving the party any form of advice.

Speaking in parliament on Wednesday, Gauland said his party had “no problem” with potential monitoring of its activities by the security agency and had “nothing to hide.”

At one point, AfD deputies left the parliament in protest against comments made by Social Democrat Johannes Kahrs, who thanked Schulz for his intervention and said: “Right-wing radicals in parliament are unappetizing. Hate makes you ugly. Look in the mirror.” They returned at the end of his speech.

This article has been updated.

Read this next: Juncker: UK can’t ‘choose’ what it is part of after Brexit