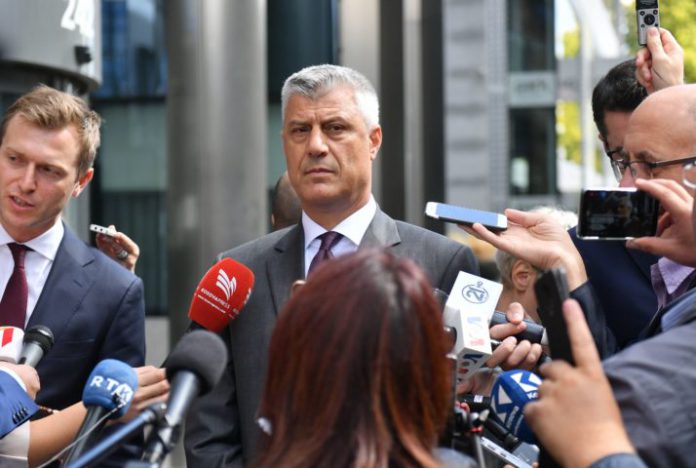 Serbian President Aleksandar Vučić refused to meet his counterpart from Kosovo, Hashim Thaçi on Friday for talks hosted by the European Union, underscoring the difficulties the former wartime foes still face in agreeing on a permanent peace settlement.

Serbian officials made a range of complaints against Kosovo’s authorities in justifying Vučić’s decision to meet only with EU foreign policy chief Federica Mogherini and not Thaçi at the talks in Brussels. Among their protests, they accused Kosovo officials of vetoing part of a trip Vučić has been planning to make to Kosovo at the weekend.

Thaçi said he was not aware that any parts of Vučić’s visit had been blocked and the Serbian leader’s trip would go ahead “following the itinerary that he has requested.”

The setback came just two weeks after the presidents declared at a conference in Austria their commitment to reaching a comprehensive deal to settle all issues left unresolved from the 1998-1999 war that ended Serb control of Kosovo.

At that event, Vučić and Thaçi also floated the idea of border changes, raising the prospect of a land swap along ethnic lines. The suggestion sparked a fierce reaction in the Balkans and beyond, with critics voicing fears that it would fuel violent campaigns for border changes elsewhere in the volatile region. It also opened up a split within the EU, with some governments and officials open to exploring the proposal as a way to finally settle decades of conflict.

Serbia continues to regard Kosovo, whose population is mainly ethnic Albanian, as a rebel province and Belgrade’s ally Russia has blocked the country’s path to U.N. membership. Both countries aspire to join the EU but Brussels has made clear they must resolve all bilateral disputes before that can happen.

Suggestions the two sides would make swift progress toward a final deal at Friday’s meeting were soon shown to be wide of the mark. Mogherini held several rounds of talks with both leaders but Vučić would not meet face to face with Thaçi.

“Difficulties remain,” Mogherini acknowledged in a brief statement after the talks. “I trust the full commitment of both presidents to continue the process and reach in the coming months a legally binding agreement on comprehensive normalization of relations, in line with international law.”

Mogherini said she would convene another round of talks later this month. 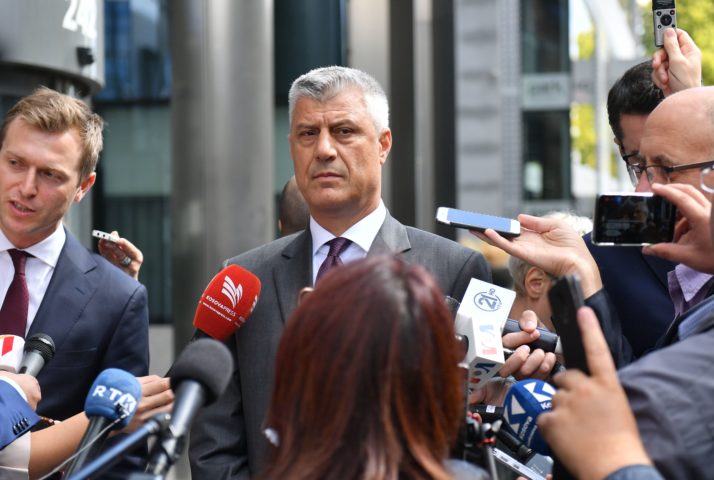 “We have deep and big differences,” he told POLITICO in an interview. “It was agreed between us that it was better not to meet and destroy everything.”

Marko Djurić, Serbia’s coordinator for Kosovo policy, said Kosovo’s officials have consistently failed to abide by the letter and spirit of agreements already struck between the two sides in an effort to normalize relations. He also suggested that the European Union is not putting enough pressure on Pristina.

But Djurić said Serbian officials “have always been and still are” committed to talks. Djurić told POLITICO that Vučić and his aides are still weighing whether to go ahead with the planned visit to Kosovo, during which he said the president intends to convey messages of “reconciliation and normalization of relations.”