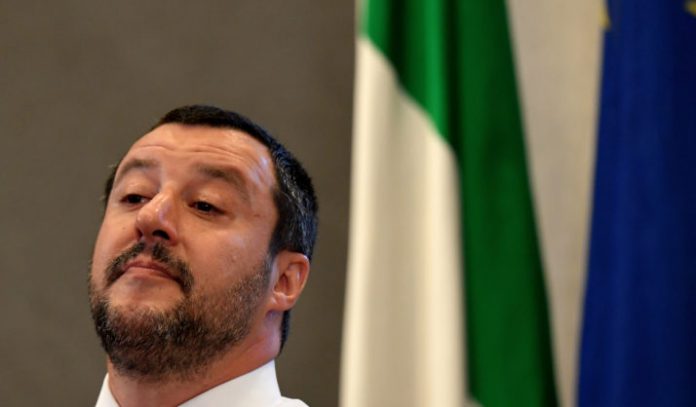 In the home of the Vatican, believers are increasingly attracted by the hard-line stance of Interior Minister Matteo Salvini.

Francis and Salvini espouse radically different approaches to migration. Where the pope has called on countries to take care of the less fortunate, Salvini has turned his close-the-borders approach to immigration into an electoral warhorse.

The trouble for Francis is that Salvini seems to be winning — even among Catholic voters.

Since his ascendancy to the throne of St. Peter in 2013, the Argentine pope has advocated a welcoming approach toward migrants, in line with the Church’s tradition. He has washed the feet of jailed asylum seekers and visited Lampedusa — a small Sicilian island off the coast of Libya where many of Europe’s migrants arrive — to condemn the “global indifference” to the plight of those lost at sea.

If Italian Catholics were following Francis’ example, one would expect them to shy away from Salvini. Instead, they, like the rest of country, are flocking in his direction.

In 2015, at the height of the European migrant crisis, Francis famously called on the Continent’s Catholics to open their doors to “refugees who flee death from war and hunger.”

“May every parish, every religious community, every monastery, every shrine of Europe welcome one family, beginning with my Diocese of Rome,” he said.

Recently, however, it’s become clear that not all of his flock is following. “At this moment, there’s a clear difference between an important part of Catholic opinion and the opinion of the Church hierarchy,” said Luca Comodo, a director at polling firm Ipsos.

The easiest place to see the divergence is in political opinion polls, specifically those regarding Salvini. 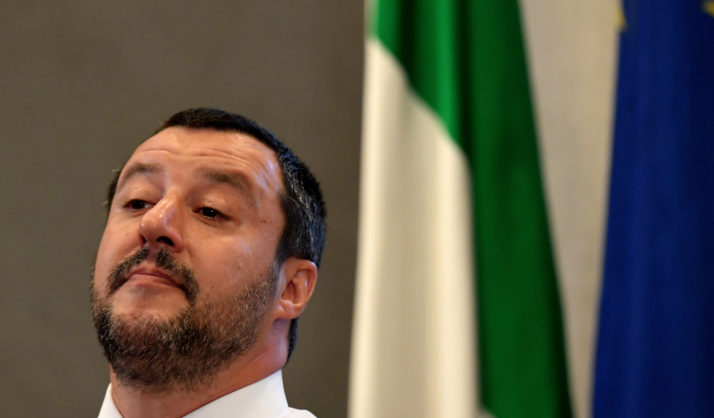 Since leading his far-right League party into a third place finish in the country’s March election, the Italian interior minister has not missed an occasion to highlight his battle against migration.

He has refused to allow private rescue ships carrying migrants to dock in Italian ports and has accused those in the country of carrying out a disproportionate number of crimes, even as newspapers report a rise in racist attacks.

Salvini’s posture has triggered accusations of racism — but it has also rewarded him with a meteoric rise in the polls. Since March, support for his party has soared from 17 percent to roughly 30 percent. Only the League’s partner in Italy’s ruling coalition, the anti-establishment 5Star Movement, enjoys similar ratings.

“Migrants have become the symbol of Italy’s problems with globalization,” said Comodo. “They are the scapegoat. That’s why the theme has become central, [even as migrant] flows have been going down.”

If Italian Catholics were following Francis’ example, one would expect them to shy away from Salvini. Instead, they, like the rest of country, are flocking in his direction.

Among Catholics who attend mass at least once a week — about a third of Italians — support for Salvini has doubled, from 15.7 percent in March to 31.8 percent in July, according to a poll by Ipsos.

Meanwhile, the pontiff’s popularity in Italy has dropped from 88 percent in 2013, when he was elected, to 71 percent, according to a recent poll. Among the key reasons, according to the poll’s author, Ilvo Diamanti, is migration.

“The atmosphere has worsened, and Catholics are not immune from it,” said Oliviero Forti, head of migration policy at Caritas Italia, the umbrella organization for Catholic aid agencies. “For many of these Catholics, the Holy Father is not perceived anymore as a spiritual guide. On the contrary, in some cases he’s accused of being far from the real problems people are facing.”

In June, after Salvini refused to allow a ship carrying migrants to dock in an Italian port, Francis tweeted out a message of solidarity with its passengers. The response was a flood of attacks, asking “Why you don’t take them to the Vatican?” and accusing the Catholic Charity Caritas of making money off of migrants in the country.

‘Get thee behind me’

Salvini’s popularity presents a direct challenge to the Vatican, said Alberto Melloni, a prominent historian of the Catholic Church, in a recent interview.

“The problem with Salvini’s operation is that he doesn’t just want the votes of Catholics,” he said. “Sometimes it almost seems like he wants their souls.”

Like Hungarian Prime Minister Viktor Orbán, whom the Italian interior minister admires, Salvini has taken pains to cast himself as a champion of what he calls “Christian democracy.”

At his last rally before the March election, he swore on the gospel “to be loyal to my people, 60 million Italians” while holding a rosary. The League has also proposed a law that would require public institutions to display the crucifix.

The result has been a schism, if not in the Italian Church, then at least among Catholic voters, as those favoring a welcoming stance toward migrants diverge from those wanting to keep the borders closed. “There’s a split that is becoming more and more evident” said Comodo.

Some left-leaning Catholics are considering forming a new political party, along with other similarly minded groups.

And in July, when migration flared once more into the country’s headlines, the Catholic weekly magazine Famiglia Cristiana ran a cover with a picture of the League leader, playing off the words of Jesus: Vade Retro Salvini (“Get thee behind me, Salvini”). 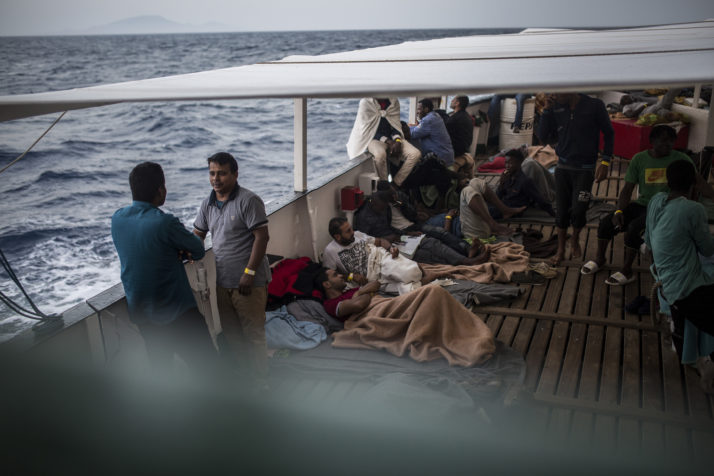 According to the Italian newspaper Il Corriere della Sera, Italian bishops considered the headline “counterproductive,” because it risked “strengthening hostility toward the Church and dividing Catholics even more.”

Francis, meanwhile, seems to have moderated his message. Speaking to reporters aboard the papal plane in June, Francis repeated his call for countries to take in migrants.

This time, however, he included an important caveat. “Each country must do this with the virtue of government, which is prudence, and take in as many refugees as it can, as many as it can integrate, educate, give jobs to,” he said.

Read this next: The challenge of tagging Republicans as ‘corrupt’ in 2018