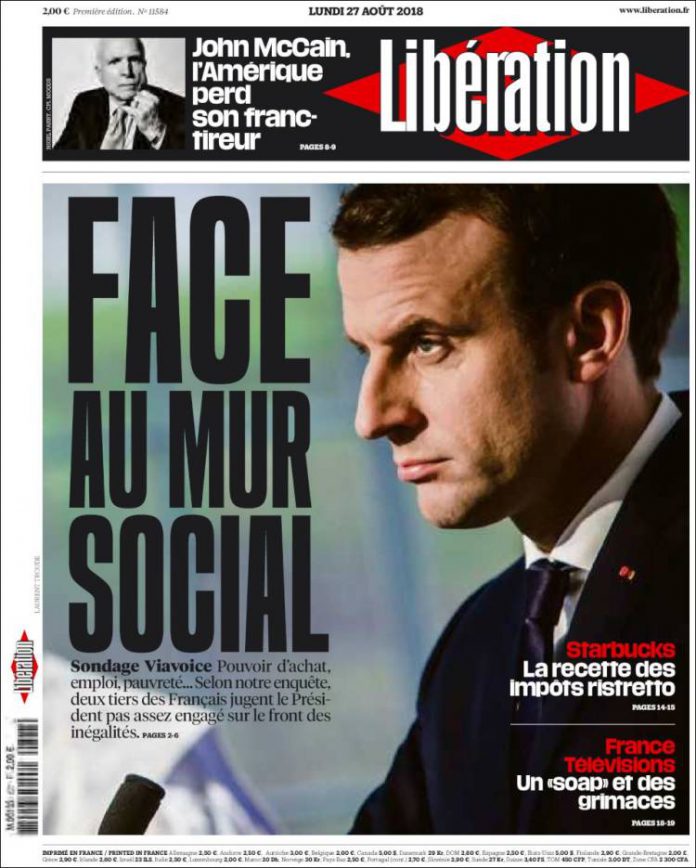 Libération led with a survey that found two-thirds of French people say President Emmanuel Macron is not doing enough to tackle inequality in the country. “Faced with a social wall” was the paper’s headline. Le Figaro covered an “alarming outbreak of violence” in France. With almost 1,000 violent attacks reported to authorities daily, Interior Minister Gérard Collomb’s security policy is facing a “major challenge,” the paper said. The formal investigation launched into Interior Minister Matteo Salvini for his decision not to let more than 170 migrants disembark from a coast guard ship dominated Italian front pages. Salvini is launching a “counterattack,” Il Gazzettino reported. Salvini’s fellow Deputy Prime Minister Luigi Di Maio wants Salvini to remain in office but has called for the judiciary to be respected, Il Messagero reported. Both the i and the Guardian covered Pope Francis’ trip to Ireland, where he apologized for role of the Roman Catholic Church in covering up sexual abuse by the clergy. The Guardian said his plea for forgiveness was “powerful and emotional.” The i noted that less than 200,000 people attended the pope’s mass. The Daily Star had a different take on Brexit. The paper reported the British government is preparing for a no-deal Brexit with a “13-mile line of lavs” to provide relief to “stuck truckers” on the highway near Dover. 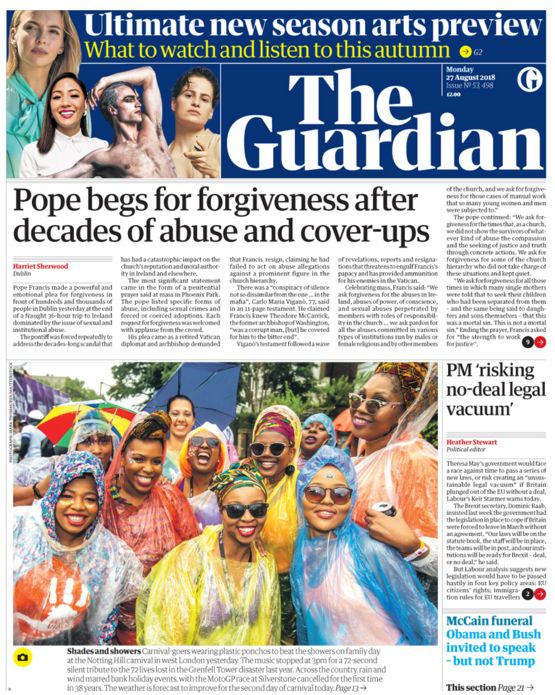 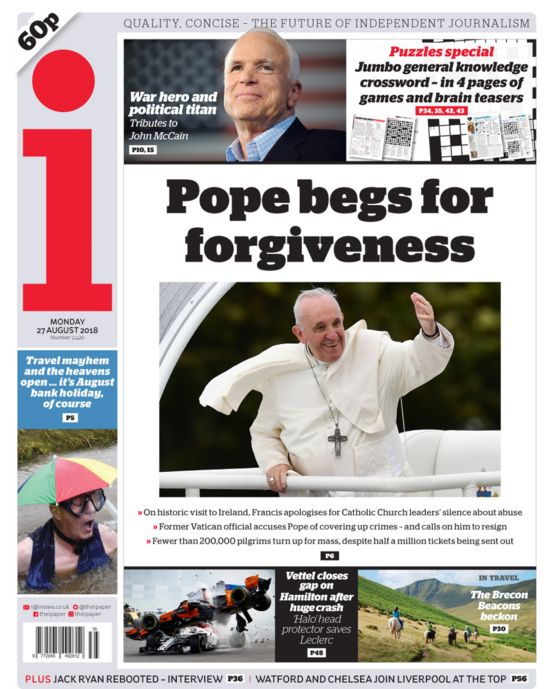 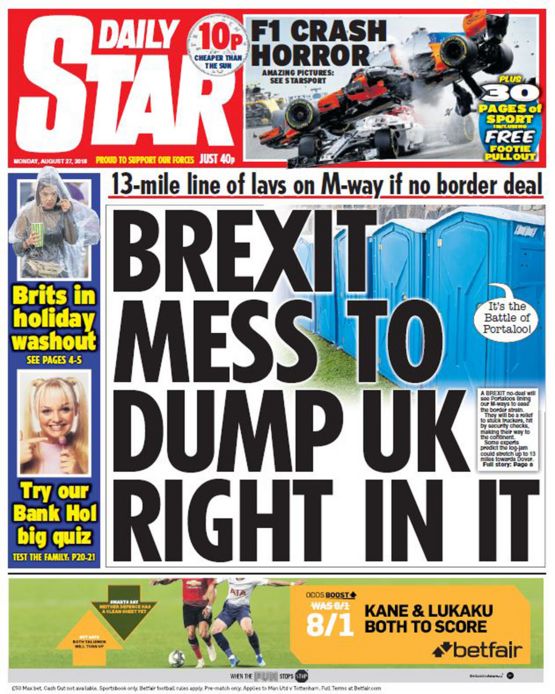 Both Der Tagesspiegel and Die Welt led with discussions in the country about whether to extend the pension guarantee until 2040. Chancellor Angela Merkel is “standing up against” the call by the SPD to provide the guarantee, Der Tagesspiegel reported. FAZ covered commemorations around the world after the death of U.S. Senator John McCain.