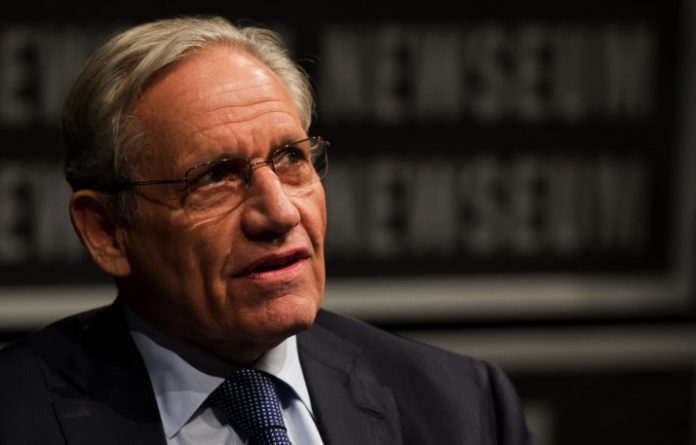 WASHINGTON — Ah, yes, just in time for the end of beach leisure after Labor Day. Another insider account of life in the White House by the celebrated Bob Woodward.

The book isn’t even officially out yet, and already, the gnashing and snarling is erupting as various top administration officials claim never to have said words attributed to them by the Pulitzer Prize-winning author. Including the president, who’s slamming Woodward’s “Fear” as a “bad book.” Same as it ever was.

Woodward is a smart and clever writer, and his books — he’s written nearly two dozen of them — often shed light on how the modern presidency works and sometimes doesn’t. He captures scenes and conversations that have real impact on how we understand a precious institution, the presidency, that is always worthy of study and explanation.

No one should mistake his work, however, for “journalism” or “history.” It will take many years for experts in those disciplines to unravel what really has happened in this odd and uniquely dysfunctional White House.

Woodward provides an immediate alternative. He interrogates various actors, sometimes giving them the cloak of anonymity, and then weaves together his best approximation of how real events may have unfolded. His technique includes providing quotation marks around conversations where he was not present and where the participants presumably offer their best recollection of how unrecorded conversations unfolded. (Here’s an exercise to try: Can you remember exact quotes from that heated office meeting you had a couple months ago about next year’s budget? How sure are you that you got them exactly right?)

Think of Woodward’s account as a rough first draft of history.

I’ve been involved in some of Bob’s books about my time in the Clinton White House and have scowled and chafed at the representation made of some of my encounters. I even challenged Bob once to make a verbatim transcript available of our “interview” but he slyly told me the best stuff I gave him was when the recorder was off and I had a glass of wine or two during an encounter we had in Aspen, Colorado. Oh well — maybe he was right about that. But I don’t think so.

Woodward transacts in a genre we should appreciate as “historical fiction” — a literary form consisting of narratives that take place in the past and are characterized by an imaginative reconstruction of historical events and personages. Our culture is full of great examples of how valuable this genre can be. Go see “Hamilton” if you doubt it.

But appreciate Woodward for what he gives us and does not. He is not giving us a literal record of what has been happening behind closed doors at the White House. He gives us a very important approximation of things that may have happened as he imagines them, and as his anonymous sources recall and spin them. And that is enough to strike some “Fear” in all of us. I just pre-ordered my copy on Amazon and it will surely be a bestseller. As the inevitable debate kicks off about who said what when, let’s remember what this project is really about.

Think of Woodward’s account as a rough first draft of history. The book will contribute to learning the truth even when Trump’s PR people say “the truth isn’t truth.” Does anyone doubt that, particulars aside, it portrays the larger story of this presidency accurately? 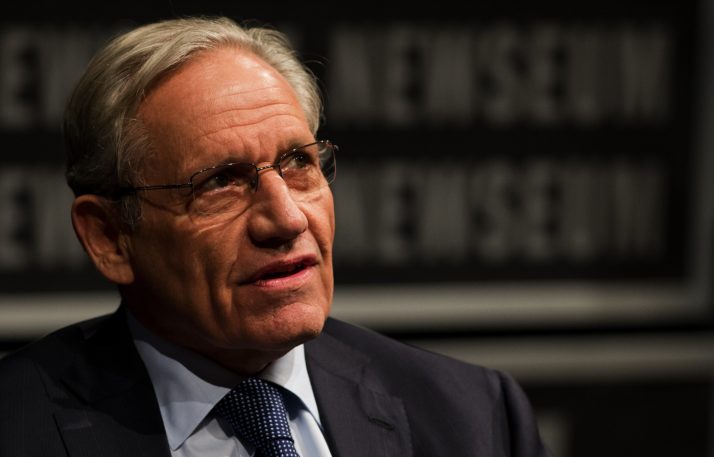 That said, I’m not sure another inside-baseball book is what America really needed. Faced with ever more damning stories and sinking approval ratings, President Trump is now musing openly about yanking broadcast licenses, changing libel laws and escalating his regular attacks on the “enemy of the people” — language that would be right at home in the Soviet Union. Journalists may scoff at his ability to follow through on his Twitter threats, but they underestimate his intentions at their peril. Trump has declared war on the press, and it’s time for the press to fight fire with fire.

Or better yet, fight fire with water. How about changing the rules of engagement, especially in reporting by White House reporters? How about this alternative: Let’s declare a month of “Trump-free” journalism. No live coverage of meaningless photo opportunities. No endless repeats of silly tweets. How about no one shows up for Sarah Sanders’ White House press briefings given that they are largely useless anyhow? How about no mention of Trump on shows like Morning Joe for at least a week?

Deny Trump the oxygen he most wants and needs. Daily coverage. Take him off the air. Tell all those very talented journalists at the White House to go out and cover what this administration is really doing. Daily coverage at the Agriculture Department or the Department of Homeland Security. Real reports from the Environmental Protection Agency. On the front page. With no “Trump” in any headline.

I’m as eager to scoop up every morsel of palace intrigue from inside this “crazytown” White House as everyone else. But there is a better way for press to win this war. They need to get the people on their side. They need to demonstrate that their first interest is the public’s right to know and that they are willing to fight back. This will be contrary to every instinct that journalists have in normal times. But these are not them. The rules of engagement need to change.

Mike McCurry is former White House press secretary to President Bill Clinton and professor and director at the Center for Public Theology at Wesley Theological Seminary in Washington, D.C.