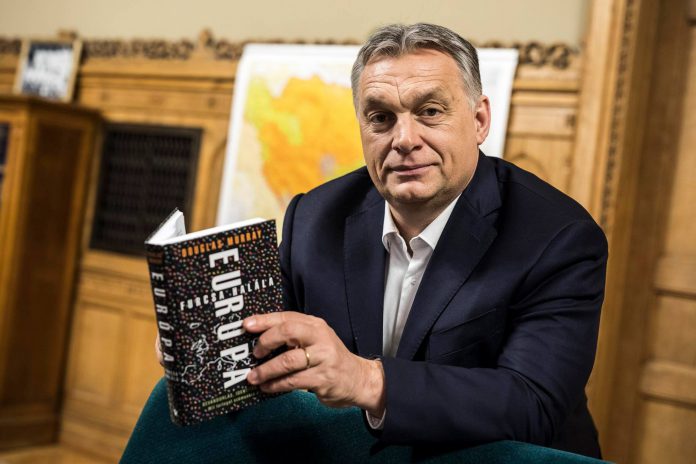 Just before an EPP meeting in Salzburg ahead of an EU summit, an exasperated Daul said he had been fielding questions about Orbán and his Fidesz party for years.

“The press can’t force me to throw out Viktor Orbán,” Daul said at a joint news conference with Austrian Chancellor Sebastian Kurz. “We have democracy in our party, rule of law, we have our freedom and we have rules.”

Daul said the party would follow its rules and indicated it would wait for the EU’s Article 7 disciplinary process to reach its conclusion. Following the European Parliament’s vote last week, it will be up to EU governments in the Council of the European Union to decide whether Hungary is at risk of a “serious breach” of the bloc’s core values.

Orbán, the self-declared champion of illiberal democracy and a Christian Europe, has rejected the charges against his government, saying they are retribution for his hardline stance on migration and refusal to accept refugees under an EU quota system. His government has said it will challenge the European Parliament’s vote at the European Court of Justice on procedural grounds.

Everybody is looking at each other with distrust” — EPP meeting participant

A defiant Orbán told reporters in Salzburg: “We are the EPP’s most successful party.”

Some EPP member parties have pushed to expel or suspend Orbán and Fidesz. But Daul’s remarks made clear that the leadership does not want that to happen. His stance means Fidesz stands a strong chance of staying in the fold during the campaign for next year’s European Parliament election, given how long the EU’s Article 7 disciplinary process is likely to take.

While the leadership’s position may keep the center-right alliance intact for now, it means Europe’s preeminent political force will be headed into a major campaign season wrestling internally over its continuing association with Orbán and his policies.

Daul sought to shift the focus away from Hungary and toward other countries he said had questions to answer about the rule of law, including Malta and Slovakia, which are both ruled by social democrat governments.

Wednesday’s EPP meeting was attended by all three presidents of the main EU political institutions as well as multiple heads of government, including Kurz, Bulgarian Prime Minister Boyko Borisov, Irish Prime Minister Leo Varadkar. German Chancellor Angela Merkel, however, did not show up at the meeting.

One participant said the atmosphere was tense.

Read this next: Donald Tusk: UK Brexit plan ‘will need to be reworked’