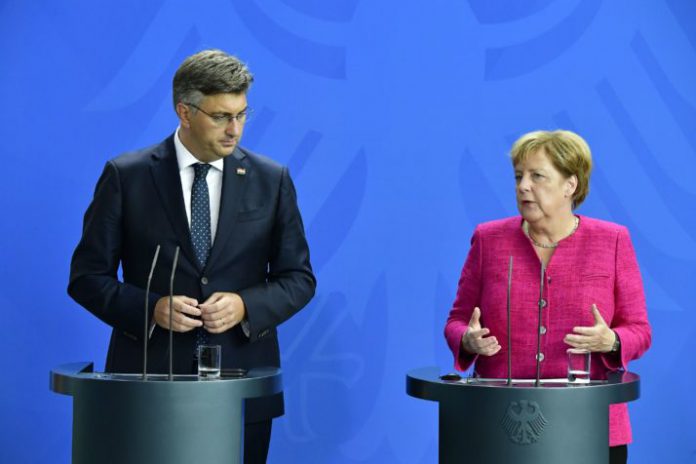 The European Union is grappling with a new Balkan dilemma.

This one is not on the scale of the predicament the EU faced in the 1990s, when leaders argued and agonized over how to respond to the wars that tore Yugoslavia apart, including whether to intervene militarily.

But the latest headache is over a legacy of those wars, the frozen conflict between Serbia and Kosovo, after the presidents of both countries announced at the weekend they want to discuss changing borders.

Officials and diplomats are still trying to get their heads around the implications of the announcement, which goes against longstanding Western policy. For years, EU and U.S. officials have argued that any change of borders in the volatile region could spark violent campaigns for other boundaries to be redrawn.

But faced with the desire of both presidents to break the taboo and the Trump administration’s willingness to entertain such a move, EU officials and diplomats have decided they cannot dismiss the plan out of hand — for now, at least.

No one much likes it but no one seems willing to torpedo it either.

EU diplomats say they fear a border change also carries risks of upheaval far beyond the Balkans, for example giving Russia fresh ammunition to argue that the West should also accept its annexation of Crimea.

Any border change would form part of a peace deal to tackle issues unresolved by the 1998-1999 war that ended Serb control of Kosovo. Serbia continues to regard Kosovo, whose population is mainly ethnic Albanian, as a rebel province and Belgrade’s ally Russia has blocked the country’s path to U.N. membership.

Both countries aspire to join the EU but Brussels has made clear they must resolve all bilateral disputes before that can happen.

So far, Germany has been the most vocal skeptic of the proposal, made public by Kosovo President Hashim Thaçi and Serbian President Aleksandar Vučić at a conference in Austria last Saturday night.

“We of course support all conversations that lead to goals but at the same time we say that the territorial integrity as it has been created today is of great importance,” Chancellor Angela Merkel said at a press conference with Croatian Prime Minister Andrej Plenković on Tuesday.

Merkel has slightly softened her rhetoric since flatly rejecting border changes in the Balkans earlier this month. But German Foreign Minister Heiko Maas is expected to make plain Berlin still opposes the idea at a meeting with his EU counterparts in Vienna on Friday, diplomats said.

At the press conference with Merkel, Plenković — whose country emerged from the Balkan wars of the 1990s — also signaled strong misgivings.

“Borders should be respected as they are,” he declared.

Britain said on Thursday it remains opposed to border changes. 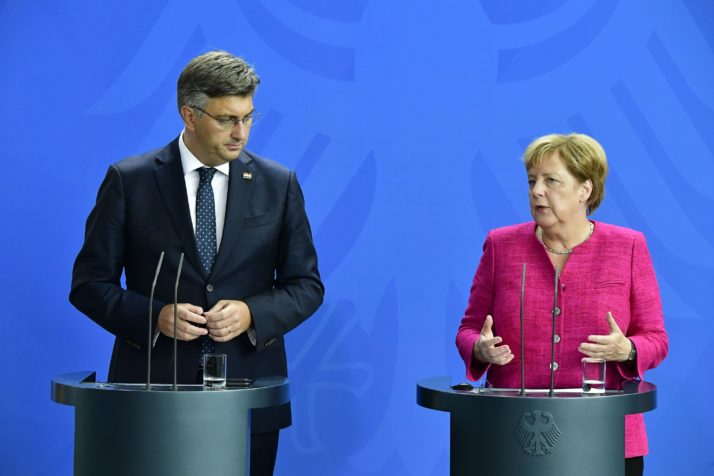 “Normalizing relations between Serbia and Kosovo is crucial for the security, stability and prosperity of both countries and the wider region,” a U.K. Foreign Office spokesperson said. “The government believes that this should be on the basis of recognition of independent sovereign states within their current borders.”

The informal ministers’ meeting on Friday is the first opportunity for EU governments to discuss the proposal, which emerged when many officials were on holiday.

Neither Vučić nor Thaçi has provided details of what they are considering. But talk of some kind of land swap has rumbled around the region for years.

Under the most commonly discussed scenario, part of northern Kosovo, which is predominantly inhabited by Serbs, would be allocated to Serbia. In return, the Preševo Valley area of southern Serbia, which is home mainly to ethnic Albanians, would become part of Kosovo.

“We have concerns about an agreement based on ethnicity,” said a diplomat from one EU country. “We also have some ethnic groups who could jump on it.”

A third EU diplomat said his country is “very skeptical,” especially because of the potential consequences for Bosnia and Herzegovina, where leaders of the Serb-dominated region, Republika Srpska, frequently raise the idea of seceding and becoming part of Serbia. 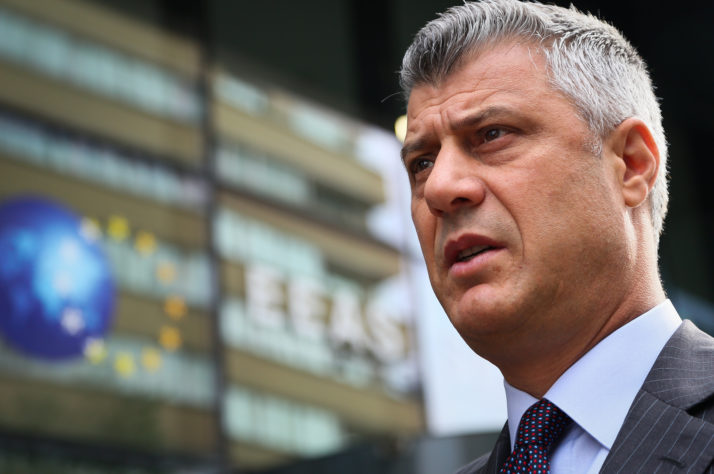 Three former international high representatives to Bosnia and Herzegovina spoke out against the idea this week, urging EU foreign policy chief Federica Mogherini to push Vučić and Thaçi to drop their plan.

“We know the region well enough to know that moving borders like this will not solve divisions, it will deepen them,” Paddy Ashdown, Carl Bildt and Christian Schwarz-Schilling wrote in an open letter to Mogherini.

Mogherini has made clear she will not follow their advice. She will host the two presidents for the next round of an ongoing EU-mediated dialogue next Friday, September 7. A couple of days later, Vučić is expected to unveil more details of his proposals in Mitrovica, northern Kosovo, in what he has told ambassadors will be “the speech of his life,” another EU diplomat said.

So far, no EU country has voiced outright support for the plan, although Austria is keen to play a mediating role and has signaled a willingness to explore it.

Officials from the EU’s institutions, such as Johannes Hahn, the enlargement commissioner, have sought to strike a balance — not rejecting a land swap out of hand but insisting it would have to be accompanied by guarantees that no other borders in the region would be changed. 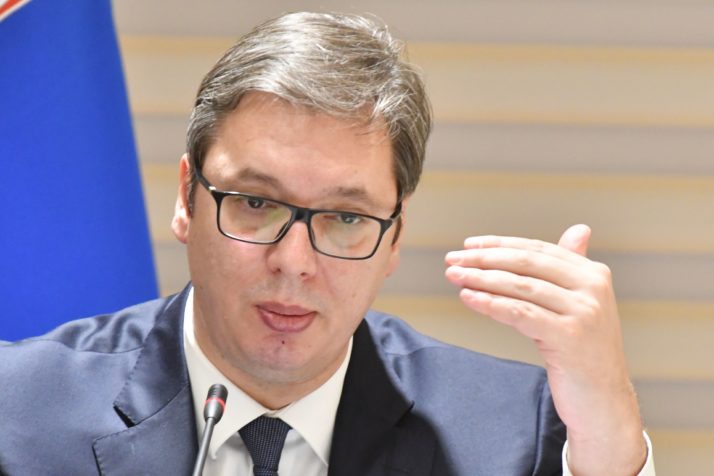 EU officials also stress that any deal between Serbia and Kosovo would have to tackle much more than just borders — such as minority rights and property disputes going back to prewar times.

But some diplomats say they suspect they will never have to decide whether to endorse a land swap — because the two sides will be unable to reach an agreement.

Giving away territory will be a hard sell to voters in both countries — and looks particularly tough in Kosovo, where political opinion is bitterly divided over Thaçi’s plan. Prime Minister Ramush Haradinaj has emerged as a particularly strident opponent of the idea.

Read this next: While Washington mourns McCain, Trump leaves town