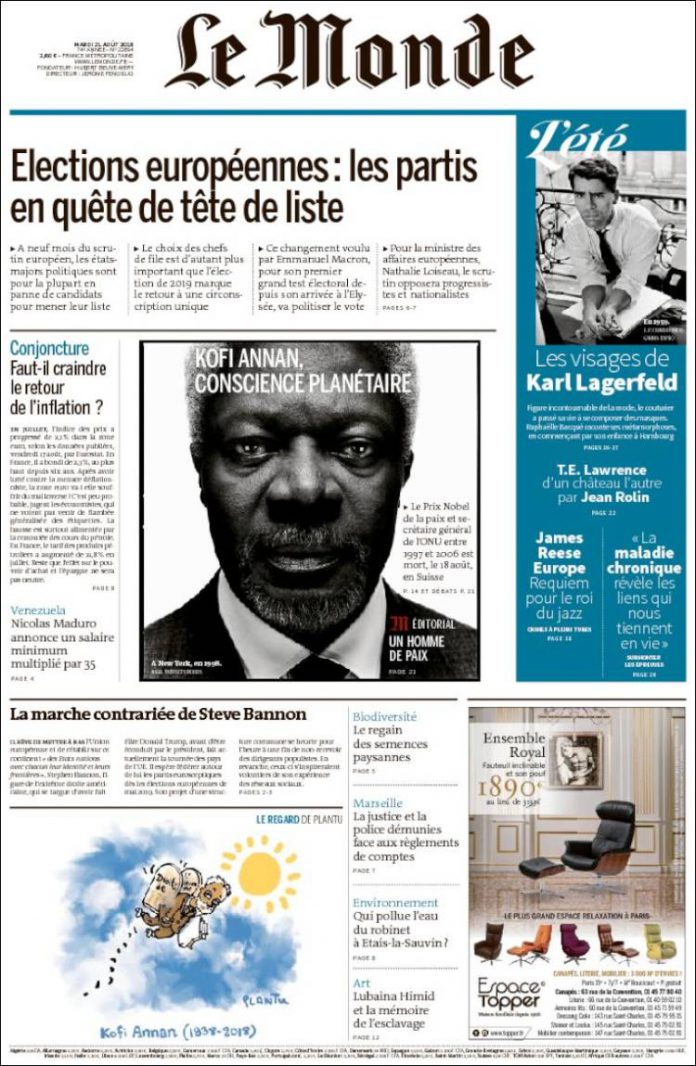 In grand August tradition, French papers were all about general interest items. Le Monde led with a piece summarizing the current landscape ahead of the 2019 European election, which the paper dubbed Emmanuel Macron’s “first great electoral test since arriving at the Elysée.” Le Figaro, meanwhile, turned its spotlight to the “black summer” in French prisons, noting that jail breaks, overcrowding and other problems have increased dramatically over the last two months. Libération featured a report on Palestinians who have been injured in clashes with Israeli forces at the Gaza border. Coverage of Monday’s terror attack in Barcelona dominated Spanish front pages. El País wrote that police are “treating the event like a jihadist attack, but also investigating possible suicidal tendencies,” after reports that the assailant’s wife recently discovered he was gay. La Vanguardia noted that while “the aggressor acted alone,” police are reinforcing their ranks in response. Die Tageszeitung led with a story on the 50th anniversary of the Prague Spring of 1968. “The dream is over,” the headline read, with a story explaining that young Czechs today don’t understand what happened during the anti-Communist protests. The Frankfurter Allgemeine, meanwhile, led with a story on splits in Angela Merkel’s conservatives. The Financial Times led with Venezuela’s currency crisis. The Daily Express carried extracts from Foreign Secretary Jeremy Hunt’s speech, to be delivered later on Tuesday, warning the EU that a messy divorce with the U.K. could leave Europe “divided for generations.” The red tops focused for the second day on stories about a British woman who was rescued after falling overboard from a cruise ship. 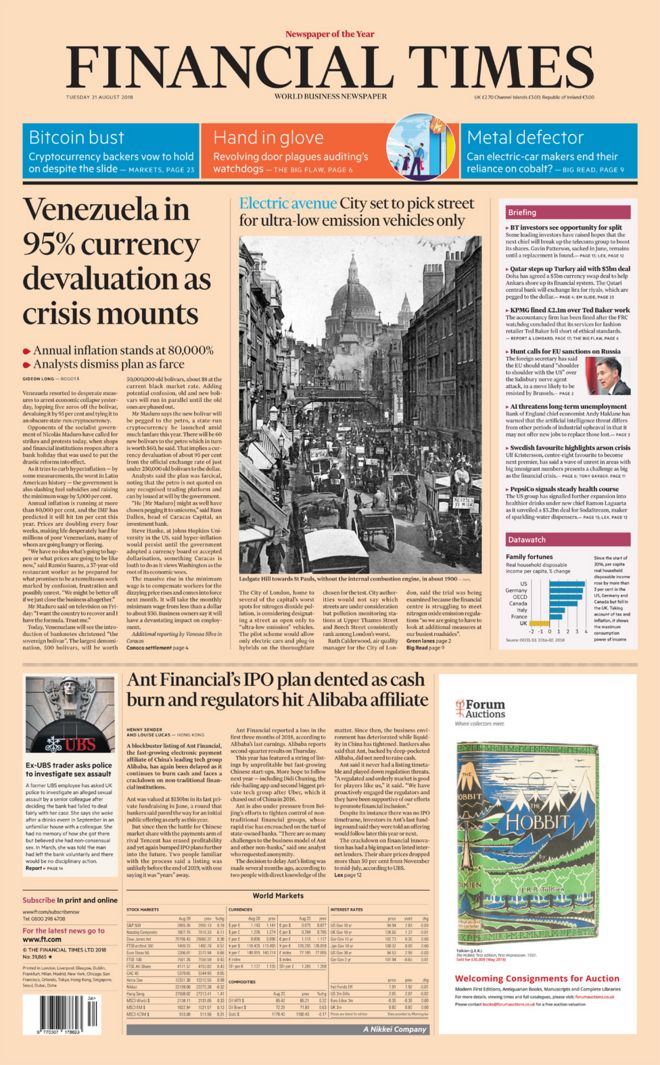 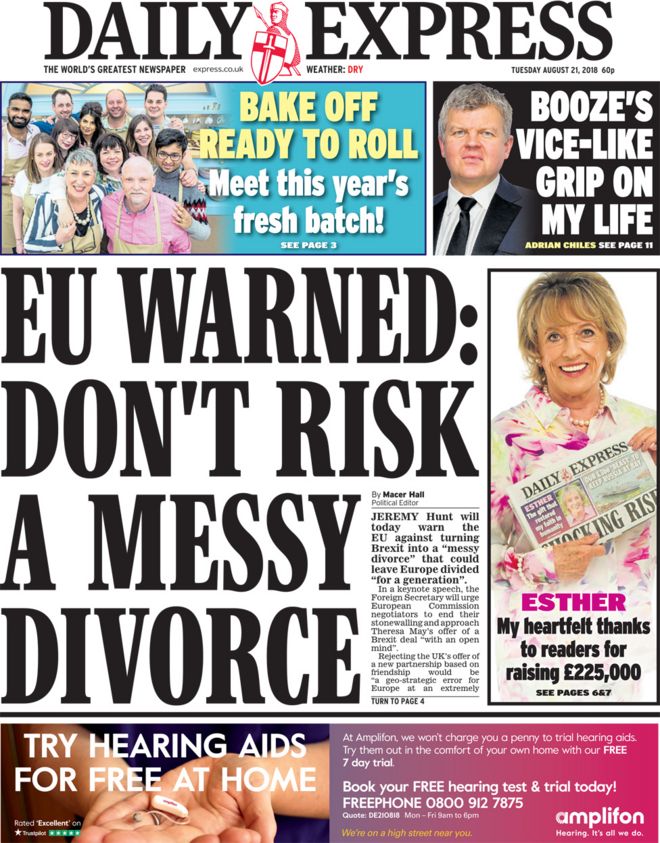