Home Politics Boris vs. May, the remix 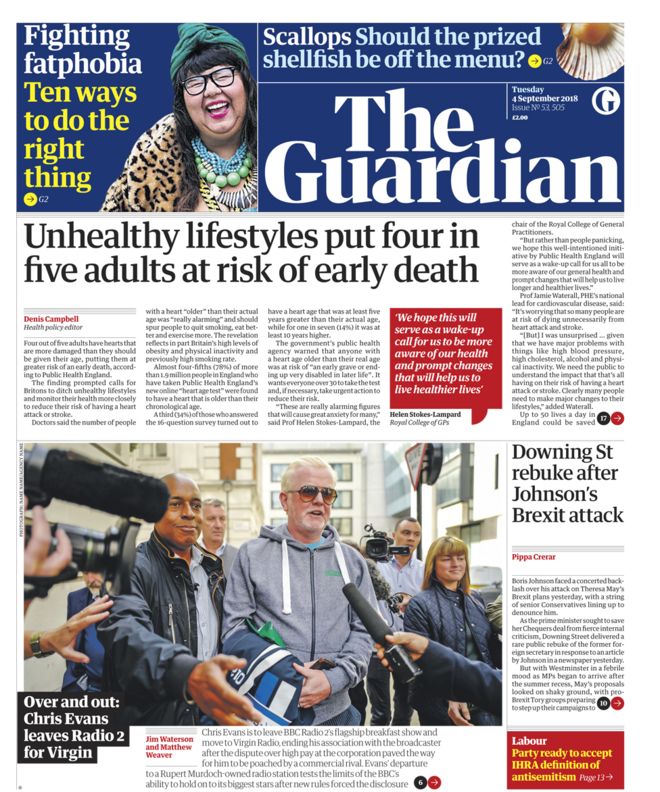 Most British papers led with the escalating feud between PM Theresa May and her former foreign secretary, Boris Johnson. Referring to Johnson’s inflammatory anti-Chequers-plan column printed in the Daily Telegraph earlier this week, the Daily Express asked: “Does Johnson’s vitriolic assault on PM’s plan signal the start of an audacious bid for No. 10?” The Guardian noted a “rare public rebuke” from the PM in response to Johnson’s column. Papers also reported on the resignation of Chris Evans, one of the BBC’s highest-paid presenters, who is leaving for Virgin. The Daily Telegraph led with a story about Peter Willsman, accused of being anti-Semitic, who was elected onto the Labour Party’s national ruling body. 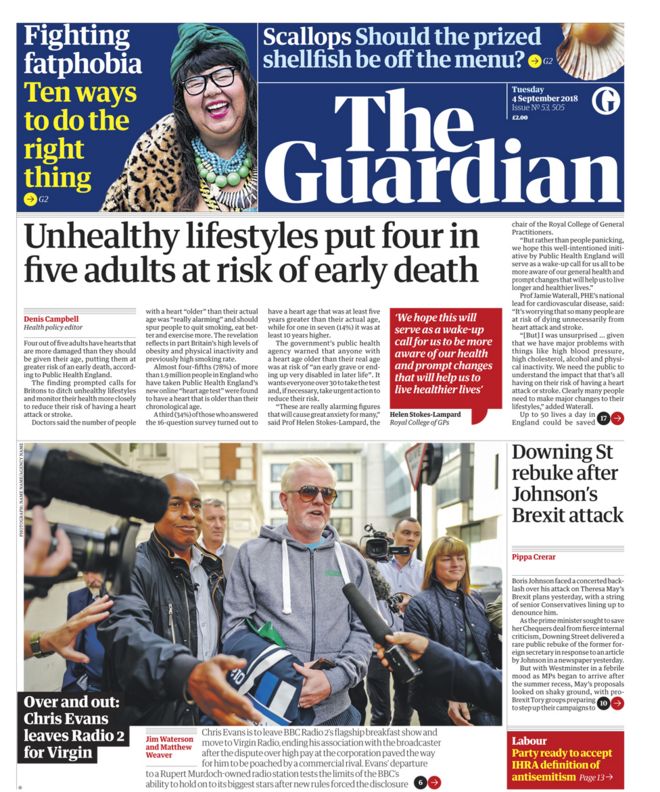 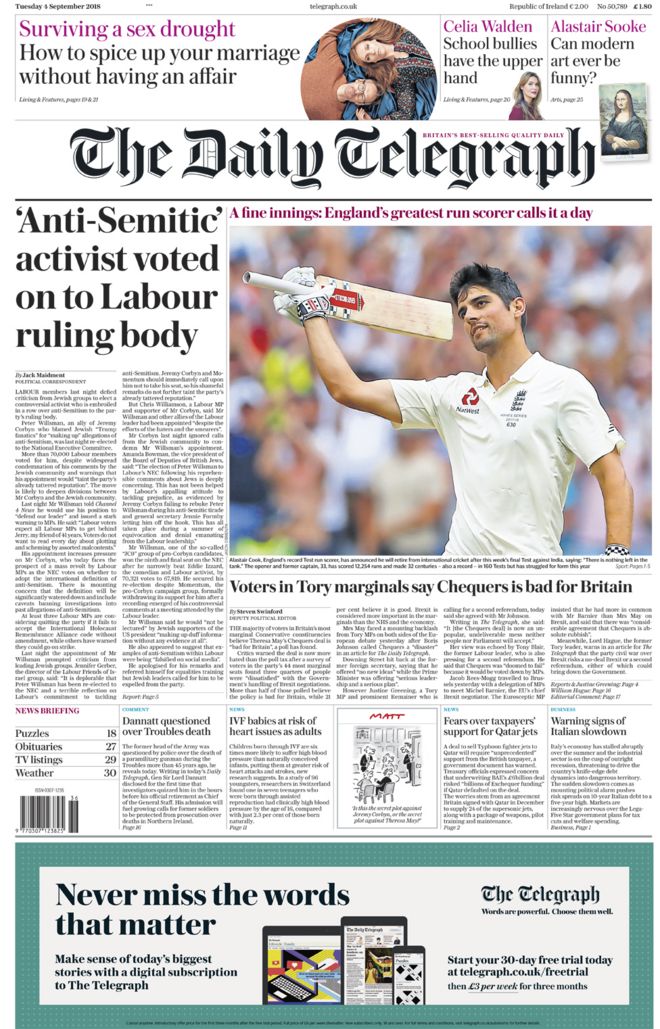 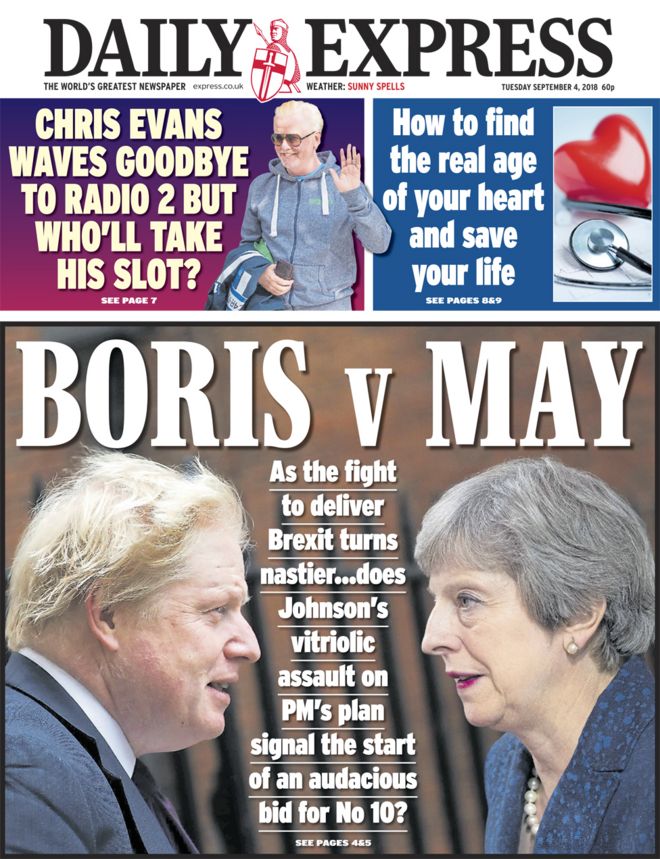 It seems France had a slow news day. Libération covered a proposal in Belgium to change a pesky French grammar rule. Le Figaro focused on Google’s 20th birthday, using the occasion to question the U.S. search giant’s power. The paper’s headline: “20 years after its creation, more and more voices are rising against [its] ambitions and financial power.” Le Monde highlighted a petition from 200 public figures to save the planet in the wake of Environment Minister Nicolas Hulot’s resignation. German papers continued to cover the country’s reckoning after far-right protests turned violent in Chemnitz. Der Tagesspiegel covered an anti-Nazi concert in the town, which thousands attended. The Frankfurter Allgemeine focused on whether the far-right AfD party ought to be monitored by authorities. Spanish papers led with coverage of PM Pedro Sánchez’s proposal of a referendum on greater autonomy (but not independence) for Catalonia. La Razón reckoned that “No political group except Podemos supports the initiative.”