Home Politics Barnier asks for ‘who, when, where and how’ of Irish border plan 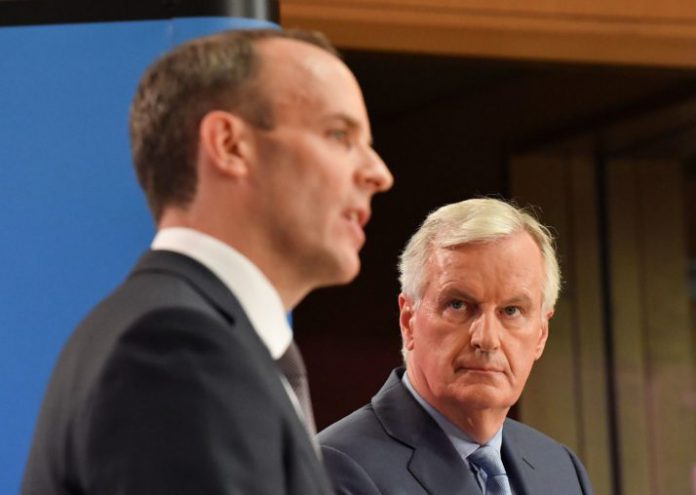 LONDON — The unacceptable is becoming a bit more acceptable, it seems.

At a joint press conference with his British counterpart, Dominic Raab, in Brussels on Friday, the EU’s chief Brexit negotiator Michel Barnier revealed he had asked the U.K. for details about how an internal border between Great Britain and Northern Ireland would work in practice should it ever be needed.

It was a potentially significant moment.

The U.K. has consistently made clear it will not countenance any customs border in the Irish Sea as part of a “backstop” clause in the withdrawal agreement to get the negotiations over the line.

Theresa May has repeatedly said no U.K. prime minister could accept such a prospect, which would effectively create two customs territories within the United Kingdom.

Both the U.K. and EU have committed themselves in writing to a backstop clause but disagree over what it should say.

The disagreement over the Irish backstop is the last remaining significant hurdle in the Brexit negotiations but has the potential to bring the talks crashing down.

At the press conference Friday, Barnier issued a fresh warning on the issue, warning that “with no backstop there will be no agreement.”

Put simply: no agreement means no transition period and no trade deal. It means a crash landing on March 29, 2019.

With just six months until Brexit Day, Barnier told reporters it was now a “matter of some urgency” to get a “legally operational” backstop solution in place. 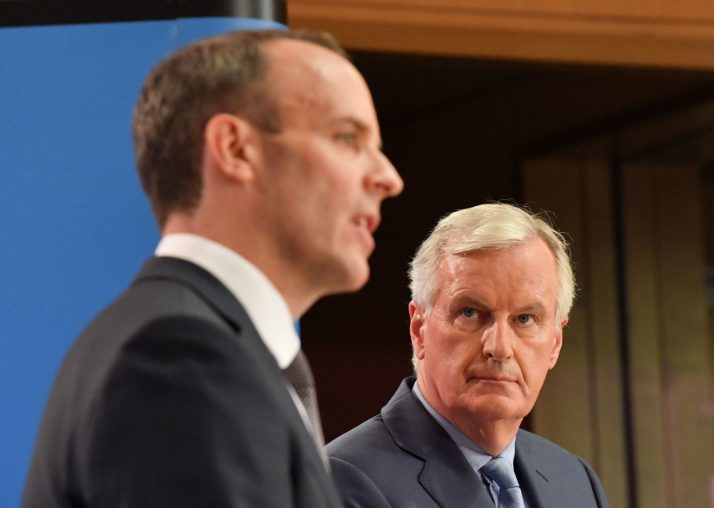 He then revealed he had asked Raab and his team for data about who, when, where and how checks would take place on goods moving between Great Britain and Northern Ireland in the event the backstop is ever required.

As it stands, the backstop is simply an insurance clause which will be included in the divorce agreement and which will only ever be used if the EU and U.K. cannot agree a free trade deal after Brexit that keeps goods moving over the Irish border without any checks.

Both the U.K. and EU have committed themselves in writing to a backstop clause but disagree over what it should say.

The EU has proposed wording which would keep Northern Ireland — and only Northern  Ireland — in the EU’s customs “territory” while also accepting most of the rules of the single market. The U.K. has countered that this is unacceptable because it would create a border within the U.K.’s single market, between Great Britain and Northern Ireland.

Instead the U.K. has suggested a time-limited U.K.-wide backstop that would see the whole country all-but remain in the EU’s customs union, while accepting single market rules for goods and agriculture.

Barnier has so far shown little inclination that he is prepared to accept such a proposal, insisting the backstop must be “Northern Ireland-specific.”

In Brussels Friday he showed no sign he was prepared to give an inch.

“This backstop is critical,” he said. “It is essential to conclude the negotiations, because … with no backstop there will be no agreement. We are going through the detailed work. We want to look at the controls, the checks … We need that data, that information to understand how a backstop is going to work. Who, when, where and how those controls, those checks are done. It is technical work.”

Responding, Raab said “valuable” progress had been made after a good session of negotiations. “All in all the contours of an agreement and a deal on the withdrawal agreement are becoming clearer and clearer, which is a positive.”

Raab also said there had been “real progress” on the issue of security.

He said the starting point for the U.K. was always that they wanted to “maintain as much operational cooperation as is feasible” to keep citizens safe.

Barnier’s gamble is that the U.K. will back down if new, less controversial language can be found to “de-escalate” the row over the Irish backstop. 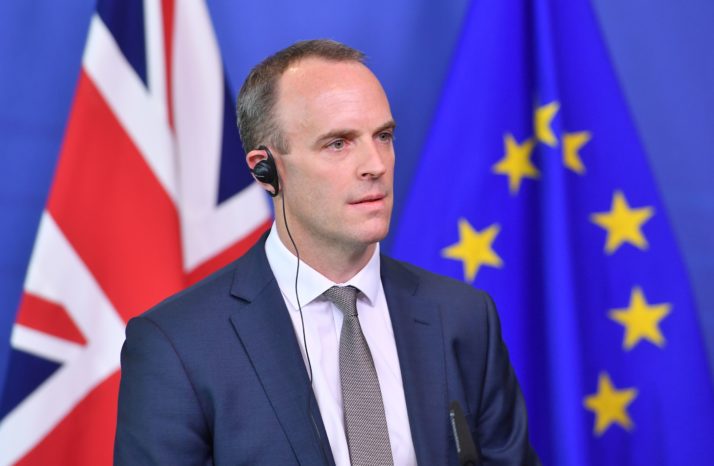 He hopes that by talking up the prospect of a close relationship between the U.K. and EU after Brexit — while not formally rejecting the prime minister’s proposed Chequers plan — will give May enough political cover at home to secure parliamentary consent for the divorce deal. After the divorce, both sides can then turn to the future relationship.

He warned, however, that the prime minister’s proposal to keep Britain in parts of the single market after Brexit would be killed off after the divorce terms had been agreed. “Chequers is still dead,” he said.

Read this next: Orbán to face EU lawmakers over rule of law probe