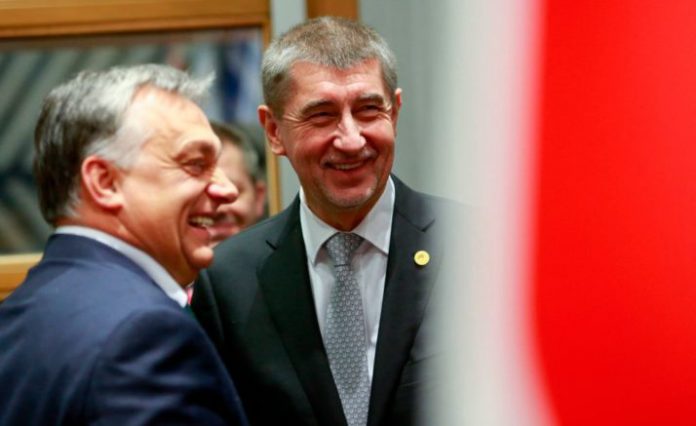 It’s fashionable in Europe today to depict the rise of a nationalist, populist, anti-EU right inspired by Donald Trump as unstoppable, with former Trump strategist Steve Bannon playing the role of Svengali.

But Bannon and his sidekicks have a problem: The Trump vision may dovetail with the Anglosphere ideology of Brexiteers who favor amputation from Europe, but it’s not where European politics is.

In fact, the rise of populist, illiberal, xenophobic and anti-elite parties is nothing new in Europe, where some of them have won up to 25 percent in national votes. Going back further, between 1945 and 1980, the French and Italian communist parties opposed Brussels and wanted to shut frontiers to foreign workers.

Next May’s election in the European Parliament, via a single-round proportional representation vote that favors fringe groups, will inevitably be a happy hunting ground for populists on the left and the right.

But if the European Parliament fills up with parties based on national identity or single-issue politics, it will just relegate itself to the sidelines. Today’s anti-immigrant, anti-EU populists have far more differences than what they have in common.

The best-known is Marine Le Pen, but her party has lost 60 percent of its members since the 2017 French presidential election, down from 83,000 to 31,000. Like Nigel Farage in the U.K., she has managed in the past to win publicity and European Parliament seats, but voters have no interest in giving her or Farage having real power.

Austria’s Chancellor Sebastian Kurz announced a new Vienna-Rome “Axis” after a coalition of the populist 5Stars and far-right League took power in Italy earlier this year. For the League leader Matteo Salvini, that means Austria would open its borders to take in refugees waiting in camps in Italy. For Kurz, it meant Italy would stop refugees reaching to the Alps. The Axis lasted about two weeks as the Austrian and Italian right discovered they could agree on almost nothing.

Brexit is a major warning that taking anti-EU demagogy to its logical end — and leaving Europe — only makes national politics far more difficult. Hungary’s Viktor Orbán, Poland’s Jarosław Kaczyński, Bulgaria’s Boyko Borisov and the Czech Republic’s Andrej Babiš depend on transfers of up to 4 percent of GDP from EU coffers; on exporting their unemployed across the Continent thanks to freedom of movement; and on attracting massive foreign direct investment by dint of their EU membership.

Trump and Bannon, on the other hand, have attacked the EU as “the foe.” They welcomed Brexit and showered praise on Leave campaigners like Farage and Boris Johnson. Trump makes little secret of wanting a deal with Russian President Vladimir Putin over the heads of Europe and has criticized NATO — even hinting at a U.S. withdrawal from the defense pact. 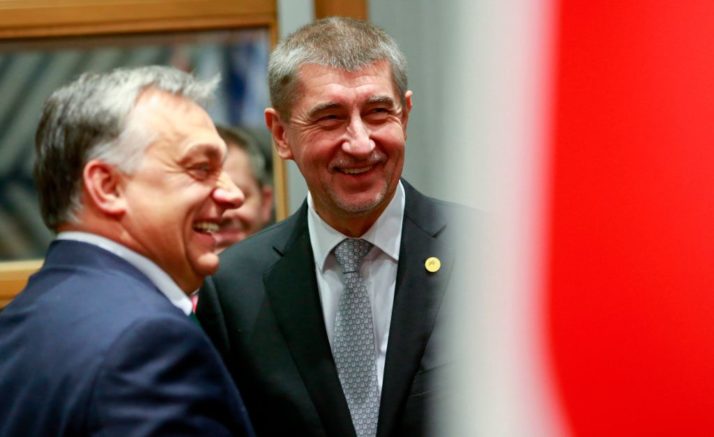 Despite the irritation they sometimes cause Brussels, European illiberals like Orbán, Kaczyński, Borisov and Babiš don’t advocate leaving the EU. And, other than Orbán and Salvini, they see Putin as an enemy. They are also pro-NATO.

Trump wants to build a wall against free movement from Mexico, while Poland allows 1 million Ukrainians into Poland as cheap labor. All the populist right-wing governments want to guarantee EU rules on freedom of movement in order to export their unemployed.

Trump and his supporters are anti-Muslim, and strongly pro-Jewish, whereas despite the anti-Muslim rhetoric from Budapest and Warsaw, both Orbán and Kaczyński support the entry of two Muslim nations, Albania and Kosovo, into the EU. Orbán ran a barely disguised anti-Semitic campaign against financier George Soros, and Björn Söder, who represents the right-wing Sweden Democrats in the Swedish parliament, has said “Jews are not Swedes.”

Trump’s economic policy is based on low taxes on the rich, cuts in social security and reductions in state-funded health care for middle classes. The European populists are welfarists who increase spending for families, pensioners and the poor and attack economic liberals from a left-wing perspective. Unlike Trump, who imposes protectionist tariffs on China, the European authoritarians seek Chinese investment and welcome Chinese imports as a way of providing cheaper goods and clothes for their voter base.

Finally, Trump can hardly bear to be polite to the “Queen of Europe,” Angela Merkel. The European populists are more respectful and value the political cover that Merkel’s European People’s Party (the center-right grouping in the European Parliament) provides for their attacks on democracy and free media.

Bannon, who arrives in Europe with the promise of dollars from U.S. billionaires who indulge hard-right politics as a hobby, is an exotic figure. But Europe’s nationalist identity politics is not English-speaking — which might explain the lukewarm reception he has received so far.

Europe’s illiberal populists share little of the Trump world-view and, other than Brussels-bashing, have very little in common with each other, even if much of their rhetoric would have won cheers in European communist parties a political generation ago. Herding cats will be easier than bringing all European political movements into line, let alone following one leader such as a Trump discard like Bannon.

Denis MacShane is a former U.K. minister of state for Europe who has written several books on European politics.

Read this next: Move over Brexit, Tories’ new battle is about free speech