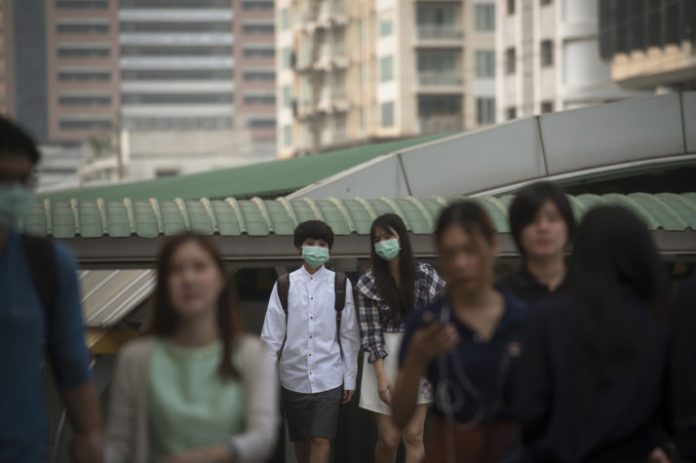 A deep divide between developed and developing countries is casting a shadow over prospects for December’s COP24 global climate talks in Katowice, Poland.

The clash stalled negotiations in Bangkok that ended Sunday. The weeklong talks were an addition to the climate negotiating calendar and were supposed to make progress on rules needed to implement the 2015 Paris climate agreement — something that has to be finalized in Katowice.

Instead, the Thailand talks soured the mood even further.

“The Paris agreement is on the brink,” said Harjeet Singh of ActionAid, a global NGO. “If [developed countries] remain stuck in their positions and fail to loosen their purses, this treaty may collapse.”

Lead negotiators now have less than three months to streamline the text. They’ll hand it over to national diplomats in Katowice in December, who will have only five days to continue technical negotiations before ministers step in to make the final decisions in the last days of the COP24 summit.

Political leaders still have a few chances to make progress before Katowice, including during the Global Climate Action summit in California this week, and at the U.N. General Assembly later this month.

“For Katowice to be successful, work needs to speed up and political will needs to be intensified,” Patricia Espinosa, the U.N.’s climate chief, warned on Sunday.

Those political and technical talks have to tackle at least four tough subjects: 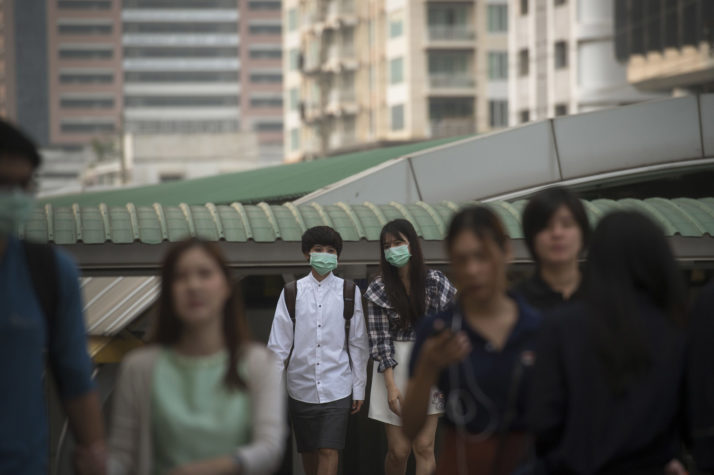 People wear face masks on their way to work in the business district of Bangkok on February 9, 2018 | Lillian Suwanrumpha/AFP via Getty Images

Traditional disagreements between developed and developing countries over who’s (more) responsible to fight climate change, once again, resurfaced in Bangkok.

“Developed countries are responsible for the vast majority of historic emissions, and many became remarkably wealthy burning fossil fuels,” Amjad Abdulla, a diplomat from the Maldives and the chief negotiator for the Alliance of Small Island States, said on Sunday from Bangkok.

Espinosa called on wealthier countries to recognize the “different realities” of developing countries, and allow some flexibility to be written into the Paris rule book.

The Paris agreement is meant to accommodate countries depending on their historical emissions and economic power. Some developing and emerging economies are keen to return to a system that clearly splits responsibilities according to a traditional rich-versus-poor divide.

But developed countries look at increasingly wealthy and powerful developing countries like China, South Africa, Brazil and Saudi Arabia, and feel that those countries should shoulder more of the burden.

“Conversation seems to be lagging behind the real world,” said Elina Bardram, head of the EU negotiating team.

In Paris, countries agreed to review — and ideally increase — their climate efforts every five years, starting in 2023.

Developed countries have pledged to provide $100 billion a year in climate finance to poorer countries by 2020, but that promise is coming under tough scrutiny from developing countries.

Coming up with the cash is seen as key to maintaining confidence that countries will stick to the deal — something that’s been badly shaken by Donald Trump’s plans to withdraw the U.S. from the Paris agreement.

Poorer countries also want greater clarity on the money they can expect in the future.

Rich countries, however, argue that domestic budget rules make it hard for them to report on finance flows long into the future.

Developed countries also want to be flexible in counting a broad range of financial flows as climate finance. A rich country grouping including the U.S., Japan and Australia proposed looser accounting rules that don’t differentiate between what is “new and additional” support from already existing aid flows. 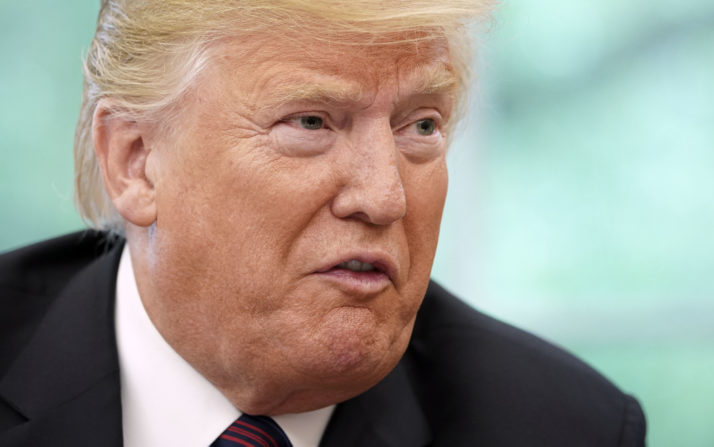 “In Bangkok, as at so many meetings before, the climate finance issue stalled progress,” Abdulla said.

Looming over the issue is the U.S., which under Trump has broken with the idea of sending climate cash to poorer countries.

NGOs complain that the EU and countries like Norway and Canada have been “hiding” behind the U.S., without tabling proposals of their own. “They are letting [the U.S.] play the bad cop and not stepping up to what needs to be done,” said ActionAid’s Singh.

That’s something EU diplomats reject. They are aware that in the absence of U.S. diplomatic and financial support, it’s largely up to the bloc to deliver the cash to make the global deal work.

“It’s natural that developing countries are feeling uneasy with some of the key donors being where they are now politically,” said Bardram. She said the EU “has been working very hard on finding solutions” and countries “should by all accounts feel reassured at least of our willingness.”

Developed and developing countries are also at loggerheads over how to report on emission cuts.

Wealthier countries, however, don’t want to be liable for loss and damage claims in vulnerable countries.

Developed countries such as EU members and the U.S. want a common set of transparency and accountability rules that ensure climate efforts can be measured and compared across countries.

China and other emerging economies are not keen on formal scrutiny and want some reporting obligations to only apply to rich nations, an idea rejected by wealthy countries, including the EU.

The EU and China are working together, but there are moments during negotiations “where some of the old oratory creeps in,” said Bardram, the EU negotiator.

In Paris, countries agreed to review — and ideally increase — their climate efforts every five years, starting in 2023. The goal is to steadily ramp up commitments in order to eventually hit the deal’s goal of keeping global warming to well below 2 degrees.

Developing countries, however, also want to broaden the review exercise to boost support for countries already suffering from climate-related events such as droughts, fires and floods.

They “lack the tools and resources to cope with the devastating impacts of climate change,” said Gebru Jember Endalew, the chair of the least developed countries group. “Addressing loss and damage is integral to an effective global response to climate change.”

Wealthier countries, however, don’t want to be liable for loss and damage claims in vulnerable countries. They worry that they’ll be on the hook for billions of dollars in compensation as floods, droughts and storms become more frequent.

“We face devastating climate impacts and some of us could be lost forever to rising seas,” said the Maldives’ Abdulla.