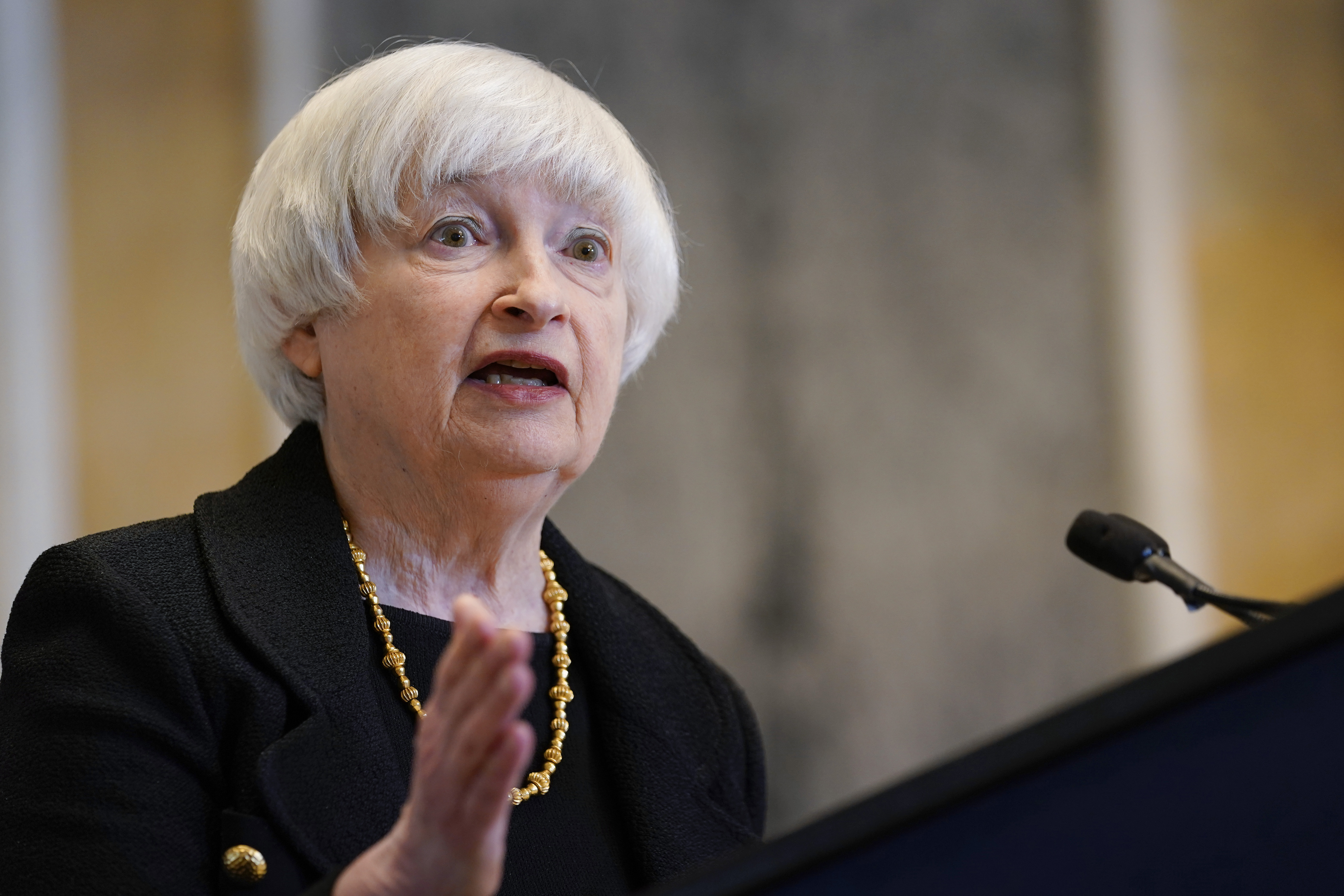 But Yellen was noncommittal on whether the U.S. could use some of the hundreds of billions of dollars in foreign reserves from the Russian central bank, which the Biden administration and its allies have frozen, to help cover the rebuilding costs.

The size of the latest U.S. contribution and Yellen’s tentative comments on finding further economic aid underscore the challenges the administration faces in trying to help the Ukrainians survive the Russian onslaught, even as much of the world condemns Moscow’s actions. The U.S. has helped coordinate sanctions that have walloped Russia’s economy, and the international community has provided or pledged more than $24 billion in assistance in 2022, according to Treasury estimates.

But some European allies are still resisting a full Russian oil and gas embargo because it could have significant ripple effects on global energy prices and economic growth, while other major economies have refused to criticize Russia’s invasion. Those fissures were on display at the Group of 20 meeting in Washington on Wednesday, when Yellen and some European and Canadian officials walked out in protest as the Russian finance minister began speaking, while others, including officials from China, India and Brazil, stayed put.

Ukrainian officials came to Washington this week seeking a $50 billion aid package from international allies as it braces for a massive financing shortfall over the coming months. Oleg Ustenko, a top adviser to President Volodymyr Zelenskyy, told POLITICO that officials hoped the Group of Seven countries would commit to an initial $10 billion in financial support, with the U.S. shelling out roughly half of that amount.

Asked where Ukraine will get the remainder of the money needed to continue financing its government, Yellen said G-7 members have had discussions this week along with the heads of the International Monetary Fund and World Bank about how to raise the funds.

“We stand united in recognizing we’ve got to find ways to meet Ukraine’s needs,” she said, adding that the administration intends to go back to Congress with another supplemental request for aid.

The administration is expected to formally request more money next week, a spokesperson for House Speaker Nancy Pelosi said. “The Speaker hopes to bring the request to the floor as soon as possible with strong bipartisan support, but there’s no specific timeline for a floor vote at this time,” Drew Hammill said in a tweet.

Yellen didn’t provide details on how much more money the administration would seek.

IMF Managing Director Kristalina Georgieva said at a Ukraine roundtable on Thursday that the fund estimates that “that over the next 2-3 months some $5 billion a month may be needed simply to allow the government and the economy to continue to operate in the midst of the war.”

The $500 million announced by the Biden administration on Thursday comes from an earlier aid package Congress approved this year and builds on the $500 million that President Joe Biden committed to Zelenskyy in March, Yellen said. It would help Ukraine continue critical government operations, such as salaries, pensions and other social assistance programs that Yellen said are “necessary to avoid a worsening of the humanitarian situation.”

“The needs of Ukraine are urgent and we plan to deploy this direct aid to Ukraine as soon as possible to be used on the most urgent needs,” she said.

Ustenko and others have suggested that the U.S. should divert some of the frozen Russian central bank foreign reserves toward Ukraine’s rebuilding effort.

Yellen said it makes sense to look to Russia to help provide some of what’s necessary to help Ukraine rebuild, the costs of which “ultimately are going to be enormous.” But she said it’s not clear the U.S. would be able to take those foreign reserves without a legislative change and explicit authorization by Congress. And she declined to say whether Treasury would support such a move.

“That is a very significant step,” Yellen said. “And it’s one that we would carefully need to think through the consequences of before undertaking it. I wouldn’t want to do so lightly, and it’s something that I think our coalition and partners would need to feel comfortable with and be supportive of, and I think we would need to have all those discussions thinking through those issues before I would want to say what our position would be on that.”