Home Featured U.S. will train Ukrainians on Patriot system in Oklahoma as soon as next week 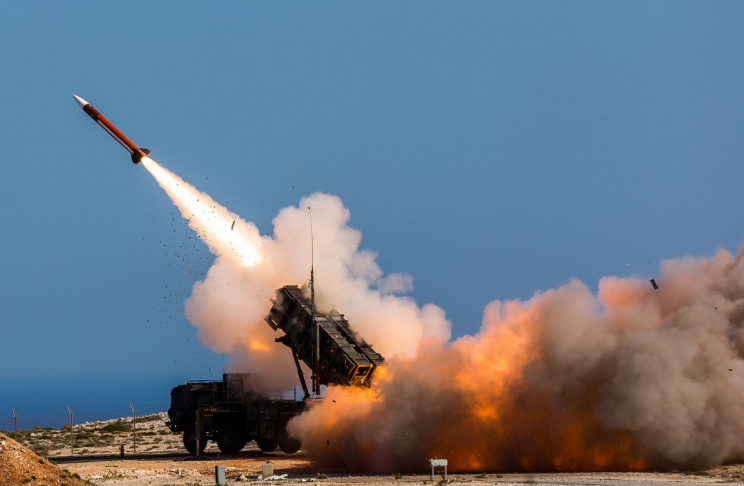 U.S. will train Ukrainians on Patriot system in Oklahoma as soon as next week

The Biden administration announced last month that it would provide a Patriot missile system — a sophisticated air defense system designed to shoot down incoming missiles and aircraft — to Ukraine to help it counter Russian attacks. One Patriot battery, which includes several support vehicles carrying control stations, radars and generators, typically takes around 90 troops to maintain and operate.

“Once fielded, the Patriot will contribute to Ukraine’s air defense capabilities and provide another capability to the Ukrainian people to defend themselves against Russia’s ongoing attacks,” Ryder said, noting that Moscow has intensified its bombardment of the country in recent months.

The Patriot will enable the Ukrainians to take down threats from ballistic missiles to enemy aircraft, he said.

But the Patriot won’t actually arrive on Ukrainian soil until forces are trained on how to use it, Defense Department officials have said. Patriot training normally takes up to a year, but the Pentagon is working with Ukrainian forces to speed that up, Ryder said.

The course will include classroom instruction, time in a simulator and exposure to the system itself.

“A variety of factors are taken into account in terms of: How is this capability going to be employed in Ukraine? What are the kinds of tactics, techniques and procedures that will be most relevant to them to employ on the battlefield? And how can we adjust the curriculum in order to expedite the training, recognizing again that there’s a fight going on and that we need to get this system there,” Ryder said.

But he stressed that officials won’t rush the training.

“Nothing will be done that would prevent this from being employed to the maximum, most effective way possible,” he added.

Germany is also sending a Patriot system to Ukraine, so it’s likely that at least one more batch of 90 Ukrainians will need to go through the training. Ryder declined to comment on future courses.

The U.S. still has not said whether the Patriot it is sending to Ukraine will come from U.S. stocks or from a deployed location. It’s likely the military will move one of the systems out of storage instead of pulling a battery from an overseas location, POLITICO reported. Patriots are in high demand around the world, particularly in the Middle East where they are defending against Iranian drones and cruise missiles.

The U.S. has committed more than $24.2 billion to Ukraine since Russia invaded on Feb. 24. The most recent tranche of $2.2 billion to Kyiv, announced last week, included 50 Bradley Fighting Vehicles.

In addition, the Pentagon is now weighing sending a number of Stryker armored combat vehicles, which could be part of an upcoming package of aid, POLITICO reported Monday.