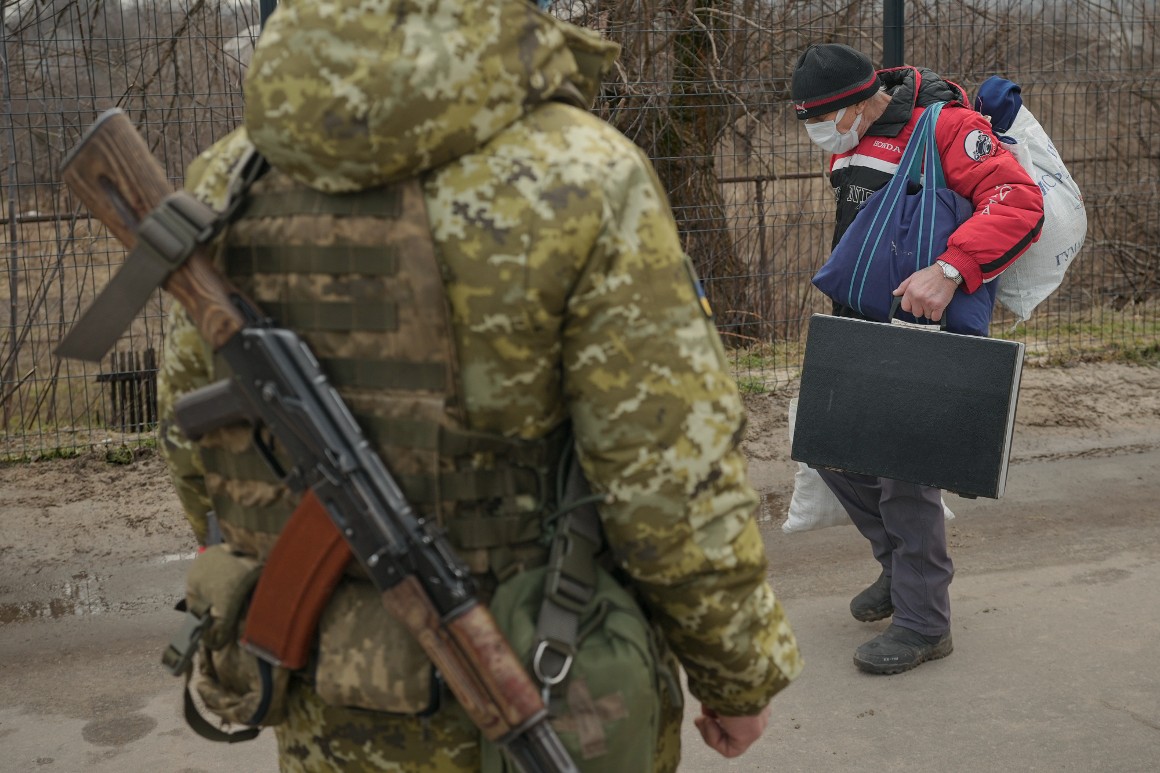 Three official sources in Washington and Europe said intelligence shared with them by the United States pinpointed Feb. 16 as a possible start date for the invasion. Publicly, however, aides to President Joe Biden would not confirm a specific date other than to say that — counter to much public speculation and some previous assessments from Washington — an invasion could begin before the Feb. 20 end of the Beijing Winter Olympics.

On Friday, Defense Secretary Lloyd Austin ordered 3,000 troops from the 82nd Airborne Infantry Brigade Combat Team to Poland, a senior DoD official told POLITICO. The contingent will add to forces ordered to deploy there last week and will bring the total number of U.S. troops sent to Poland and Germany to 5,000. Additionally, 1,000 soldiers based in Germany were also sent to Romania last week. The U.S. also sent four U.K.-based F-15 fighters to Poland.

The troops are being deployed to reassure NATO allies and “deter any potential aggression against NATO’s eastern flank,” the Pentagon official said. These troops are in addition to the 8,500 the Biden administration pledged to make available to join the NATO Response Force should Putin move into Ukraine.

The head of Norway’s military intelligence service, Vice Adm. Nils Andreas Stensønes, told reporters in Oslo on Friday that the Russians have “all they need to carry everything out, from a minor invasion in the east to minor attacks here and there in Ukraine, or a complete invasion, with, possibly, an occupation of all or parts of Ukraine.”

White House national security adviser Jake Sullivan on Friday implored U.S. citizens to leave Ukraine within the next 24 to 48 hours. He told reporters that he was not saying Putin had decided to invade, but made clear that the signs were there. He also spelled out what could happen.

“If a Russian attack on Ukraine proceeds, it is likely to begin with aerial bombing and missile attacks that could obviously kill civilians without regard to their nationality,” Sullivan said.

There are well over 100,000 troops arrayed along the Ukrainian border, stretching from Crimea in the south to Belarus in the north. Satellite photos show that the arc of troops is well-stocked with tanks, armored infantry carriers, missile defense systems and deadly multiple rocket launchers, all just miles from Ukraine’s border.

In the Black Sea, a large flotilla of amphibious ships has arrived carrying hundreds of Russian naval infantry along with their armored amphibious vehicles that could pour ashore near the city of Odessa.

The Kremlin also announced that it would hold live-fire naval drills in the area Feb. 13-19, essentially blocking swaths of the waterway around Odessa and severing access to Ukrainian ports on the Sea of Azov.

The exercises, to be conducted by the Black Sea fleet, will likely include the missile cruiser Moskva, several guided-missile frigates, corvettes and mine-hunting ships, and diesel-powered submarines.

In response, Germany and Spain have committed to sending several fighter jets to assist Bulgaria and Romania in monitoring movements in the Black Sea.

The U.S. is expected to announce early Saturday that nearly all American staff at its Kyiv embassy will be required to leave the country.

In a statement late Friday, the U.K. urged British nationals to “leave now via commercial means while they remain available,” while the Netherlands, Norway and Israel all issued statements warning their citizens against travel to Ukraine, Belarus and Russia.

“[The] Russian army concentration is unprecedented” along the Ukraine border, the Polish official said. “But it is at least equally likely that we might face something less than outright large-scale conflict. Provocations, smaller or bigger incidents here and there, little green men etc. — that’s Putin’s playbook.”

Lili Bayer and Erin Banco contributed to this report.