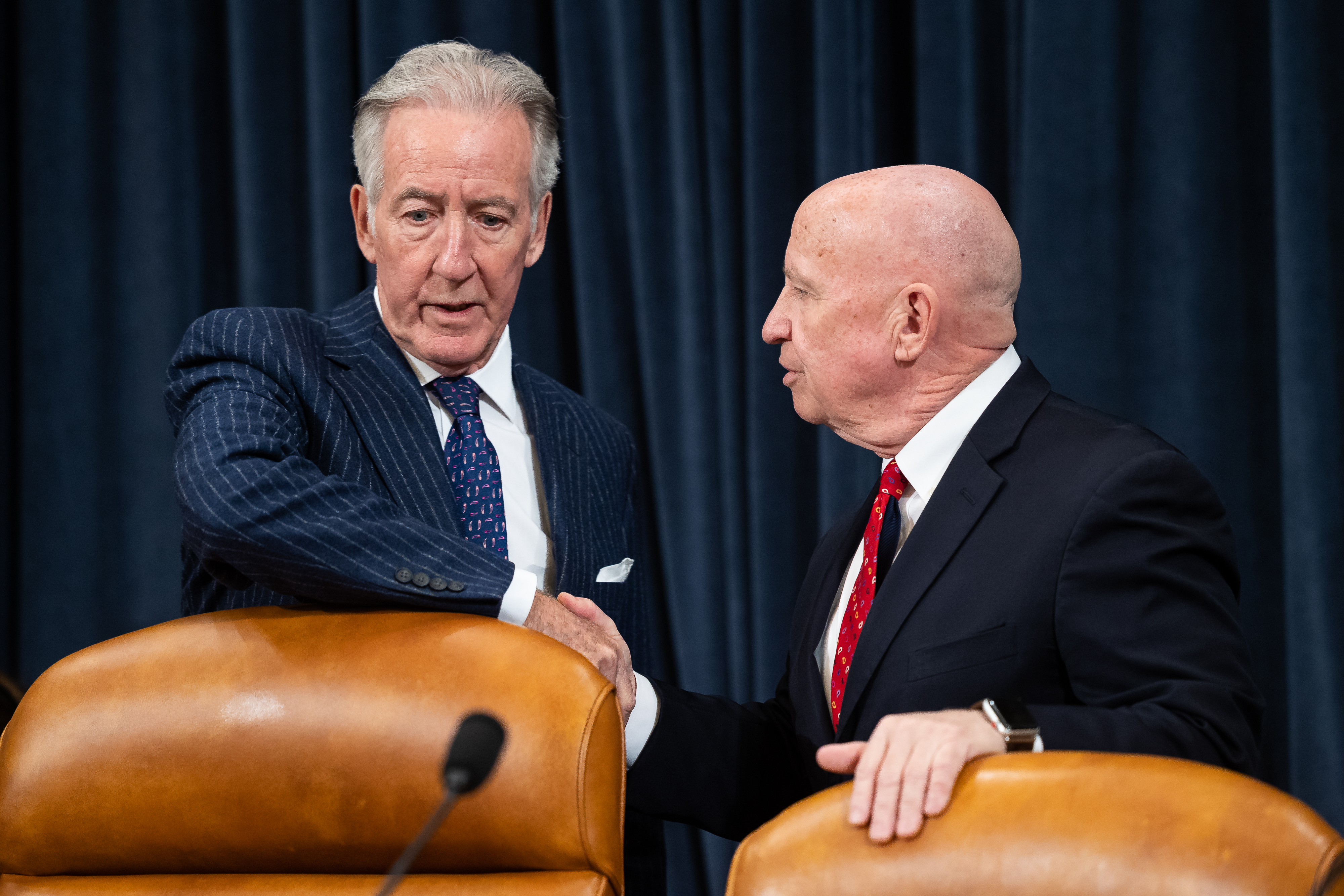 And though the IRS has a longstanding policy of automatically auditing every president, Democrats say the agency did not begin vetting Trump’s filings until they began asking about them in 2019.

Trump frequently claimed he was under continuous audits by the IRS to justify his refusal to voluntarily disclose his taxes, which snapped a longstanding tradition of presidents and White House contenders volunteering their returns.

The revelations, which came after House Democrats voted Tuesday to make Trump’s returns public, marks the culmination of the long-running mystery of what’s in his filings, something he’s fought for years in court to conceal. It promises to create yet another controversy for the scandal-plagued Trump, one that is sure to shadow his bid to return to the White House and raise uncomfortable questions for his fellow Republicans.

It also puts a spotlight on the IRS as well, including its recently departed commissioner, Chuck Rettig, and its promise to impartially administer the tax code.

At the same time, it is a last-minute victory for Democrats, particularly Ways and Means Committee Chairman Richard Neal, who waged a three-and-a-half year court battle for the returns but whose enthusiasm for the fight was often questioned by his party’s liberal wing.

Neal obtained the returns just last month, after the Supreme Court declined to block their release to him, and Democrats raced to get the information out before they slip into the minority in the House on Jan. 3.

Democrats said it would take some time to scrub the filings of Trump’s personal information, such as his Social Security number and addresses, but that the returns would be released in the coming days.

But Democrats asked the Joint Committee on Taxation, a nonpartisan office of tax lawyers and economists that advises lawmakers on tax issues, to examine Trump’s filings and lawmakers released the agency’s findings along with their own report on the IRS audit system.

Though Trump has cultivated an image of a wildly successful businessman, and bragged about paying little in taxes, he appears to do that mostly by reporting big losses.

In 2015, JCT said, Trump reported making more than $50 million, through a combination of capital gains, interest, dividends and other earnings. That was offset though by more than $85 million in reported losses.

He was hit by the alternative minimum tax that year, a levy designed to make it harder for the rich to zero out their tax bills. It generated a $641,931 tax bill.

The following year he reported making $30 million but also claimed $60 million in losses. He was dinged again by the AMT that year, though he still ended up owing just $750.

JCT did not itself audit Trump’s returns and did not attempt to verify the numbers he reported. It criticized the IRS though for not more vigorously examining the filings.

The IRS has a policy dating to the Nixon administration of automatically vetting every president’s returns — something designed to both assure the public that the tax system is being administered equitably and also to spare the IRS from having to make politically fraught decisions over which presidents to audit.

Little is known publicly about how that process work. A 1998 law makes White House meddling in audits a felony.

Neal told reporters though he had not come across evidence that Trump had tried to influence the agency when it came to examining his taxes.

The super-rich are typically subject to relatively high audit rates. The IRS says it examined 8.7 percent of those who made more than $10 million in 2019.

It is highly unusual for lawmakers to forcibly release private tax information, and Trump was not legally required to disclose his taxes.

But he defied a decades-old tradition of presidents volunteering their filings, incensing congressional Democrats who seized his returns under a century-old law allowing the chairs of Congress’s tax committees to examine anyone’s private tax information.

Many Democrats said the public not only had a right to know about Trump’s finances, they also said they wanted to know how vigorously the IRS was questioning the president’s returns.

Republicans scoffed, saying Democrats were simply looking for ways to embarrass Trump and warned Neal’s move would create a precedent that could be used against other people.

Democrats got his personal returns as well as a handful of business filings from 2015 to 2020 — mostly coinciding with Trump’s time in office.

Some said Democrats did not demand to see enough of Trump’s records, arguing they should have asked for more from previous years, before he was running for president, that could have still been under audit when he came to the White House.

Democrats’ impending release of the returns will create an opportunity for a crowdsourced audit, with outside tax experts eager to weigh in, something Trump confidante Michael Cohen told Congress in 2019 that Trump feared if they ever became public.

“What he didn’t want was to have an entire group of think tanks that are tax experts run through his tax returns and start ripping it to pieces, and then he’ll end up in an audit and he’ll ultimately have taxable consequences, penalties and so on,” Cohen said.