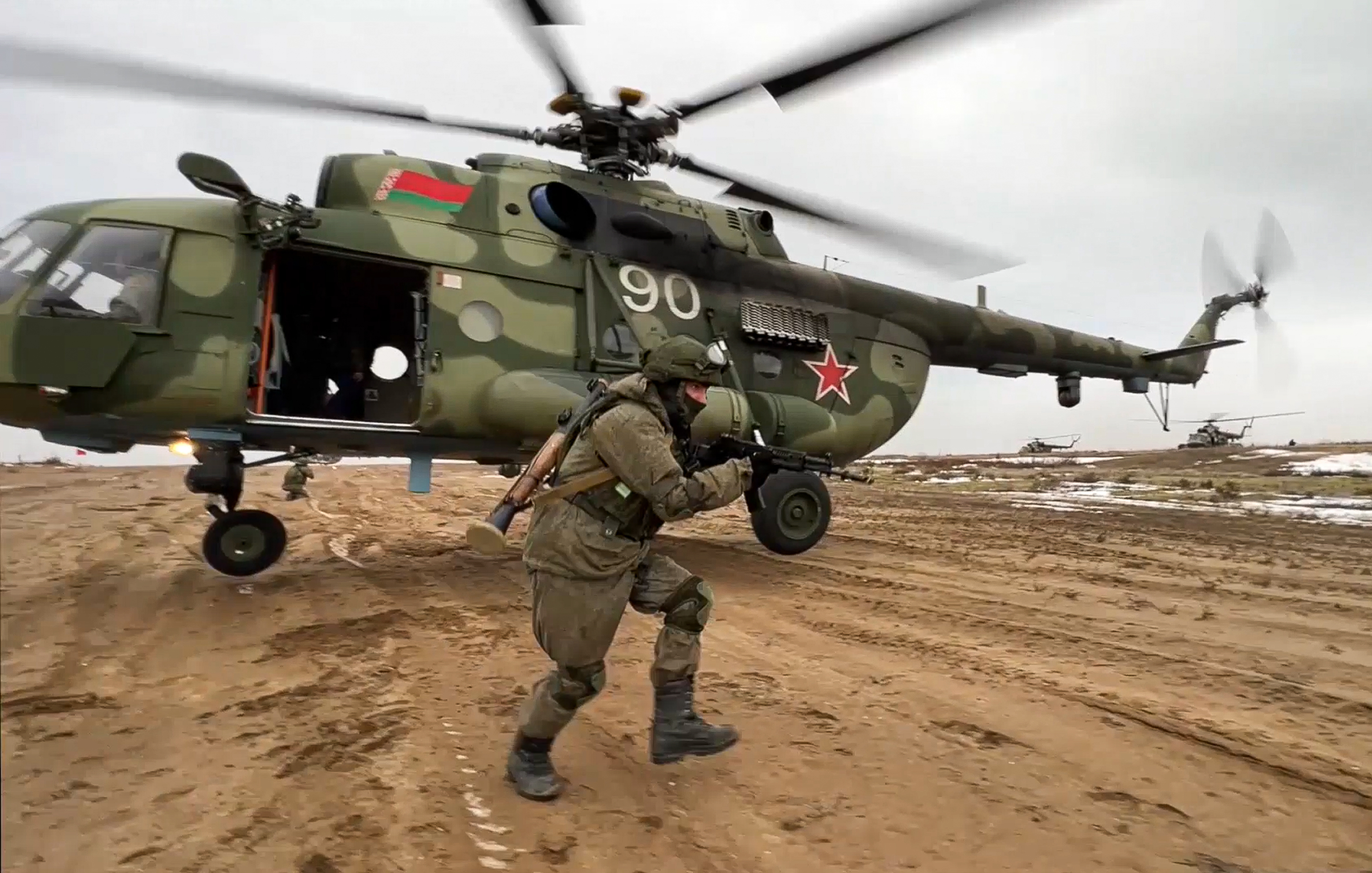 “We have reinforced and implemented the biggest reinforcement of collective defense since the end of the Cold War, with battlegroups in the Baltic region in — in Poland, with increased defense spending every year since 2014 and with a higher readiness of the NATO forces,” Stoltenberg said.

The attacks came as up to 190,000 Russian soldiers continued to move toward the Ukrainian border from almost all sides.

“Russian forces appear to be taking final positions for a possible attack. If so, they could be able to do it within a matter of days,” said Michael Kofman, Russia studies director at CNA.

Open source intelligence reports show there are Russian forces north of Kiev in Belarus and trailing along Ukraine’s border with Russia, down to Crimea in the south, Kofman told POLITICO.

If Russia attacks, Kofman said it will likely begin with an airstrike because there are a large number of aircraft deployed near the Ukraine border. He expects Russia will encircle Kiev, and simultaneously “envelop the bulk of Ukrainian forces in the eastern part of the country.”

The White House and Department of Defense declined to comment on Russian troop movements on Sunday, while the Office of the Director of National Intelligence and the CIA did not respond to requests for comment.

U.S. Defense Secretary Lloyd Austin told reporters in Lithuania on Saturday that Russian “forces are now beginning to uncoil and move closer to the border,” and that military field hospitals, logistics and combat aviation were in “command and controls modes.”

U.S. and European officials are also on high alert for Russian cyberattacks against Ukrainian critical infrastructure and potentially against Western allied nations. Anne Neuberger, the deputy national security adviser for cyber and emerging technology, told reporters at the White House on Friday that the Biden administration was formally attributing Distributed Denial of Service attacks that took out Ukrainian government websites and some banking operations last week to the Russian government. Neuberger warned that more attacks had likely been planned against Ukrainian critical systems.